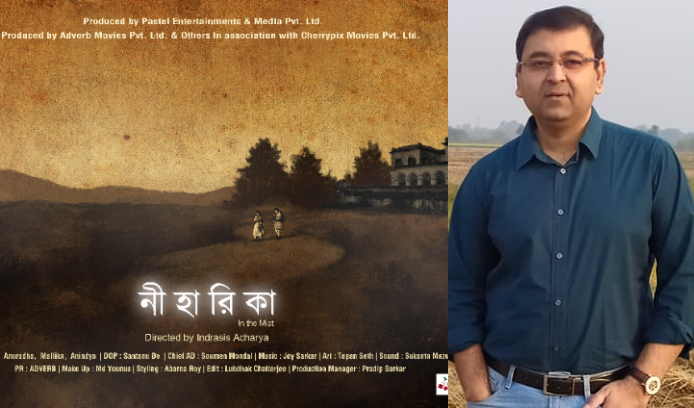 Filmmaker Indrasis Acharya waited for almost three years to make Niharika (In the Mist). A Bengali film about gender identity crisis, a subject he dealt with for the first time, Indrasis says he had stopped approaching producers. The Pupa director then preferred an indie approach to make Niharika, a movie he says is “extremely close to his heart” and “the best among his lot.” No, not crowdfunding but Indrasis went the ‘acquaintance funding’ way to finally make Niharika happen.

“I didn’t have any producer. Whenever I went to a producer in West Bengal, they came up with the same idea. My films are too serious. But then, all my previous Bengali films — Bilu Rakkhosh, Pupa and The Parcel — have done business. They might not have set the cash registers ringing but the films went to OTT, got premiered at various festivals and bagged awards. There are many filmmakers, whose movies fail to do any sort of business,” he says.

After much struggle, Indrasis found hope when Pastel Entertainment came forward to start the initial shoot of Niharika. “I shot a three-minute extract and sent it to all my acquaintances. 50 per cent of them responded spontaneously. While some shelled Rs 1 lakh, 2 lakh, there were many who gave Rs 7 lakh and even Rs 10 lakh. Ultimately, we got 17 co-producers to fund Niharika,” says the director.

Starring Anuradha Mukherjee, Shilajit Mazumdar, Anindya Sengupta and Mallika Mazumdar, Niharika is a saga of a woman who finally empowers herself after passing through an abusive childhood. In the film, Anuradha, who plays the central character, will be seen embracing a house in a no man’s land. She is in isolation and searches for her own ‘gender identity’. The house she resides in is called ‘Niharika’.

“The intention was to tell a story about women empowerment under an atmospheric environment, expressing pain of gender identity crisis and then not being accepted as per their own choice. Niharika is a story of believing in love without any inhibition and boundary of a modern woman with the help of natural beauty around her and the house she lives in. I think it’s my best work till date,” says Indrasis Acharya.

Shot in Kolkata, Madhupur, Giridi and Shimultala for more than one-and-half years, Indrasis Acharya has captured all the seasons in Niharika. The filmmaker is yet to set a release date for the movie. He says he will have to raise funds again to plan the release.