More
More
HomeUncategorized#DocsTalk on COVID 19- At a Glance

#DocsTalk on COVID 19- At a Glance 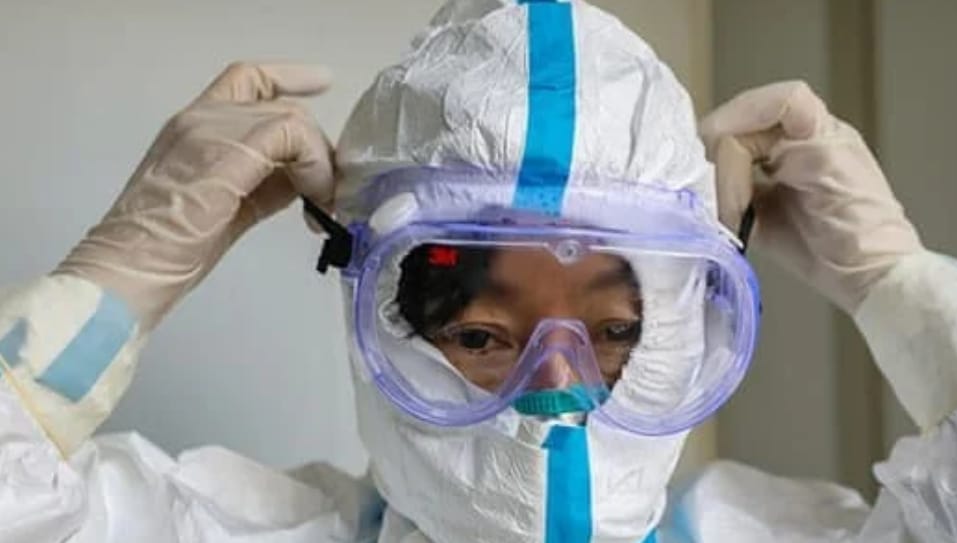 The entire nation has prepared itself to battle the deadly COVID19 which has already affected more than 3,00,000 people globally, with more than 16000 deaths. It is gradually spreading around 192 countries all over the world. Several Central and State governments are putting cities under lock-down and many have declared curfews.

Italy, which is now the worst affected country, has declared a state of emergency and military vans have been deployed in many areas to ensure strict vigilance. As far as India is concerned, cities like Mumbai, Punjab and Kolkata have already declared lock-down.

A sense of panic has already been created in the minds of the people regarding the spread of the virus. The Center for Disease Control and Prevention (CDC) declared that since the virus had a high risk of transmission. Physical or social distancing is one way to prevent the spread of COVID19. They have already advised to avoid crowded places and to maintain social distance from others. The CDC also says that elderly people with underlying medical conditions may respond strongly to the stress of the COVID 19 outbreak. Also, proper measures should be taken to separate ill people from the rest.

Doctors have suggested that an extra room should be there in the house and people who are ill or have travelled from overseas should isolate themselves from the rest. If possible, they should be made to use a separate bathroom. Everyone should abide by these measures to keep themselves safe from the virus and simultaneously help to keep others safe around them and prevent a community spread.

As of 24th March,2020 India stands at a position where around 500 people have been affected with 10 deaths reported. A few days ago, Prime Minister Narendra Modi had called for a Janata curfew on the 22nd of March, to observe and compel the people to practice social distancing. People were also asked to stand in their balconies, at the window at 5:00pm and clap, ring a bell or bang a plate to pay tribute to healthcare and other workers in the essential services who are out during the lock-down.

After the observance of the curfew, all state Governments urged their people to prepare for a lock-down until the situation gets better. As per the decision of Prime Minister Modi, the curfew for a day prepared people to practice how to isolate themselves from crowds, which will help to moderate the spread of the disease. “We welcome Prime Minister’s call for adopting social distancing strategy. Effective implementation of the strategy will go a long way in controlling the spread of the virus along with hand-hygiene, and coughing and sneezing in one’s sleeves. Even as we maintain social distancing, it is equally vital to stand together in solidarity to overcome this challenge,” says Dr Henk Bekedam, WHO Representative to India.

One of the biggest challenges that India faces, is that compared to the huge population of the country,the number of healthcare centres and hospitals and the number of beds are limited to handle a major outbreak. “If there is an outbreak of the disease here in India just like it happened in Italy then, India will witness a massive number of people affected which is almost around 30 crores. Because if that is the number, then at least 10 lakh ventilation systems will have to be arranged to save lives, which unfortunately India doesn’t have” says Dr Dipak Kumar Chattopadhyay,  Consultant Surgeon and Senior Visiting Surgeon at Dumdum Municipal Specialized Hospital and ILS Hospital Dumdum.

Dr Chattopadhyay also states that people should wash their hands and maintain a 2 metre distance from anyone and practice social distancing. “We should try to follow all types of precautions so that we don’t progress from stage 2 to stage 3, however the progression has already started.  Doctors will work in house from now on, to prevent any kind of transmission. If they are getting affected, then they should be treated and once they recover they should be brought back in the frontline as their body will develop the required antibodies and develop immunity”.

Talking about social distancing he mentions “People should not unnecessary travel and should distance themselves from other people. Also people should stop circulating fake news as it creates a lot of panic amongst people and creates anxiousness. ” Adds Dr Chattopadhyay.

Dr Kabita Chatterjee, Consultant Oral and Maxillofacial Pathologist also talks about how the spread of the disease can be stopped further and about the possible preventive measures which are to be taken. “The first thing which is of utmost importance is isolation, which is highly recommended. Everyone should self-quarantine themselves as much as possible. We should increase our intake of nutritious foods, such as foods which are rich in Vitamin C, and profuse fluids should be incorporated in our daily routine to boost our immunity system. It is a droplet infection, which may not be air-borne; Hence it is important that we do not get close to anyone who is COVID-19 positive, which might increase the chances of infection.”

While many celebrities across the country are taking on the safe hands challenge, Dr,Chatterjee also talks about the importance of washing hands thoroughly.“One should regularly wash their hands before touching their face. Wash hands with soap for at least 20 seconds as it will help to break the viral layer which is basically a liquid layer surrounding the virus. This will reduce the risks of contamination”. Talking about physical distancing, she mentions that separating from the crowd and physically isolating themselves will also help the people to stay safe.

Since there is an existing problem in the country with the number of beds and isolation wards not enough, the Central and State government has taken several steps to convert stadiums into isolation wards. Dr Chatterjee further mentions,“Hospitals and Medical Colleges such as R.G.Kar Medical College, Baranagar’s Sagore Dutta Hospital, have set up isolation wards to treat patients. Every doctor should wear masks and gloves and sanitise their hands regularly to keep themselves safe”.

The recent ICMR Directive clearly stated that there is no specific drug for the virus, because there is a constant mutation of the virus. Many doctors and microbiologists are saying that the virus is seen having new trails as their genetic configuration is rapidly changing, which is seen in China now. Many scientists and microbiologists are claiming that whenever there is an emergence of a virus, the human body forms antibodies and tries to combat infections. But if their composition and type keeps changing, that poses a huge threat to the immune system of human beings. This is why the virus is considered so deadly.

In fact, doctors say that the virus which has affected Italy, is now different in structure, than what it used to be in China. Therefore proper preventive measures should be taken. WHO approves the anti –malarial drug Chloroquineto healthcare persons like doctors and nurses, to combat the COVID-19 disease, though the dosage varies.  Scientists and health professionals world over are constantly trying to come up with vaccines and drugs to treat the disease.

Based on the initial understanding of the spread of the COVID-19 infection, the mathematical modelling done by ICMR suggests, that entry screening of travellers with symptoms suggestive of COVID-19 can delay the introduction of the virus into the community by three days to three weeks. Strictly implementing social distancing measures such as home quarantine of symptomatic and suspected cases will reduce the overall expected number of cases by 62% . Also the number of cases will peak at 89%, thus “flattening” the curve and providing more opportunities for interventions. These model projections are subject to substantial uncertainty and can be further refined as more needs to be understood about the rate at which infection of this novel virus transmits among susceptible individuals. (Source: ICMR; icmr.nic.in)

Places outside Kolkata such as Chhatisgarh, are also battling constantly the sudden outbreak of the COVID-19. The Balco medical hospital has made a separate isolation ward with 50 beds to admit COVID1-9 patients. Dr Dipmalya Chatterjee , Consultant Onco Reconstructive Surgeon at Balco Medical Centre, Naya Raipur, Chhatisgarh says that that the situation is getting worse and it is high time that proper measures are taken.

“Apart from washing hands regularly,people should distance themselves, restrict house help from coming into the house and maintain a safe distance from people who are coughing and sneezing. One most important thing which everyone must remember, is that people should avoid going to hospitals and meeting doctors physically because it will increase chances of contamination.” Says Dr Dipmalya Chatterjee.

Dr Chatterjee further adds, “If there is any appointment or operation scheduled, it should be postponed. Unless it is any emergency, people should refrain themselves from meeting doctors and should avoid entering any hospital premises. Also, every visitor coming from a foreign country must self-quarantine themselves for a period of 14 days to stop spreading any kind of infections.”

All over the country, doctors and the healthcare sectors are under a lot of pressure to tackle the spread of the disease. What is alarming is that the rate of transmission of the disease is very rapid and very soon if proper precautions are not taken, then citizens of India will be in high danger.

Dr Monalisa Saha, who just completed her MBBS and is currently interning with K.P.C. Medical College, also voices her opinion. “People should not panic. It is a good chance to stay at home and people should make the most of it. Also stock up all necessary items at home and maintain hygiene. Wearing masks and gloves while stepping out is very important because it will prevent all types of infections. If anyone develops flu like symptoms, it is important to visit the doctor and get yourself treated. Social Distancing is the best way to stay safe at this juncture”. Says Dr Saha.

World Health Organisation (WHO) has mentioned a slew of measures and steps to prevent the transfer of the disease and how one should prepare them to keep themselves safe in a bid to avoid transmission of the disease.