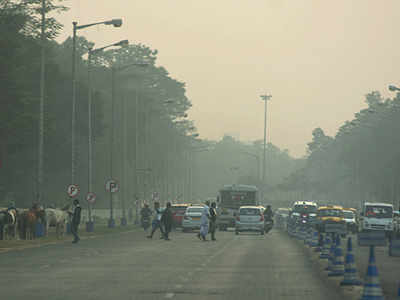 On the occasion of National Doctors’ Day, leading doctors from Kolkata raised an alarm bell on taking immediate measures on air pollution mitigation that is gradually emerging as the ‘Next big killer after COVID.’ A perception study conducted by SwitchON Foundation was presented at the doctor’s roundtable uncovered that children below 10 years of age, elderly above 50 years, and people with low household incomes are the most vulnerable to health problems that can be attributable to air pollution. A virtual roundtable was organized with 5 leading doctors from Kolkata. The event was attended by over 30 educational institutions and more than 100 youth and citizens participated.

Like COVID-19, air pollution is emerging as a serious health problem in fast urbanizing world cities. The problem of rapidly declining air quality in Bengal is becoming gruesome with each passing day, reaching its worst, particularly in the winter months. A LANCET-ICMR report of 2020 revealed that air pollution deaths in Bengal were almost 7 times higher than the total number of COVID deaths mourned by the State.

“While we can protect ourselves from COVID-19 by isolating and getting vaccinated, it is frightening to think we do not have a remedy to the severe health risks posed by air pollution. Our immune systems are not developed to breathe toxic substances,” said Dr. Arup Halder, Consultant Pulmonologist, Woodlands Multispeciality Hospitals

As per CSIR NEERI, a massive 25% of particulate matter pollution in Kolkata comes from vehicular emissions which shows that while Kolkata’s pollution problem is increasing, it’s largely anthropogenic and hence it is solvable through stringent measures.  Vehicles are the largest contributor to air pollution in Kolkata and we must find ways to promote cycles, electric vehicles in the city at a rapid pace, or we may be staring at another health crisis in the coming years with no easy fix or anywhere to isolate. Said Vinay Jaju from SwitchON Foundation.

“Air pollution needs to be given priority as Kolkata is going to see a surge of health problems linked to air pollution in the coming years. There is an urgent need to address the issue, sensitize the public and urge all sectors to take stringent measures on priority” said Dr. Sanjukta Dutta, Consultant and Head, Emergency Medicine Department, Fortis Hospital, Kolkata

The study findings from over 2000 beneficiaries across Kolkata airshed comprising of the cities of  Kolkata, Barrackpore, and Howrah show that children below 10 years of age were affected by 3 times more and Elderly above 50 years of age were affected by 1.5 times more, by common respiratory health problems like sneezing, coughing, sore throat, sinus, and nasal congestion, which can be caused by exposure to various harmful pollutants present in both indoor and outdoor environments. Breathlessness and chest discomfort was most common among the elderly above 50 years of age. People earning Rs 5000 or less in a month experienced about 2 times more respiratory health problems than people earning higher. The level of formal education is linked with awareness of the issue as was seen in the study. 3 times more people without formal education perceived the air quality to be good as compared to people with formal education. This calls for inclusive sensitization campaigns, community debriefings, and inclusive planning in clean air mitigation.

“There is a need to sensitize the poor and the marginalized who are most affected as pollution in Kolkata become worse, Children, Infants and Elderly are the worst affected, and it is our moral duty to protect them by stopping air pollution,” said Dr. Suman Mallick, Clinical Director, Chief of Radiation Oncology, NH Narayana Superspeciality Hospital

“We need to understand our health systems are already stretched beyond their limits. If we do not treat air pollution as a health emergency, we might be repeating the same scenario as was seen in the case of the COVID19 pandemic” said Dr. MV Chandrakant, Consultant Medical Oncology, Narayana Superspeciality Hospitals.

The report recommends certain key things which could be taken up as immediate measures.  Administrative policies towards building a safe environment and breathing space are essential for maintaining the health integrity of the citizens. Towards this end, the state should function as a nodal agency to publicize the matter, build general awareness, issue health advisories from time to time and shift to sustainable mobility to better tackle the issue. Both the policies framed and implemented by the public need strict action to meet NCAP’s target of 30% emissions reduction from the 2017 levels.