Dr Arun T, IAS – Officer whose actions speak for him 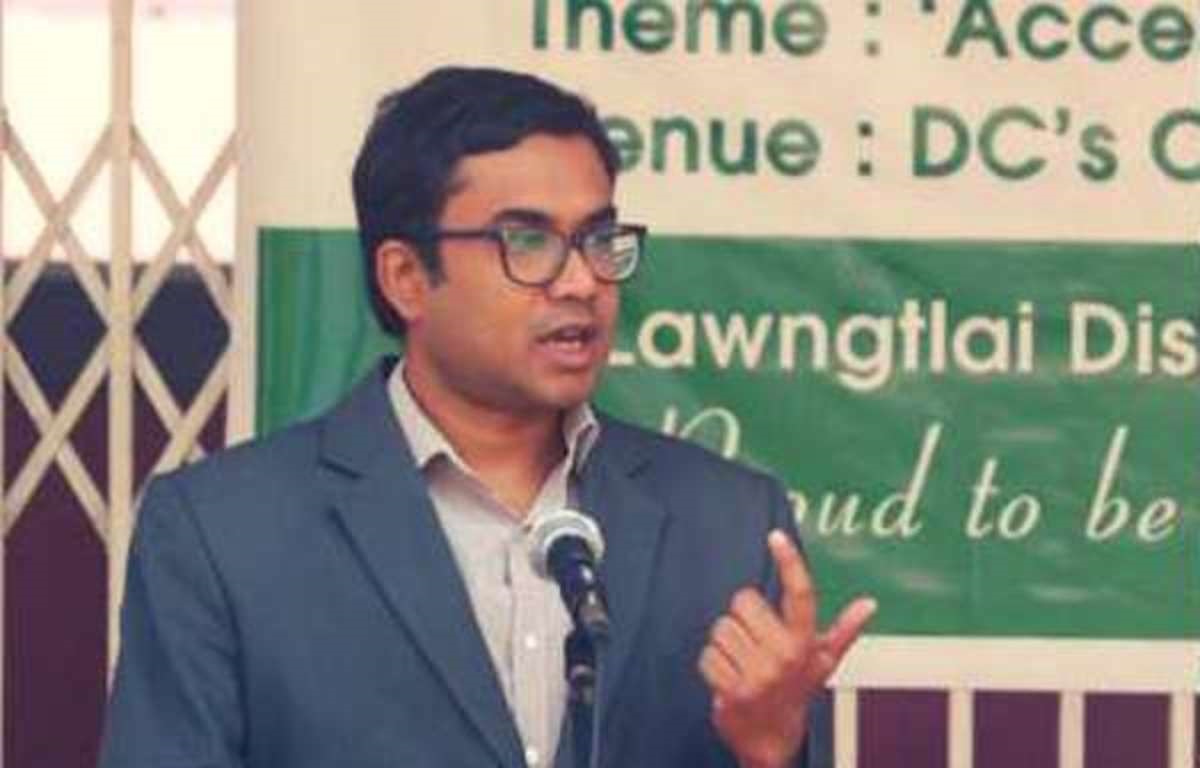 Puducherry, along with many other regions in India, is facing water stress. Years of demographic and economic growth have exerted considerable pressure on the available water resources of this union territory. Moreover, overexploitation of groundwater and large-scale incursion of seawater, especially after the 2004 tsunami, have led to major decline in the ground water quality of Puducherry. Media reports show water drawn from urban tube wells reveals the presence of a high quantity of either total dissolved solids (TDS) or iron. The farmers here are also facing difficulty because of the water table going down following absence of rains.

The path to progress

At first the district administration made an inventory of the water bodies by identifying them with the help of the revenue team and field surveyors, compiled them and geotagged them into an app called ‘Neer Pathivu’ (meaning water records). The mobile app was developed in coordination with National Environmental Engineering Research Institute based at Nagpur. Every water body was given a unique ID number based on its location.

“The restoration of water bodies was done only through CSR. The exercise was done without spending from the government exchequer,” informed Dr Arun T, IAS. Water bodies were allocated to various companies who wholeheartedly supported the initiative. The district administration assisted in removing the encroachments.

As of now 199 water bodies have been restored. “The local name, Neerun Oorum helped in mobilizing the community and made it into a mass movement. Unless people are made responsible the project cannot be made sustainable. Many schools, hotels have also come forward,” he said.

The doctor turned IAS officer who belongs to the AGMUT cadre is now the Secretary of Health Department, Government of Puducherry and the CEO of Puducherry Smart City.

Not long ago, in 2015, Dr. Arun T was posted at Mizoram where he brought about many people-friendly initiatives which made him popular among the citizenry. He served in the districts of Kolasib and Lawngtlai. He learnt to speak in the local Mizo language during his tenure which helped him build an emotional connect with the people.

Lawngtlai is a remote and relatively backward district of Mizoram located almost 286 kilometers away from Aizawl and shares a long border with Myanmar and Bangladesh. Dr. Arun T, IAS mentioned that connectivity was a major challenge at Lawngtlai as many villages could not be reached by road. Incessant rains add to the difficulty.

“The remoteness and difficult terrain proved to be hard for doctors to attend to patients in the district. So we thought of initiating the facility of telemedicine,” Dr. Arun T shared. Eventually, Lawngtlai district hospital collaborated with Puducherry’s Jawaharlal Institute of Postgraduate Medical Education and Research (JIPMER), who became pioneers of the telemedicine project.

Absenteeism of teachers was also an issue in the district. It was found that teachers worked in administrative and clerical positions instead of teaching. The Lawngtlai administration came out with a rotational policy wherein a teacher who has worked in a far flung area can get the opportunity to work near the sub-taluka and then near the district headquarters.

Dr. Arun T had also started the first Rhododendron Festival in the district in 2018 with the objective to give a boost to tourism. Rhododendron is a flower species that grows in areas of high altitude. It blooms once a year during the months of February-March. The flower is also found atop the Blue Mountain, the tallest peak at Mizoram, located at Lawngtlai. “The then Governor of Mizoram had inaugurated the festival which promoted the local culture and products like the famous honey found in the district. It started as a two-day event with musical and fashion shows. The festival is celebrated even today,” Dr. Arun T shared.

Dr. Arun had worked as the district collector of Puducherry before he joined as the Health Secretary and had experienced both the waves of the pandemic in Puducherry.

In the wake of the pandemic, medical infrastructure was ramped up in Puducherry mostly with the help of CSR. The Uyir Kattru project (Uyir means life and Kattru means air) was launched under the leadership of the Honourable Lieutenant Governor, Dr. Tamilisai Soundararajan. Under her guidance, oxygen beds were also increased from 320 to 1800 in addition to setting up of oxygen plants and enhancing the supply of liquid medical oxygen. More than 40 percent of the beds were occupied by people from Tamil Nadu and other states, and no instance of death due to lack of oxygen was reported from Puducherry.

Puducherry did not impose any harsh lockdown during the second wave which in turn proved beneficial for the economy as well. The economy of Puducherry is dependent on tourism to a large extent. “Both lives and livelihood are important. So far the situation is manageable. However, if the rate of positive cases goes above five percent some restrictions will be imposed,” informed Dr. Arun T IAS. Schools will also be reopening here in the next week. However, the Health Secretary admitted that the vaccination rate of Puducherry is not up to the mark and only 50 percent have got their jabs.

Talking about reopening the tourism sector after the second wave of the pandemic Dr. Arun T said, “Vaccination is the key. Unless we vaccinate it becomes difficult to contain the spread of the virus. Responsible tourism is also the need of the hour. Following the Covid appropriate behavior can help us prevent the third wave to a large extent.”

The perks of being into IAS

According to Dr. Arun T, the Indian Administrative Service offers officers to deal with multiple challenges, ranging from enforcing law and order to monitoring public health.

“The civil service gives a variety of opportunities to serve people. I feel extremely satisfied with my job and it gives me the drive to do something new every day. Moreover, it keeps you on the learning curve by interacting with diverse people and being inspired from officers of other districts as well,” Dr. Arun T shared.

Dr. Arun T, IAS, is a Tamilian who grew up in Karnataka and had served in many locations in various capacities. “The service gives you the opportunity to work for society. If not in the service I do not think I would have been involved in the restoration project of water bodies,” he recounted.

For the new recruits who have joined the civil service, he advised, “Have an open mind about the cadre allotted to you and the place of posting. Every region has its distinct opportunities as well as unique challenges. Many officers have done wonders for the people while being posted at remote places. We should keep ourselves motivated, think of what can be done in our capacities, be approachable to the public and be ready to widen the horizon.”