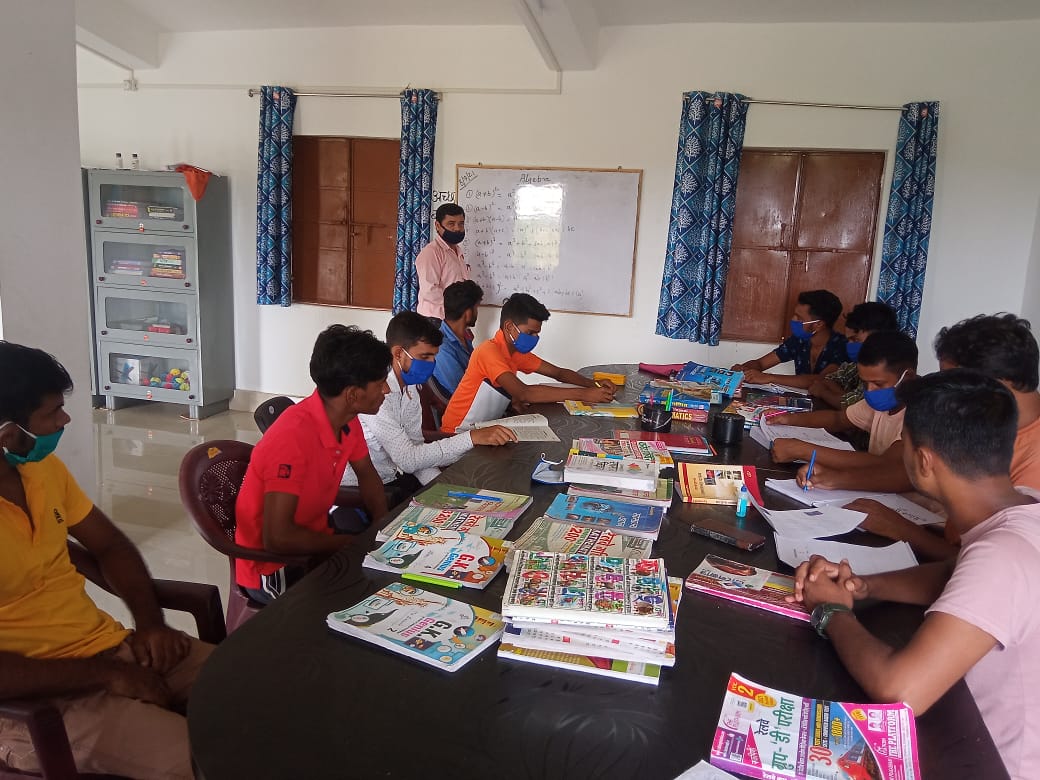 The bordering district of Jamtara came to the limelight for all wrong reasons. The famous Netflix series created a gloomy image of the district. But this lively, populous district of Jharkhand has more to offer.

Today, Jamtara is known for its vibrant community library movement built around a sustainable model. At present, there are community libraries in all the 118 panchayats of the district looked after by the people themselves.

The seeds of revolution

Jamtara has poor socio-economic indicators with a male literacy rate of 74.46 per cent and a female literacy rate even lower at 52.15 percent. The land where the great Bengali social reformer, Iswar Chandra Vidyasagar spent the last 18 years of his life deserves better.

It was in September 2020 when on a field visit some villagers came up to the Deputy Collector and complained about the lack of adequate educational facilities in the district. The high drop-out rate of girls from schools was worrying. Otherwise bright students were not able to prepare for competitive exams due to lack of facilities, financial capability or have a dream for the future.

When a villager appealed to the DC to set up a library in the village it struck the young officer’s mind. He came up with the idea of using the vacant government buildings in the panchayats to convert them into libraries.

At first, the Jamtara district administration thought of fewer numbers, five in each block. However, as libraries started opening up it got a huge response from the surrounding villages. This motivated students from different panchayats to form groups and request libraries at their respective places. “So we took up the project of setting up libraries in all the panchayats and finally the project is complete,” the DC said.

The first step was to renovate the buildings which were lying in dilapidated condition. Through crowdfunding and CSR funds a set of books, chairs and tables were arranged.

The libraries were then handed over to the Library Maintenance Committees for regular management. These committees comprise volunteer youths from the panchayat level. Among them, a voluntary librarian is appointed who keeps the keys. Some voluntary teachers in the district have adopted the library as well who teach there once a week.

The district administration has posted officials and police personnel in each library. A bank account has been opened for every library. A comprehensive website has been opened through which anyone can get the contact numbers of the teachers, the schedule of the upcoming classes, the geo-tagged locations of these libraries and can even donate towards the good cause if they wish to.

Some district officials visit the library every week and take doubt-clearing and guidance classes for the students.

The locals of Jamtara were largely new to the concept of a library. However, soon the word spread and youths were attracted to these spaces of learning. The footfall in some of these libraries has increased to such an extent that they are now functioning in shifts. “We have not faced any challenge in motivating them,” the DC said.

The DC said that the challenge faced by the team was in conceptualizing how to make these libraries functional by mobilizing the funds and converging different schemes to assure water, electricity, washrooms in each of these libraries. “The aim was to make them viable, functional and sustainable. We have given the responsibility of maintenance to the villagers themselves so that they can be equal stakeholders in the project,” the DC explained.

Not impacted by Covid

Too early for digital

The pandemic has forced many to think about online learning as a viable mode of extending educational benefits to the masses. However, Ahmed, IAS thinks otherwise. “Most of the villagers are new to the very concept of libraries. The idea right now is to inculcate the culture of visiting such spaces among the people. People at Jamtara have never experienced the feeling of going to a library before- a concept that had been prevalent in many parts of urban India,” he explained.

Many youths fall prey to idling their time over social networking sites and get involved in cheating. So, it might not be the right time to go digital for Jamtara.

A change in perception

The community library project initiated under FaizAmhed, IAS has been appreciated from all quarters. This project has inspired many other districts to think on similar lines. “It has been a very satisfying experience right from conception to execution. When you get appreciated you feel more encouraged to make it even better and more liable,” the DC said.

Talking about shunning the larger perception of people towards Jamtara he added, “Changing the perception is a long way. It takes more time. People are satisfied and we are putting in more effort to make this library model more sustainable.”