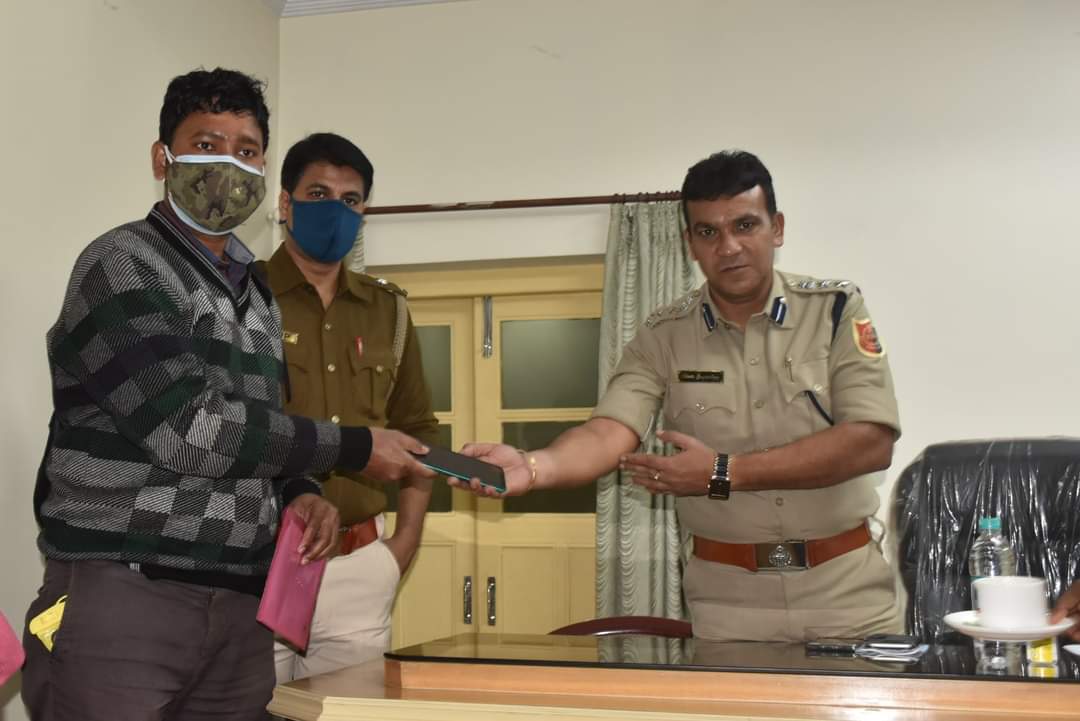 There have been rising cases of missing mobile phones in the recent past. Cases have been registered from big cities and well as small towns of West Bengal. The first week of the New Year saw Chandannagar Police recovering hundreds of mobile phones and returning them back to happy owners. Speaking on this to The Optimist News, Subrata Gangopadhyay, DCP Headquarters says, “The team under my supervision recovered hundreds of phones, out of which 258 phones have been returned to the owners.”

Adding to this, Officer Gangopadhyay says, “Most of the recovered phones belong to those who have lodged diaries at local police stations. It was found that most of the lost phones were resold at a much-discounted price. When such buyers started using the phones, even with different SIM cards, we tracked them through new age tech tools. Once tracked, we called and asked them to return the cell phones as they were theft possessions. In most of the cases, i.e. around 90-95 percent returned the phones, but when they didn’t, we went ahead and confiscated the illegal belongings.” Speaking about the places from where such mobiles have been found, Gangopadhyay says, “Hooghly, Kolkata, Jalpaiguri, Burdwan, Malda are some of the districts from where phones have been found. Some were also found to have reached neighboring states like Bihar and Orissa. Also in one interesting case, when a resident from Rajasthan was tracked with possession of a lost phone he came all the way to Bengal to return it back.”

“We have come across situations, during interrogation of one cell-phone, where the person returned two more phones that were also bought in the same way, but not having any missing diary for them, we could not return the phones to the owners,” adds the officer.

Sharing the uphill task of carrying out mobile recovery pursuits during the pandemic with The Optimist News, Gangopadhyay says, “We did it along with our cyber cell and recovered many phones during the last Durga Puja. Because of the COVID-19 regulations which restricted movements, our dedicated team returned the mobile phones to the owners’ doorsteps.  In the last two months we have recovered almost 258 mobile phones,” informs DCP Gangopadhyay.

The Optimist News also spoke to some of the happy owners who got their phones returned. Raj Bahadur, a resident of Asansol who now lives in Dankuni, says, “I lost my cell phone three months ago while riding my motorbike. I had two SIM cards in it, one belonged to Vi and the other one to Jio. Losing the phone, I made a General Diary with all the details at Dankuni Thana and when I received a call from the police station stating they have recovered my phone, I felt immensely lucky and glad.”

Sudipta Ray, resident of Chandannagar is another such lucky soul who got back the phone he lost on September 2. “I lost my phone while travelling. Though I made a General Diary at the local police station, I totally gave up on the idea of getting back the phone. But on January 3, when I received a call from Chandannagar Police Station saying they have recovered my phone, I was elated. I finally got it back on January 5 at the Police Line. “

A dedicated effort by Chandannagar Police has certainly brought smiles on many faces. This might be a little step towards restoring faith in police and administration as a whole