‘Forest fires like the Amazon can also happen in India’ 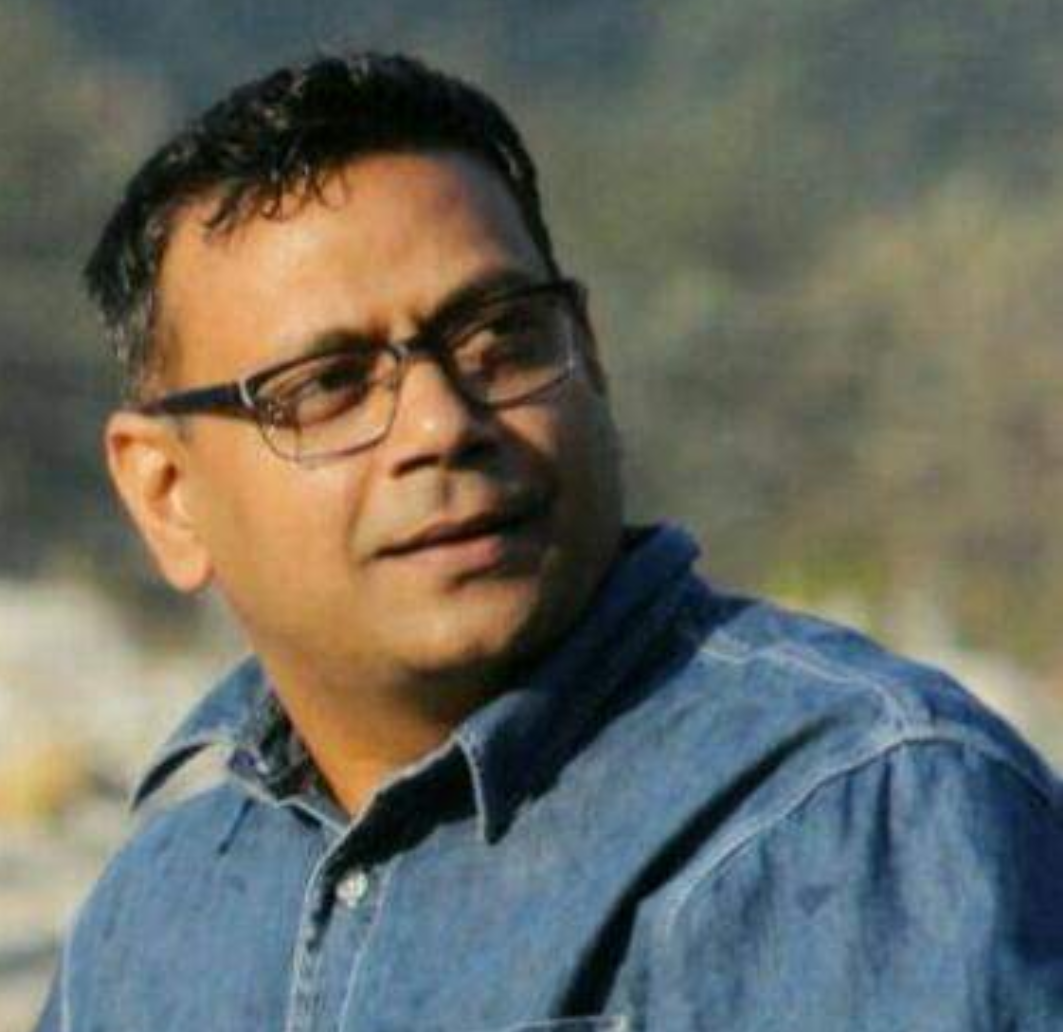 With social media platforms being used widely for spreading awareness about preservation and conservation of forests and wildlife, various strategies have been initiated to reduce man-animal conflict in one of India’s most challenging landscapes along with addressing the issue of forest fires, understanding the delicate balance of quantity and quality of the habitat and availability of prey base. Dr PM Dhakate discusses the possibilities:

1. What is your perspective regarding the conservation of forests and its natural beauty?

Ans: Conservation of forests, its natural resources and a thriving wildlife are vital to the survival of our planet and its inhabitants. Planet Earth is blessed with extraordinary diversification of flora and fauna and we must take all necessary steps to safeguard them and prevent them from getting exploited.

2. The government has taken several initiatives to launch various documentaries and films on forest conservation. Do you think it is a proper way to spread awareness?

Ans: The dynamics of content consumption has changed drastically over the years and now, with the advent of social media platforms, including videos and documentaries, the latter have formed a major part of spreading awareness. I think video content related to nature and wildlife conservation plays a major role in helping people understand the importance of forests, its inhabitants and its natural resources. As time passes by, new permutations and combinations of video content that are more interactive in nature will be the new form of communication.

3. We have a lot of news from various sources that, along with deforestation, people are now turning forest lands into human habitats which is alarming. What is your take on this?

Ans: Mostly denudation of forest land is happening due to permanent land-use change, and because of the fact that forest plots are being legally diverted for developmental projects like school construction, hydroelectric projects, water supply lines, railway line expansions, airport expansion, electricity transmission lines, etc. These activities are vital for the country’s development which is also being doubly compensated by afforestation in the nearby areas.

The Forest Department is extremely serious about the encroachment of such lands and any person found to be indulging in such activities will be booked under the Indian Forest Act and strict legal action will be taken.

4. In 2017, the Uttarakhand Forest Department worked on strategies to mitigate human-wildlife conflict during Kumbh Mela. How was the response? What is the plan for 2021?

Ans: In 2017, the strategies undertaken by the Uttarakhand Forest Department were fruitful and we were able to mitigate wildlife-human conflict successfully to a great extent.

For 2021, the Uttarakhand Forest Department is all geared up and has identified all the hotspots regarding wildlife movement and special teams will be deployed to counter all sorts of issues that might arise at the time of Kumbh. It is not just the human-wildlife conflict but the issue of poachers is also a grave concern. Along with the above, the Primary Response Team (PRT) comprising local communities and the Quick Response Team (QRT) including forest officials, wildlife experts will also be deployed for monitoring the situation. Drones by the Uttarakhand Forest Drone Force would be pushed into action to monitor both wildlife and human movement thereby, doing thorough surveillance of the area and tackling emergencies.

5. A lot of forests are being turned into sanctuaries and conservation parks. Do you think it will help to protect the natural beauty of the region and save the animals?

Ans: The protected areas are very important for the survival of our ecosystem as they provide many benefits and help achieve conservation, which comprises national parks, wildlife sanctuaries, conservation and community reserves. The protected area of forest cover under the government needs to increase so that proper strategies are implemented from plantation initiatives to wildlife protection. Protected areas are also important from a research point of view which is good for innovation, discoveries and more information regarding the forest landscape, which all shall be helpful in the conservation of our forests and wildlife. India has a diverse ecosystem of over 45,000 plant and 91,000 animal species. Though the protected areas act as a major reserve for natural resources, induction of more sanctuaries and conservation parks are needed and I would agree that this would help to protect the natural beauty of the forests and save its inhabitants. There are at least 104 national parks, 127 community reserves, 551 wildlife sanctuaries, 88 conservation reserves which amounts to 5.02 per cent of the country’s landmass (data as per 2019). I believe these numbers should furthermore increase for a better future.

6. In 2016, the Uttarakhand forest fire created a huge alarm since it caused a lot of destruction. What did the Uttarakhand Forest Department do to bring the situation under control?

Ans: Uttarakhand is a challenging landscape ranging from the foothills of the Himalayas to the high elevation areas. The Uttarakhand Forest Department along with the State Disaster Response Force (SDRF) works on high altitude areas and the foothills to mitigate forest fire issues, taking into consideration both traditional and advanced techniques.

Now that times have changed, the Uttarakhand Forest Department has moved to new and more advanced ways to combat forest fires which are — effective use of social media to report blazes, forest fire SMS alert system for the public for the first time, including collaboration with the Forest Survey of India. This has enabled them to come up with a public awareness system which helps people get SMS alerts about nearby forest fires.

Hotline numbers have been issued as well to monitor the forest fires of the state. The Uttarakhand Forest Department has also used drones with public announcement facility as part of an intense public awareness campaign about the helpline numbers and dos and don’ts during forest fires.

7. In 2015, the Uttarakhand High Court had ordered the removal of 80 families residing within the boundaries of the Rajaji Tiger Reserve. Do you think the initiative will be successful in the reservation of tigers and the wildlife as well as the natural beauty of the region?

Ans: The dynamics of wildlife conservation is becoming challenging by the day. People residing near the forests need to be rehabilitated and relocated. This could be understood by an example — as the human population in the forests thrives, they also facilitate an increase in livestock which in turn becomes a source of major diseases like Anthrax, Canine Distemper etc which threaten the survival of the wild animals. The rehabilitation of the families was a welcome move by the Uttarakhand High Court and helped the wildlife in Rajaji Tiger Reserve flourish. Though such movements do not always give expected results, at the same time, we need to understand that holistically the ecosystem functions on a delicate balance of quantity and quality of the habitat, the degree of human interference into the wildlife habitat and availability of prey base, which majorly decides the quality of the improvement of the landscape.

8. Recently, we saw how the Amazon forest fire had devastated the entire area and there were widespread concern and discontent. Do you think such incidents can happen in India too?

Ans: Forest fires like the Amazon can also happen in India. They happen due to many reasons one of them being climate change. These days, if one goes for a trip to the mountains in the summer months, you would notice a considerable rise in temperature even at high altitudes which was not there in the last decade. Such a phenomenon is one of the major reasons for forest fires, though the geography of the Amazon is very different compared to India. However, such incidents can occur if proper carbon footprint, pollution level and global warming are not in check.

When we deal with forest fires there are three major factors which are decisive. The forest fire and its mitigation which are air, temperature and fuel load capacity, though air and temperature are not in our control, fuel load is. The Forest Department takes prophylactic traditional measures at regular intervals to reduce the fuel load capacity by making forest fire lines creation and maintenance (Forest Fire Lines are used to prevent fire breaking into the forest from one compartment to another. The collected litter is burnt in isolation).

Another thing that we need to understand is the forest fire cycle which is a wildfire like situation and repeats itself every 3 to 4 years with the last wildfire-like situation happening in 2016. It could repeat itself in 2020 or 2021.

9. In the next 5-10 years, do you feel that the forests and wildlife protection will reach a different level? What is your prediction?

Ans: The advent of Information Technology and digital media have revolutionised the awareness process about nature and wildlife conservation amongst the general masses, resulting in strengthening the mandate of nature and wildlife protection. Forest departments across India have recruited many forest officials at different levels which have also helped in protecting our regions.

It is the need of the hour to be able to tackle any situation that might come our way which entails changing our strategies for the better as the situation demands using the latest technologies. Currently, there is a rise in the use of drones and the Uttarakhand Forest Department is using them to counter all issues related to forest and wildlife management. We have also extensively used drones in mitigating forest fire issues which have proved very useful for the same. I believe that the future is promising in terms of wildlife protection in the Indian landscape which has a lot of scope of improvement and certainly will, with the help of new technologies and government policies.

10. For a couple of months, numerous thunderstorms have taken place causing a lot of destruction and devastation to the natural flora, fauna. How much of destruction has been caused as per your prediction and how dangerous is it?

Ans: A considerable amount of destruction has been caused over the years because of thunderstorms. But the flora and fauna is adaptive to such events and finds a way to come back to life in the natural environment, though it is harmful to the latter the healing process also continues alongside it.