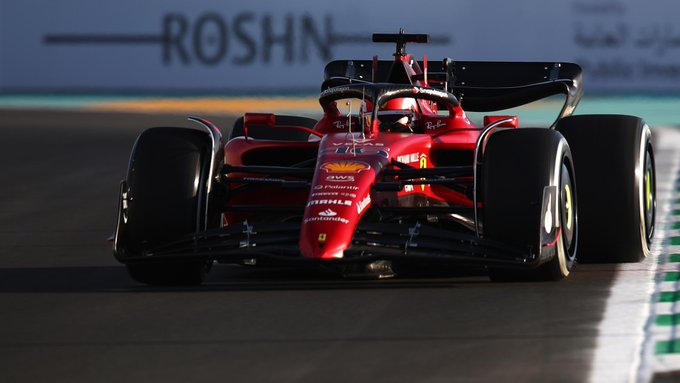 Jeddah: The Saudi Arabian Formula One Grand Prix will continue as planned despite the Houthi attack on an Aramco oil depot close to the Jeddah circuit, F1 president Stefano Domenicali has said, adding that they have received “total assurance” about safety from authorities.

Yemen’s Houthis rebels have claimed responsibility for the recent slew of attacks in Saudi Arabia.

The Aramco oil depot, which is about seven miles from the track, was set on fire during first practice in Saudi. Large clouds of black smoke could be seen from the track. There was, however, a 15-minute delay to the start of the second practice as drivers and team principals met with Domenicali and the FIA’s Mohammed Ben Sulayem.

Another meeting was held after second practice, also attended by a Saudi delegation. After this meeting, F1 and FIA chiefs came out and confirmed that the Grand Prix would go ahead as scheduled.

“We have received total assurance of the country’s safety first,” said Domenicali. “They have placed all the systems to protect this area. So, we feel confident that we have to trust the local authority in that respect. We will of course go ahead with the event.”

“And to assure you that, they are targeting the infrastructure of the economy not the civilians and, of course, not the track. Of course we have checked the facts from them and we have had the assurance from the high authorities of the safety here and let’s go racing.”

Red Bull principal Christian Horner added: “I think the sport has to stand together collectively. Any act of terrorism cannot be condoned and sport shouldn’t be bullied into a position – a situation like that just isn’t acceptable. Stefano and the president are dealing with it, there has been all of the assurances from the organisers and we’ll be going racing.”

Mercedes boss Toto Wolff said: “It was a good meeting, the drivers are going to talk now at a drivers’ meeting. We are the team principals, we’ve been assured we are protected here and it’s probably the safest place you can be in Saudi Arabia at the moment and that’s why we are racing. [It was a unanimous decision] by the team principals, yes.”

The drivers’ scheduled media commitments were cancelled but held their regular Friday briefing with the race director and then met to discuss the situation. The talks continued into the wee hours of Saturday morning with reports suggesting that after the discussions, the drivers agreed to continue with Sunday’s race.

Earlier, the F1 had said in a statement, without elaborating: “We are aware of the attack on the Aramco distribution station in Jeddah earlier this afternoon. The position at the moment is that we are waiting for further information from the authorities on what has happened.”