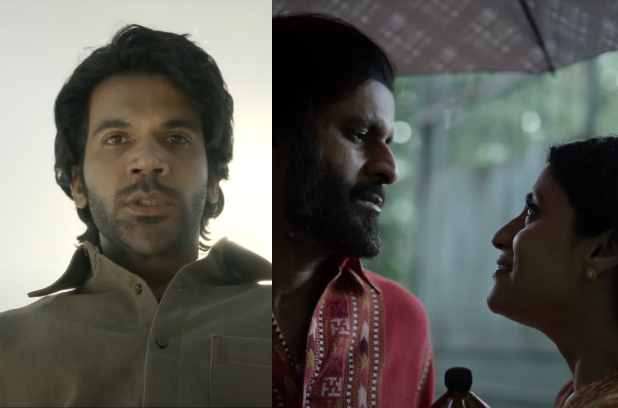 Powerful actors, dependent directors, and looking-to-be-promising plots. At the much-anticipated global fan event called ‘Tudum’, the streaming giant Netflix has announced some of its most awaited web series and films and released the teasers of the pre-announced ones.

Rana Dagubbati and his uncle Venkatesh Daggubati discussed what it was like to explore father and son relationships both on and off the screen in Rana Naidu — with a little help from Rana’s cousin. Directed by Karan Anshuman and Suparn S Varma, the real-life uncle-nephew duo play a father and son in the series.

Writer and director Vishal Bhardwaj comes with his spy-thriller film Khufiya, based on the book Escape to Nowhere by Amar Bhushanabout the true life drama in the Research and Analysis Wing, starring Tabu, Ali Fazal and Wamiqa Gabbi.

Next up, we get a sneak peak of Bengal’s superstar Prosenjit Chatterjee in Netflix’s new series Scoop from director Hansal Mehta, inspired by the biographical book from journalist and crime reporter Jigna Vora, Behind The Bars In Byculla: My Days in Prison, based on her experiences after being accused in the murder of another reporter. It stars Karishma Tanna, Mohammad Zeeshan Ayyub, Harman Baweja, Deven Bhojani, Tannishtha Chatterjee, Tejasvini Kolhapure, Shikha Talsania, Tanmay Dhanania & Inayat Sood in key roles.

Enough of dark comedy and thriller on Netflix. The next is a comedy Kathal with actress Sanya Malhotra as a police officer investigator on the case that has all of Moba in a tizzy; who stole the jackfruit? It is Yashowardhan Mishra’s debut directorial.

Actor Manoj Bajpayee gives viewers a taste of his new dark comedy Soup, co-starring Konkona Sen Sharma. Directed by Abhishek Chaubey, Soup follows chef Swathi Shetty (Konkona) as she whips up a master plan to replace her husband with her lover. It’s going to be one dark, thrilling ride.

The teaser of Qala, a period drama featuring Tripti Dimri, Swastika Mukherjee, and Babil Khan about a young singer’s search for love while dealing with a cold relationship with her mother, really kept us engaged. It’s hauntingly powerful especially the music. Director Anvitaa Dutt teams up with Tripti after Bulbbul again.

Superstar Nayanthara is the focus of the new documentary, Nayanthara: Beyond the Fairy Tale. The actress makes an appearance with her husband Vignesh Shivan, in the teaser and gives a sneak peek into their lives, marriage, and beyond.

90s making a smashing return with Dulquer Salman, Rajkumar Rao, Aadarsh Gourav, TJ Bhanu and Gulshan Devaiah in the dark comedy Guns & Gulaabs, from the creative team of Raj & DK. Can’t wait for this one.