Give women resources and watch them lead the way 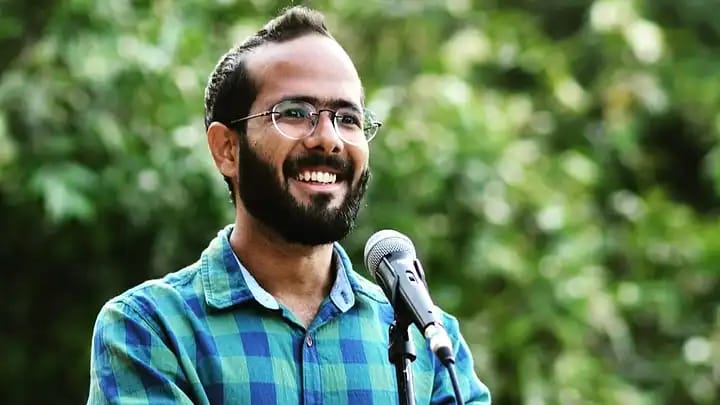 Why do women need the encouragement to empower themselves? The change comes about by changing the mindset. As big countries are still fighting against the novel coronavirus, New Zealand Prime Minister, Jacinda Ardern, made the safe mark by eliminating the COVID-19 virus from her country completely, for which she is applauded by all. Women too are change makers.

Amit recalled the time when he lost his father at the age of three and how he was ashamed of telling everyone in school about his father’s demise. He overcame all insecurities with his family’s support. “I wasn’t aware much at that time but when I started going to school and when the teacher used to ask what does your father do? I used to lie that my father is a businessman because I used to feel ashamed to not have a father.” Recalled Jain.

“Thanks to our uncle and aunt who were a great support, helping us to slowly fade away our memories. I have support but what about the widow or child who does not have a support system? Let’s support them.” Explains Jain.

Amit felt that society had given him and his mother a lot of support during their tough phase, which made him start the organisation “Mitti Ke Rang” six years back, by providing clothes to slum dwellers and non-government organisation leading to the joining of students thereafter and expanding the support system on a larger scale by helping women in need.

Jain left his job at Bank of New York last year after serving it for seven years and started working for the organisation as a full-time. Thereafter, he learned while bag packing across the nation that the women here needs a correct direction and resources to be an individual. “In the year of 2019, I left my job with the Bank of New York after working there for seven years and after that I started a bag packing journey across India. Moving around the nation, I met a lot of women from villages, towns and cities.” Said the entrepreneur.

Jain further added, “I felt that women who are already empowered need a correct direction. We met women from all monetary backgrounds. The core problem they were facing was that they wanted to do something but were unable to do so because of lack of direction and even if they have direction, lack of resources stopped them.” Added Jain who also believes that women need correct marketing and once it is done they will lead the way.

With a pride in his voice Jain says that his bhabhi is a working woman which is a change we need to see in families. He spoke about how the organisation at times get calls from different parts of the country saying that the women are well educated but inexperienced to get any job after they are married off without even starting a career. So, he believes that every woman before getting married should at least has some sort of job experience.

Making A Difference During The Lockdown:

Jain and his partner Saket recently started fund-raising to fight the unprecedented crisis for migrant workers and people who are homeless or stuck at the other part of country, away from their families. “I was staying in Guwahati for 70 days. I had a proper house because my friend stays here. However, what about migrant workers who do not have a house? So, we started with the fund-raiser to support each family with Rs.1,000 which would directly be transferred to them and in 30 days we were successful in raising around Rs.17 lakhs supporting 600 families till now.” Explained Jain.

The entrepreneur feels that social media played a vital role in bringing the change as users are quite active nowadays and even easy to access and affordable options by Jio, providing free internet services for months which helped a lot.

The administration should check on passing the money directly to the user’s bank account which Jain feels is not done correctly. This might help a lot of citizens’ concluded the entrepreneur as he is proud to make a difference in the lives of people who are often overlooked in society.