Going green: Now, Christian burial can happen without a coffin 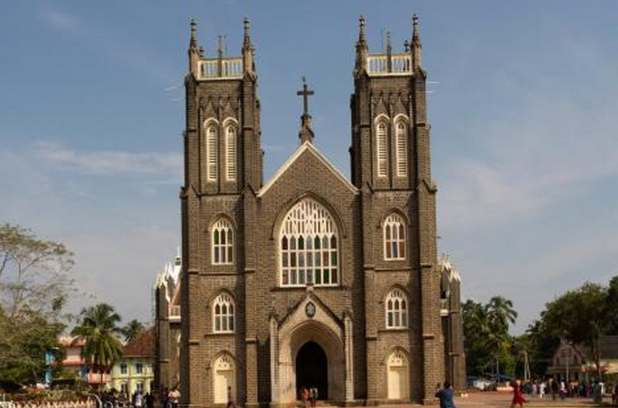 To make funerals more environmentally friendly, St George Latin Church Arthunkal at Cherthala in Kerala’s Alappuzha district has decided to do away with coffin

The church has implemented the joint decision of its committee and parish members in this regard since September 1 and three bodies have already been buried in the new system.

Also read: Strawberries of Kerala are a sweet surprise for travellers

The mortal remains are now wrapped in a cotton cloth before placing in the grave. No other materials other than biodegradable flowers are allowed to be dropped inside the grave. The church has also made three stainless steel coffin, which relatives of the deceased can use to place the body till the burial.

News reports quoted Church vicar Fr Johnson Thoundayil as saying that it was found that bodies placed in wooden coffins were taking more time to decay. “The cemetery being near the sea, sand has more salt content and this prevents fast decaying,” he said. The graves are opened for placing the dead every five years in a rotation policy.

Also read: Amid the verdant tea-growing mountains of Ooty

He adds that initially, many people opposed and some were skeptical too. But eventually, things fell in place and they could implement eco-friendly burial, bringing down pollution. The change has also cut down the burial expenses as coffins cost anywhere around Rs 10,000.