Going The “Non-Alcoholic Way” aka Coolberg 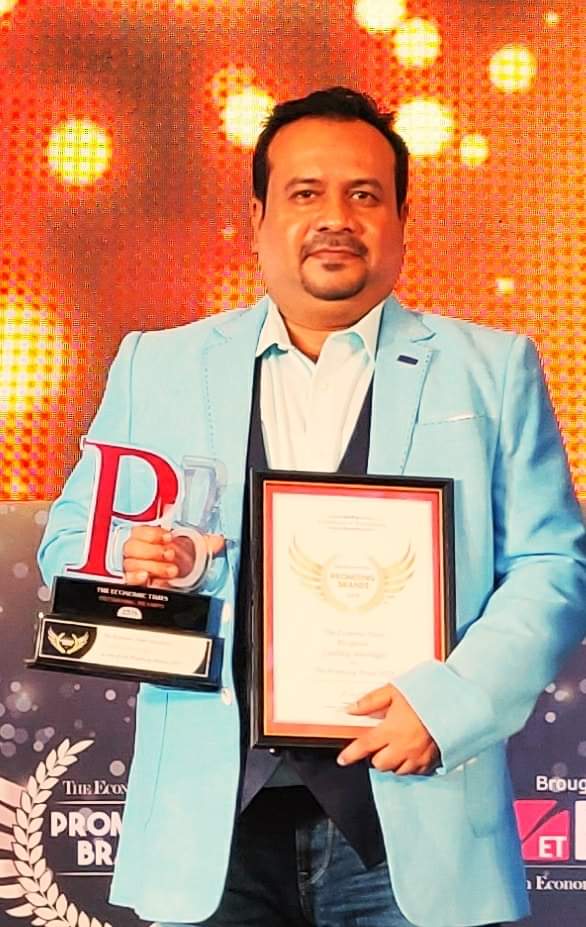 Milton Hershey once said “quality is the best kind of advertising”, Sumanta Sarkar, Director of Sales Marketing at Coolberg and his adroit team have abided by this concept and it led them to transform into India’s most loved nonalcoholic beer brand. Apart from being a prolific leader he is a nonpareil Professional. The brand Coolberg was launched in 2016 and it has flourished surpassingly since, with their seven varieties of flavour these drinks are a treat to every taste.

Sumanta Sarkar was born in Durgapur; a small town in the Eastern state of West Bengal, where everyone was slated to be an engineer or doctor after completing their high school, not-withstanding his aspiration to join the Indian Army. Sarkar pursued microbiology under Pune University and he later pursued his MBA from Banaras Hindu University (BHU)

Sarkar started earning at a young age, which made him realise the hurdles involved and encountered high expenses during his university days. As a student, Sarkar sold vacuum cleaners to earn extra money. “One should have the zeal to do big within their mind set.” Said Sarkar who also shared his experience of his first job interview. “We should work on our mind-set and skills, rather than our appearance since it is insignificant.”

Sarkar believes it is important to be yourself and learn from every mistake which keeps one grounded and leads towards success. He was introduced to Pepsi Co. by his reporting senior and mentor Vimal Pandey (CEO Vi-john) after which his journey into the beverage industry skyrocketed.

After seven years with Pepsi, subsequently moving to Red bull beverages, Sarkar had to travel frequently for work in India /S.A.R.C. countries & Middle East “I proudly always say that way back I had introduced Red bull in the Indian Market in 2004, when the Indian consumer did not knew anything about Energy Drink, they assume it as Viagra.” Explains Sarkar

Pankaj Aswani, managing director, Coolberg Beverages Pvt Ltd, launched India’s first crafted zero alcohol beer back in 2016. A chartered accountant by qualification and a banker by profession, he took the entrepreneurial plunge after seeing the potential for non-alcoholic beverages in the fast moving consumer goods (FMCG) sector. Coolberg started because Pankaj was a teetotaller and used to face the problem of beverage options when socialising with friends. He came across this concept of non-alcoholic beer during one of his overseas trips and that’s how the business idea came to his mind.

Sarkar met Pankaj Aswani, the founder and CEO of Coolberg in Feb, 2019. Initially when Sarkar joined with Coolberg the distribution was restricted to Western, Southern and Central part major cities only and the turnover was in few cores. Sarkar increased turnover into multiple fold and in a year span and contributed to manage and sustained the growth and contributed of becoming fastest growing and emerging company in India. Also with in one-year with efficient go to market plan had expanded reach to over 30 major Indian cities Coolberg is currently available in Maharashtra, Gujarat, Madhya Pradesh, South India and few major cities in East and North India. Sarkar also executed brand’s global roll out for 4 countries and spearheaded vision & strategy for international business operations and its implementation

In a market where all other alcoholic brands have created their non-alcoholic counterparts, Coolberg should still be more palatable due to its texture believes Sarkar. Coolberg the brand features multiple crafted zero alcohol choices in its portfolio. The malt beer is exactly like beer but without alcohol, so you will find the same taste, aroma and even the feel of the beer. We also have other crafted variants such as cranberry, peach, strawberry, mint and ginger which has the great texture of beer so that anyone can enjoy this drink without worrying too much. That is a reason we call it is a ‘Drink for All’. Being low in caffeine also makes it an astounding product.” Explains Sarkar.

In the earlier scenario Multinational Beverage brand were dominant in India, things are now changing now, with the new trend with most of domestic beverage brands. “Today’s average earning members have disposable incomes and they want to explore new option, new variant and enjoy themselves. We will provide them with the best of means to do so”. Ensures Sarkar.

As the world is changing pace in these dire times of constraint and staying indoors and working from home, Sarkar exclaims how crucial change is for survival, since it is the only constant. He believes it is only a matter of time before the country overcome the Covid-19 pandemic and urges everyone to keep up hope and dream big, so that after people emerge from this darkness the country can bloom together again.

Decoding The Start-Up Fabric Of India

Sarkar delves deeper when talking about his prospect on the start-up scenario in India. “It is inculcated from the change of concept and juxtaposition of adventurous ideas.” Said Sarkar.

The concept of synthesis took centre stage where professional degree holders started investing their time and energy into creating new prospects. This was done by amalgamating confidence from various success stories of start-ups.

With time, as the scope of new jobs under similar domains like engineering and medicine started dwindling, students were seen to pursue degrees like marketing and management and that Sarkar feels brought about the necessary change in society.

The concept of start-up is driven by passion and Sarkar believes it is a laudable way to establish one’s ideas and bring them to the table with their unique ideas. Sarkar cites the examples of Ola and Oyo, the two signature start-ups of India, where the former was introduced for catering to passengers travelling distances comfortably and in a minimal time and rate. The latter came to be loved by millions of travellers across the globe for its solutions on accommodation in the farthest corners of the country.

At a time when unemployment is a cardinal issue, start-ups not only bring mobility but also provide employment and the Government of India and global investors are keen to lend helping them.

In society, one’s growth is determined by the years spent in gaining experience. “New ideas should always be welcomed amongst us without minding the age of the bearer, because the initiators of today are the leaders of tomorrow.” Sarkar believes.

Following the initial course, many start-ups fail at establishing their ideas and close down since they cannot reach their goal. Sarkar, who is seen as a breakthrough start-up initiator shares how investments are the fuel to the startup engine and often the companies are so hell bent on making a robust product that they tend to brush aside other issues under the carpet. As a result, they cannot market the product properly and their ideas are foiled.

The motive should be right kind of execution with at par strategy toget the revenue generating system in sync with the production cost. Sarkar meticulously talks about Raw Pressery, the 100% natural fruit juice brand, which had proliferating with it’s ground-breaking claims and cites how apart from having a limited shelf life the juices are loved by most people due to it’s unique concept. Most start-ups might succeed keeping in mind all the aspects of their product and building them par excellence.

Factors Fuelling The Growth Of The Beer Industry In India

While speaking on the increasing alcoholic beer industry in India Sarkar opines how beer has been a drink of celebration in western cultures for generations. With increasing globalisation and improvement in communication and software industries, companies have been motivating their clients to engage in occasional dine outs and gatherings to facilitate cooperation and scope of new ideas .

Chilled beer has always been an occasional drink to celebrate success and according to Sarkar, this concept is the impetus behind burgeoning of the trade. Earlier celebrations were limited to special occasions, but with increasing trade and business, people have much less time now to enjoy themselves. Hence companies have taken initiatives to provide people with celebrations to encourage their employees towards excellence.

With increasing fusion of western culture into Indian society, the concepts of merriment are changing gradually and so is the entailment of beer as a relaxing drink. However, this had become a predicament for teetotallers and nonalcoholic beers gave them respite which made them partake in celebrations. Apart from being great in taste, non–alcoholic beers also provide hydration along with relieving them from intoxication.