Happy to be called an underrated actor, says R Madhavan 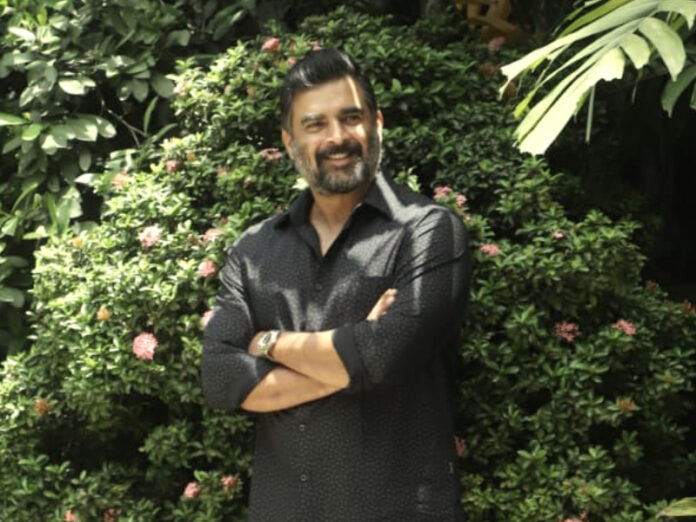 For most of the Indian audiences, R Madhavan is still Madhav ‘Maddy’ Shastri from the 2001 film Rehnaa Hai Terre Dil Mein (RHTDM). In the later years, he also became a favourite as Manu from Kangana Ranaut-starrer Tanu Weds Manu. So, Madhavan might play the former ISRO scientist Nambi Narayanan in his directorial film Rocketry: The Nambi Effect, but the 52-year-old actor manages to look as droolworthy as ever.

In Kolkata for a promotional event of Rocketry: The Nambi Effect, which he had also written and produced, Madhavan said how his wife Sarita warns him not to do mushy romantic films. “If I romance younger girls, my audience will not accept me. RHTDM happened 21 years ago when I was 21 kgs less. I have to play age appropriate roles. My first heroine was 12 years younger to me and in my last romantic film, my co-actress was 22 years younger to me. Even talking on the set gets difficult. It looks like I am the father. Tanu Weds Manu was okay. If a proper script doesn’t come my way, then I can’t do it,” said Madhavan, breaking the hearts of the girls, who still swoon over him.

Also read: To me, emotional infidelity is a bigger issue than physical infidelity: Varun Dhawan

Madhavan’s debut directorial Rocketry: The Nambi Effect was premiered at Cannes Film Festival this year, where India was the country of honour. All were in awe of Madhavan’s skill as a writer, director and actor.

Happy to have met you and the brilliant Nambi Narayanan Ji. This film covers an important topic, which more people must know about.

Our scientists and technicians have made great sacrifices for our country, glimpses of which I could see in the clips of Rocketry. https://t.co/GDopym5rTm

It was in 2016 when Madhavan first heard the story of Nambi Narayanan from a friend. It took him two-and-a-half years of constant meeting with the ISRO scientist to develop the script.

“We began shooting in 2019 and our production was stalled for two years due to Covid-19,” the actor said in Kolkata. However, for Madhavan the most difficult part was directing himself. “My actor self in me was not agreeing with the director and vice versa,” he said with a laugh.

Madhavan wanted to play Nambi Narayanan in the film. “From his young age to the time he gets old, we have shown the entire trajectory. So, any actor would want to play this part. But I was looking for a producer. When nobody agreed, I decided to produce it. I knew I had to tell this story. It is not only important to know about Nambi Narayanan’s case but his achievements as a scientist,” said the 3 Idiots actor.

There’s another reason why Madhavan wanted the story to be heard. Hailing from Jamshedpur, also known as the ‘Steel City of India’, he always has an inclination towards engineers and nation builders. “Engineers, rocket scientists, medical professionals are the soft power of our country. They are the intellectual talents who make us proud. I am a worshipper of engineering. And at the end of the day, we don’t make enough films on them. So, I decided to make Rocketry: The Nambi Effect,” he said.

The film tells the story of Nambi Narayanan’s huge contributions to expanding the space research programme in India. It also looks into the ordeal he faced after he was accused of espionage. His name was acquitted by the courts after 20 years of struggle. Madhavan has spent almost two-and-a-half-years with Nambi Narayanan and learnt resilience, patriotism and confidence in him.

Meanwhile, the film has cameos by Shah Rukh Khan and Suriya and the audiences have appreciated the superstars in their brief appearances. For Madhavan, it was indeed a great moment to have the superstars do the cameo without any payment. “I narrated the story of Rocketry to Khan Sahab on the set of Zero (2018) and he said he would do a passing shot in my film. Suriya flew with his team from Chennai to Mumbai and didn’t charge anything. Both of them are gems,” said Madhavan.

It goes without saying that post RHTDM, Madhavan had a crazy fan following. It continues till today. An underrated actor, he concentrated on projects in the South Indian film industry and did a few movies in Hindi. “I am happy to be called an underrated actor. I would be embarrassed if I am called an overrated actor,” he smirked.

Having done films in Tamil, Telugu, Kannada and Hindi, would he be interested in doing Bengali projects? “I need to learn the language properly otherwise my film will flop. I didn’t know the language and did a film in Kannada. It flopped. I wouldn’t repeat the same mistake here. If I do a film in Bengali, I will make sure I know the language and the dialogues properly,” he smiled.