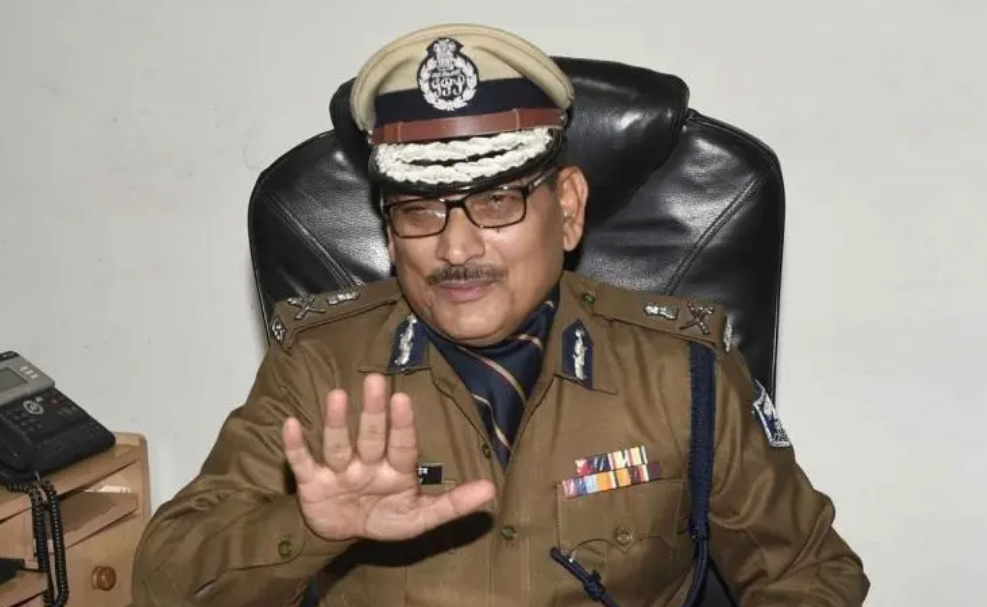 DGP Gupteshwar Pandey talks about how Bihar has developed and evolved over the years, undergoing a progressive transformation in terms of socio-economic and cultural perspective, even in times of Corona, of course with considerable help from its police force.

The Corona crisis has taken a toll on people’s mental health and has drastically turned life upside down. But this has not kept the police personnel away from performing their duties. They are constantly on guard, trying to take control of the state of affairs in every way possible. The Bihar police are relentlessly on their toes, venturing from one place to another, stepping into Red zones and containment areas to ensure safety and law and order, screening and managing crowds 24×7.

The work hours are tight and most of them do not even have time to get back to their families for several days. This situation is unprecedented and we are doing whatever it takes to get things back to normal. Being the top cop of the state, my duty entails a lot more and working rarely happens from home. There are times when I visit the police stations, meet the officers and constables, communicate with them constantly over the phone at their duty points and keep on motivating them for what they are going through. People have a mental breakdown but being in the police force, it is our duty to remain strong and look after society and people. Right now, I can say that the job that Bihar police is doing is not traditional policing but more of social work where the welfare of society and its people is the main goal.

Policing and Protocols: How different has it been over the years?

Policing is the primary and frontier organ of the criminal justice system. Its root almost certainly goes back to the colonial era. However, one imperative aspect which is to be remembered is that policing is not a constant thing and is changing dynamically as years pass by and Bihar Police is no different. The most significant change is that earlier, policing was considered to be more like an instrument of exploitation but today, we are living in a welfare state where policing is more of an instrument of social change, primarily working towards ensuring law and order. Today, the rules in police cadre have undergone a lot of changes and the duties depend on a lot of factors such as economic, political, social, religious etc. and the mode of functioning is definitely more impartial and effective. Added to this, we are taking care of public grievances and delivering integrity at the right time, coupled with the support of the people of the land.

Welfare state and role of police:

The Bihar Police acts as an instrument of social change and works towards the welfare of society. We respect our citizens, respect their rights and value them. Many people believe that the police use guns and other forces to establish their control but the truth is, force is required only in rare cases. Sometimes, there are situations where we see health workers being assaulted and officers getting hurt in violent mob attacks. Those are the times when strict steps need to be taken. In other instances, the baton is never used. One important thing is to realise that police are there to think about the people and it is time when they should start reinstating their confidence and trust in the force as well.

We know digitisation is gradually becoming an overpowering need in every aspect of life. Talking about technology, it is a boon for us. Technology has advanced our lives but it has also woven a new set of threats for us. With technology came cyber crimes and cybercriminals, posing a huge challenge before the police and cyber teams. Today we have social media which gives everyone the freedom to express their own voice and opinions which can sometimes prove dangerous. Social media and online platforms are extremely useful when it comes to spreading positive information but at the same time, fake stories can be fatal and can lead to communal clashes. In such cases, the police and cybercrime teams need to take swift action and be prepared for it. It has both positive and negative consequences, depending upon how people use technology. However, Bihar is having a fully functioning cyber crime cell and we are constantly on vigil.

It is true that the pace in which technology is increasing, awareness has not been able to follow up. Therefore, we are taking steps so that people of all strata are provided with the necessary awareness. If technology is important, so is awareness. For this, we hold meetings, seminars workshops at schools, thanas and police stations, in a bid to train people and officers to be tech-savvy but make them aware as well.

Unity in diversity in policing:

We know that diversity is a blessing in every sphere. In policing, it is a blessing that we have people joining the force from every background. People differ socially, economically, culturally, politically and have different religious beliefs and that is how personalities develop. Once a person joins the force, he is no longer an individual but is part of a team. He might come from another background but he will contribute towards one goal — maintaining law and order and controlling crimes. Therefore, society benefits from this unity in diversity and Bihar Police are proud to have a diversified team.

Gone are those days when women were seen as social taboos. Now, they participate in all social, political and cultural affairs. Bihar Chief Minister Nitish Kumar has declared 35% of the women population will be eligible for Panchayat elections and 35% + 2% = 37% of the population will be eligible for the police cadre. In fact, public perception regarding women leadership has also changed and it is so good to see that they are getting equal opportunities and coming out of their homes to claim the limelight. These days, we have so many women leaders in Bihar and it really makes me proud.

I have been working in the police force for a very long time and my motto has been “to deliver justice to the last man possible and to condense their grievances”. From the day I joined my duty, I have worked towards achieving this goal. I don’t like to see people in pain. Today, social media has become a tool to reach out to the masses. I have also taken to the platform and usually post videos or even put up write-ups. In the recent Gopalganj case where there was this news of a Hindu boy being sacrificed in a mosque, I took to social media to post important and authentic videos to narrate the truth. Thus, social media helps to scrutinise things and guarantee order, helping in turn to protect society and the people in general.

Hailing from a very simple and humble background, my childhood was spent in a village school. Our class teacher would teach sitting on a ‘charpai’.

I did my graduation in Sanskrit Literature and later cracked IRS in 1986 but it never fascinated me. Later into IFS, the journey was not that memorable but then after I joined IPS, I realised that there was a clear chance to serve the people and I was interested straight away. My job seemed very interesting and enjoyable. After serving in 25 districts as the DIG, then IG, and then even as the DGP in the Bihar Police Cadre, my job has given me a lot of love and respect from the public.

In Bihar, families are of utmost importance. With stories of sacrifice and hardships, each family in this state has a tale to tell. We have recently arranged for schooling, job opportunity and other benefits for Late Ashish Kumar’s family who were in abject poverty after his death. Many on-duty officers lose their lives and their families are rendered homeless overnight. For the Bihar Police, they are all like an extended family and every effort is made so that their lives are better.