More
More
HomeEntertainmentAll About EntertainmentHit The First Case review: Even brilliant Rajkummar Rao can’t save this... 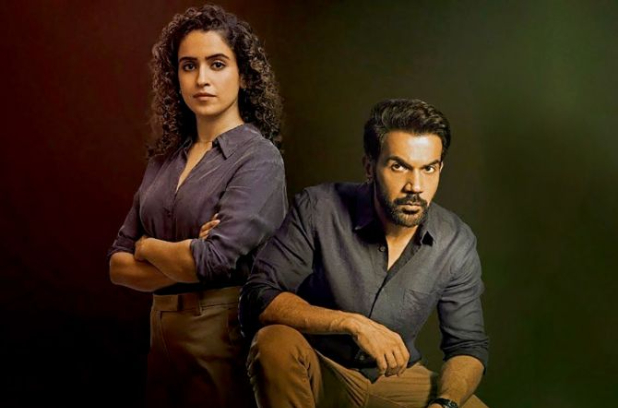 Imagine you have planned to go to a restaurant forever, scanned and memorized the menu and when you end up finally, you think ‘why did I ever come’. Hit: The First Case is the classic example of such a kind of movie, where two absolutely brilliant actors are absolutely wasted.

When the trailer of Hit: The First Case was out, I had high expectations. In fact, the trailer looked thrilling with its interesting premise and whodunit structure. And why not? There was the favourite Rajkummar Rao playing a homicide detective suffering from Post-traumatic stress disorder (PTSD) working on a missing person’s case and the talented Sanya Malhotra. Hit: The First Case had all the elements to hit the box office numbers but sloppy screenplay and poor direction present us with another poor copy-paste of a Telugu remake. Only this time, the heart aches more as Hit: The First Case stars Rajkummar, an actor par excellence.

The main aim of a thriller is to keep the audience engaged. Director Kolanu is in no rush. Maybe because he knows that the second part of the film is coming. But a thriller must be pacy. It should have the ingredients to keep the audience glued to the screen. The director shows two girls going missing including Rajkummar’s girlfriend (read Sanya). Kolanu does create an ambience of suspense and thrill. But then, at the end of 136 minutes, when we do find out the mystery, we are too tired. Sorry, did we tell you, we lost interest midway.

Throughout the film, whenever Rajkummar’s character Vikram, a no-nonsense cop in the Homicide Intervention Team (HIT) in Jaipur had panic attacks, I thought to myself would a police department hire such an officer and even consider him ‘to be their best officer’. He is a total mess. Like I can’t see anything remotely connected to blood, he can’t see anything, which resembles fire. Or the moment he hears the word ‘dead body’, he gets all sweaty and starts trembling. Also, his colleagues are aware of it and even the doctor but he is still on duty. How lucky!

We keep hearing he is struggling with past trauma, but till the last scene he doesn’t spill the beans. Wait, didn’t we tell you, the second part is on the way.

When Rajkummar was in Kolkata during the promotion of the film, he had said how much he was looking forward to working with Sanya Malhotra. Well, in the film, Sanya had a song and a few scenes (not worthy enough to count) with Rajkummar. What a waste of talent, Kolanu.

Also read: We should not look at mental illness as a taboo, says Rajkummar Rao

Here, the problem is the directors won’t change anything when they remake a Telugu or a Tamil film in Hindi. The same happened in the case of Jersey. So, why would the audience buy tickets and watch a Hindi film in the theatre? It’s better to watch the southern version with subtitles on OTT.

Meanwhile, the other characters in the film or should I write all the suspects had nothing to offer than being clichéd subplots.

The only saving grace or the only one who managed to keep us sitting in the theatres for 136 minutes is the fascinating Rajkummar Rao. He knew he had a tough job on hand. He didn’t have any dialogues to impress the crowd but only could do so with his stellar acting. And he did that with all his honesty.

In several mediocre films like Judgementall Hai Kya, Shaadi Mein Zaroor Aana, Chhalaang and Made in China, he has pulled the ship alone. He knew he had to do it again in Hit: The First Case. Only if you are a diehard Rajkummar Rao fan, watch Hit: The First Case in the theatres, otherwise, Amazon and Netflix have loads of new content. Go check.