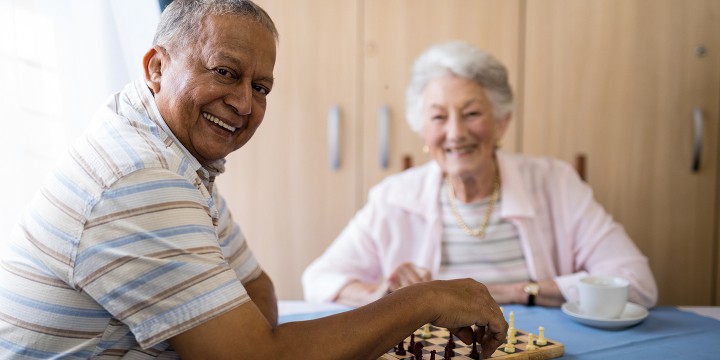 The entire globe is fighting against the coronavirus outbreakand lives have turned upside down due to the deadly virus attack. Doctors and researchers have opined that elderly people, who are already suffering from various ailments and senior citizens in general are under threat. Countries like Italy, Spain and USA have witnessed thousands of deaths and many are still under observation.

Most victims who have been affected or succumbed to death are the elderly people. This is the reason why, so many people are worried about the elderly population and the virus outbreak. In fact according to a 2016 report by the ministry for statistics and programme implementation, India has 103.9 million elderly people aged above 60, which is about 8.5 per cent of the population and is said to go up to 270 percent by 2050, as the population continues to increase. https://www.moneycontrol.com/news/podcast/digging-deeper-world-population-is-ageing-rapidly-are-we-ready-to-deal-with-it-4207591.html/amp

After China, India has the largest percentage of elderly population. Everywhere, senior citizens and aged people are well looked after, with the current coronavirus outbreak and subsequent lockdown putting everyone under a challenging position.

Safeguarding The Elderly In India

In India, attempts are being made by people in society and self-help groups to help senior citizens and see that they are taken care of well. Several community initiatives have already started in and around Kolkata and Mumbai and adequate measures are being taken to ensure all essential items, medicines and groceries reach homes of elderly people directly. They have been provided with emergency numbers, which will help them reach out to nearby police stations, if any emergency situation arises. In many places, the state government has put up the names of municipal councillors who offer to check on elderly people in their wards, who are listed or unlisted.

Take for example Bidhannagar area in Kolkata, Anuradha Mondal who is the Additional Deputy Commissioner of Police (Special Branch) along with her team are working flawlessly to extend all possible support to aged people who cannot venture out during this time.

“We have elderly people under our programme Sanjhbati, whom we regularly help even during normal times. We have almost 2000 members who are registered under the programme. This is a crucial time for not only us, but senior citizens as well. So we are helping everybody, irrespective of the fact whether they are registered or not registered.” Says Mondal whose team is providing food items and groceries to them, so that they do not step out of their homes. Masks, sanitizers and soaps are being distributed to them as well.

“Our team is working very well and the elderly who are under the Bidhannagar Commissionerate are being looked after. When they run out of essential products and other food items, they can contact us. We regularly go to their home and hand over required essentials from time to time.

We order essentials from online grocery platforms which they deliver directly to their homes. We want to make sure, that elderly people do not face any issue or crisis. ” Explained Anuradha Mondal.

Applauding efforts of the Biddhanagar Police

The Texas Police in USA have recently praised their Bidhannagar counterparts for taking good care of senior citizens in their jurisdiction. The Texas Police’s Chief of Cyber Crime and Covert Operations K Sanyal has issued a letter to the Bidhannagar Police Commissioner Laxminarayan Meena applauding their rapid action and measures for safeguarding and ensuring safety of elderly people in the jurisdiction who are Non-residential Indians (NRI).

What are these efforts? Many senior citizens have been stranded, who cannot procure their daily essentials, food and medicines. Bidhannagar Commissioner of Police Laxminarayan Meena has ordered all police stations under his jurisdiction to make a list of all the elderly in the areas, to whom they are reaching out on a regular basis and making all arrangements for their ration, medicines, groceries and other daily essentials. While things might be different overseas, the Biddhanagar Police Commissionerate is trying their best to help instead of the elderly stepping out of their homes.

What Happens Overseas For The Elderly?

People overseas including senior citizens lead a more independent life in general, but the COVID-19 outbreak has put the elderly on the backfoot, as it is not safe for them to venture out of their houses unlike normal times. However, adequate steps and measures are being taken which act as saviours for not just people at large, but more so for the elderly, to give hope to the most vulnerable sections of society.

Elderly people are looked after with special attention to ensure they get essential food items and medicines. According to reports ,UK, US and other places have opened up dedicated shops for elderly people which will not allow them to mingle with the rest of the younger population. Click on the link below to view the full story:

Supermarkets have allotted separate timings and slots for elderly people in these countries overseas, so that they can come and shop. Global supermarket brand, Walmart has declared that they will open their shops at early hours and will only allow elderly people to collect their daily essentials.

Various precautions have been taken to protect the elderly against infections, with India doing it’s own bit too. There is hope, there is humanity and there are ways to comfort and encourage senior citizens across the globe during these unprecedented times.