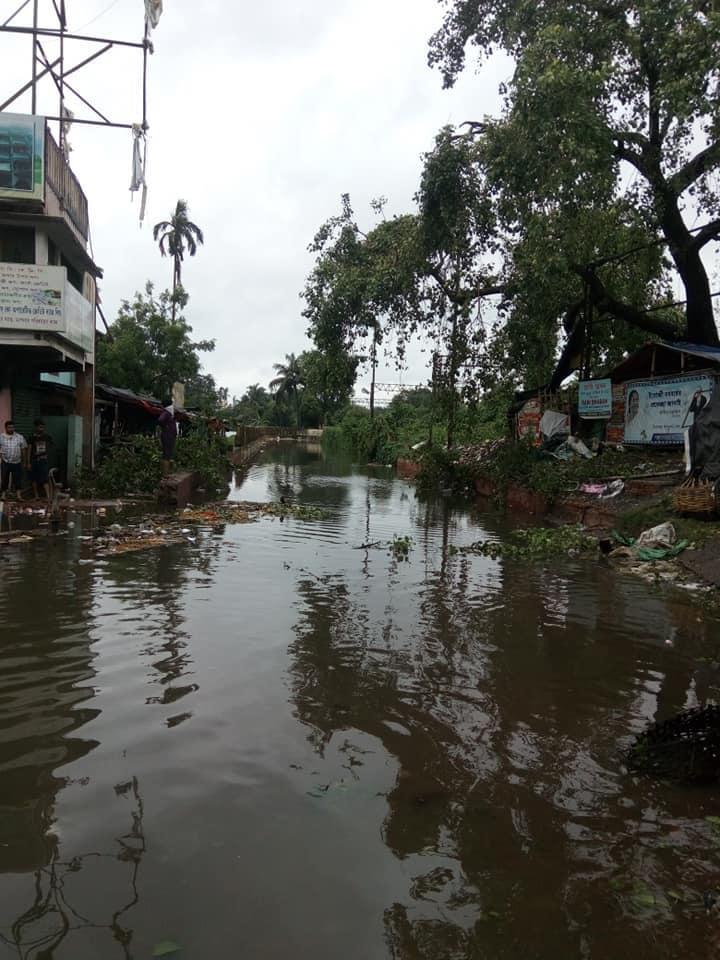 The news of cyclone Amphan was a big story not just only locally, but across many foreign news channels too, reflecting globally what the disaster had done to Kolkata and the neighbouring districts. International media also focused on the Eastern state of Odisha and the neighbouring country of Bangladesh which also saw devastation. Bangladesh was severely affected after West Bengal.

It has been a two days since the super cyclone lashed out at the city of Kolkata on 20th of May, making it’s way into the city after 4:00pm and bared it’s fury for more than 6 hours. Heavy rains and thunderstorm had already started by the afternoon and as evening dawned, the intensity which touched skies with maximum wind speed of close to 165km/hr, caused havoc to Kolkata and rural areas of West Bengal.

The Indian Meteorological Department(IMD) had warned the West Bengal and Odisha governments and both took necessary steps- right from evacuating the people in rural areas and those residing in low lying regions and from mud houses to building shelter homes. The cyclone however had no bounds and caused damage to people, properties and vehicles which was assessed a day after.

According to sources, approximately 84 people across India and Bangladesh have been killed according to BBC News. West Bengal CM Mamata Banerjee said that 72 people lost their lives in the state, with 15 being from Kolkata while lakhs of houses, buildings, tress and electric poles have been severely damaged. North and South 24 Parganas districts and areas around Sunderbans have been worst affected and many huts and houses in the village areas are destroyed, while several areas are still flooded.

More than 5500 houses near North 24 Parganas district have been ravaged by the storm. Mamata Banerjee termed that this super cyclone as being worse than the corona pandemic, posing a challenging situation for everyone and has pleaded for the Central government’s help. Prime Minister Narendra Modi will conduct an aerial survey of the affected areas on Friday.

We take a look at how various channels covered cyclone Amphan.

BBC News focused on the intensity of cyclone Amphan and how devastating it was. While giving out details of the super cyclone, the channel spoke of how the ferocious wind speed that claimed a large number of lives. Details were given out of how within a span of half an hour, streets became flooded and trees were uprooted, accompanied by power cuts and the terrible sound of howling winds gushing at a tremendous speeds.

On the other hand CNN has reported the issue stating how government authorities in West Bengal are preparing to provide relief material to poverty stricken people and lives of those hampered due to the storm. The channel spoke of how millions have been left homeless and a number of villages and houses have been shattered. Coastal towns have been massively hit by the storm and many homes collapsed due to the extremely high wind speed. They revealed facts related to the damage caused to roads and lanes in the city and rural areas, which have made traveling almost impossible.

The Khaleej Times from UAE in the Middle East spoke about how the severe cyclone Amphan made landfall in areas in Eastern Indian states of West Bengal and Odisha and the neighbouring country of Bangladesh. Khaleej Times spoke about how the rain and winds caused extensive damage  and ripped apart homes, uprooted trees and washed away bridges in several areas while also causing power cuts in many areas.

The story was posted on 19th of May, just before the storm devastated India and Bangladesh. Fox News reported on how evacuation processes have begun from the coastal and low lying areas of India and Bangladesh to face the strongest super cyclone in their regions. They focused on predictions of gusty winds at a dangerous high speed along with immense destruction to people and properties and spoke of how the cyclone could be disastrous for everyone living in those regions.

AL JAZEERA reported that almost 82 killed as the cyclone hit India and Bangladesh, which swept off several villages and houses. They posted pictures of collapsed buildings, uprooted trees, lose electric wires along with flooded streets of some areas which have been badly hit by the storm.

The cyclone Amphan has left a deep mark in everyone’s hearts while the state is reeling under a lockdown in wake of the coronavirus pandemic. Be it locally or nationally or even globally, such a cyclone was never witnessed in decades in West Bengal.

The last massive cyclone was in the year 1999 in Odisha that claimed several lives. Cyclone Amphan was a rerun of the horror in West Bengal. However, relief supplies and other arrangements have begun reaching people impacted by the cyclone, stranded without food and electricity while some have been left homeless in the middle of the cyclone. It will take days for the state administration to access the exact extent of the damage to life and property, even as Mamata has offered an ex-gratia amount of Rs.2.5 lakhs to families of those who have lost their lives due to the cyclone.