How Samarpann is bridging rural-urban divide 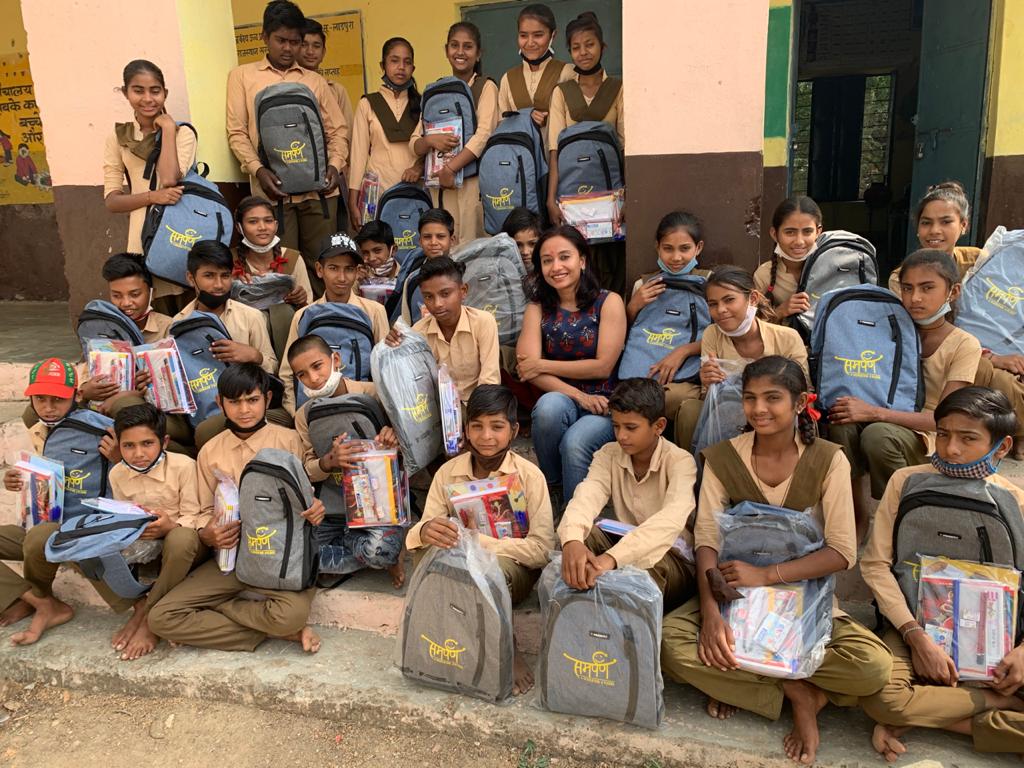 The rural and urban division is direly palpable in India. And to reduce this gap, a plethora of charitable and developmental organizations are instrumental in their respective capacities.

Samarpann, founded in 2016 by Mumbai based Dr Ruma Bhargava, a public health professional who worked in the Asia Pasific Headquarters of the International Health Cross, is one such. Dr Bhargava was also involved in the Universal Immunization Programme of India. Dr Bhargava is presently the Lead of Healthcare in World Economic Forum.

“Alcohol addiction, unemployment and low literacy rate are some of the challenges that we face while working. It is difficult to convince the parents, particularly fathers, to break away from their habits so that the money can go for educating their children,” lamented Dr Bhargava.

The All India Survey on Higher Education report highlights that the Gross Enrolment Ratio in 2018-19 for females has improved. However Dr. Bhargava said, “Gross enrolment ratio should not be the only indicator to measure the progress in education. Ability to retain children in schools is important as well.”

Children often drop out of schools for the sake of employment. People practicing agriculture shift to other places due to lack of water resources in their area. This adversely affects the education of children. Poverty as well as early marriage of girl children also increases dropout rates.

During the pandemic when schools had to be shut on account of the lockdown, private schools shifted to online mode of learning. However government schools lacked the resources to make the transition. According to Dr. Bhargava, lack of access to smart-phones was not the only detriment. “Human interaction is of crucial importance for a child’s overall learning and smart phones cannot be a replacement for it. So we cannot be assured that a child’s education will be taken care of if he or she has access to a smartphone,” she argues.

“It has also been found that girls are discriminated against when it comes to online education. If a family has access to only one smartphone the male child is given access to it and not the girl child. Even if we give smart phones to every child it will not solve the problem due to other prevalent issues,” she adds.

According to a UNICEF report 1,300 children under the age of 5 die each day due to diarrhea. Samarpan has a dedicated program for making clean drinking water accessible. Water purifiers have been installed in 55 rural and tribal schools of Rajasthan, Maharashtra and Uttarakhand. Water treatment plants are also installed based on the water quality of the particular area.  Samarpann also generates awareness among schoolchildren about maintaining proper hand hygiene and the importance of using toilets.

The taboo associated with menstruation is another problem that hinders efforts towards ensuring proper menstrual health. Women are often excluded and not allowed to enter the kitchen or places of worship. Even today, there are large sections of the population where women and girls use cloth during menstruation. Initially they could not afford it, but even after Union Government’s promotion of one rupee Suvidha sanitary napkins available at Janaushadhi Kendras, accessibility remains an issue. Dr. Bhargava said, “Cloths used as a replacement for sanitary pads should be washed properly. It should not be an old rug.”

Dr. Bhargava feels that the process of educating about proper menstrual health should start early from the school itself. “It should be the responsibility of the parents as well as the school. It should not be introduced to the girl child as a shock. Boys are equally a part of the society. They would have their mother or sister at home and as life progresses they would have a wife and a daughter as well. The male population should also be made responsible for advocating the cause along with the women,” she said.

Samarpann reaches out to girls in government schools and explains the scientific facts regarding menstrual hygiene. During COVID19 they supplied sanitary pads to the containment zones and in hospitals. In Arunachal Pradesh, Samarpann identified women Self Help Groups and augmented their capacity in manufacturing sanitary pads by providing them with sewing machines, sewing accessories and raw materials. They also distributed the pads within their own community. “During the lockdown, with shops closed, there was an increasing need for sanitary pads. Apart from ensuring menstrual hygiene it also helped in preventing environmental degradation,” said Dr. Bhargava.

Samarpann is enhancing their comprehensive school program and is working towards imparting skill education to young kids so that they have adequate livelihood opportunities. They have recently started with solar electrification of schools in tribal villages and have already installed three solar power panels in three schools of Nasik, Maharashtra. The tribal villages of Rajasthan will soon be taken up under this program.