How this start-up is building innovative play areas for kids 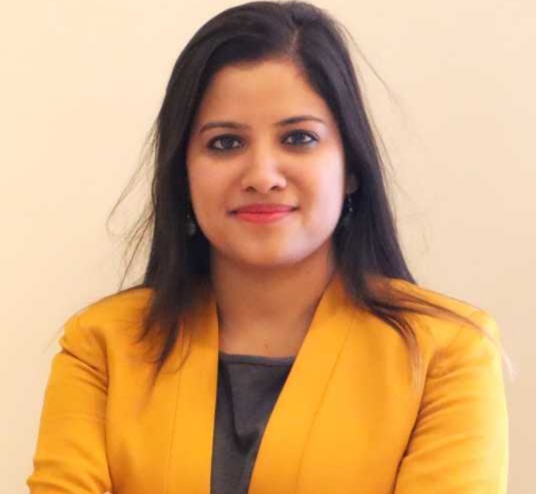 The world-scape is changing due to globalization. Last few decades have witnessed increased and rapid urbanization along with rise in residential areas to cater to the growing population. Sadly, infrastructure development has so far been solely adult-oriented, and requirements of children were largely ignored. As direct fallout of this we see rapid disappearance of parks and playgrounds.

Addressing this issue is, Pooja Rai, an architectural engineer from IIT Kharagpur, by has launching Anthill Creations, which builds interesting play areas for children to learn and have fun.

Talking to Optimist News, Rai said, “In our times we used to spend a lot of time on playgrounds with our friends but today children do not have good play areas and remain glued to screens. I wanted to address this issue.” Pooja Rai.

While pursuing the course at IIT Kharagpur, Pooja visited a care centre where she saw how young children were playing with slippers in small confined areas in absence of a proper playground. This triggered the idea of building playgrounds for children.

“There is a wrong notion that academics is the only thing important for a child’s growth. In reality every child needs be involved in diverse activities to develop their brains and grow up into a complete human. Games and sports are much needed activities for children in order to develop holistically. Good news is gradually the importance of public spaces is being realized as we see Bangalore revamping barren lands into play areas and Bhubaneswar turning public places into recreation grounds,” shared Rai.

As an initial step of her project Rai and team visited government schools and shelter homes of Kolkata which direly lack in play areas. Eventually they also covered other cities in and around Kolkata.

Due to lack of awareness on importance of play areas Rai had to faced fund crunch in the beginning. However, IIM Bangalore incubated her start-up during thefirst year journey and that helped in building brand recognition. Getting required permissions was another big road block for her.

“Initially our plan was to identify areas which can be converted into parks.  We wanted to build innovative parks, and to make than happen spoke to the children to know their mind. After series of consultations we started building the theme parks using simple DIY techniques. We also made children a part of the project which gave them a sense of ownership” added Rai.

Rai’s project idea was frowned upon by many including her parents. In the beginning of her career she worked with a start-up as a product manager but by then she was already creating Anthill as a part time venture. Soon she realized that her venture needs a lot more attention and that was when she decided to quit her job and devote whole heartedly to her brain child.

“I always wanted to create something unique for the needy, something that would create a social impact. The journey of Anthill has just started and we are already working with state governments of Andhra Pradesh, Orissa and Kerala and have created more than 100 parks,” shares Pooja.

We know how lockdown restrictions have kept children at home, as parks continue to remain close. To give some much needed respite to the little ones, ever-enterprising Rai thought of taking play areas to the doorsteps so that they do not miss out on their favorite pass time.

“We curated a play box especially for kids and named it ‘Play in a Box’. The box contains play mats, building boxes and other games. The goal is to see that kids are not deprived of their play time, be it through play box or playground. That is what Anthill is all about,” signed off Rai.

More power to you