‘Howrah has witnessed lots of development in the past 2 decades’ 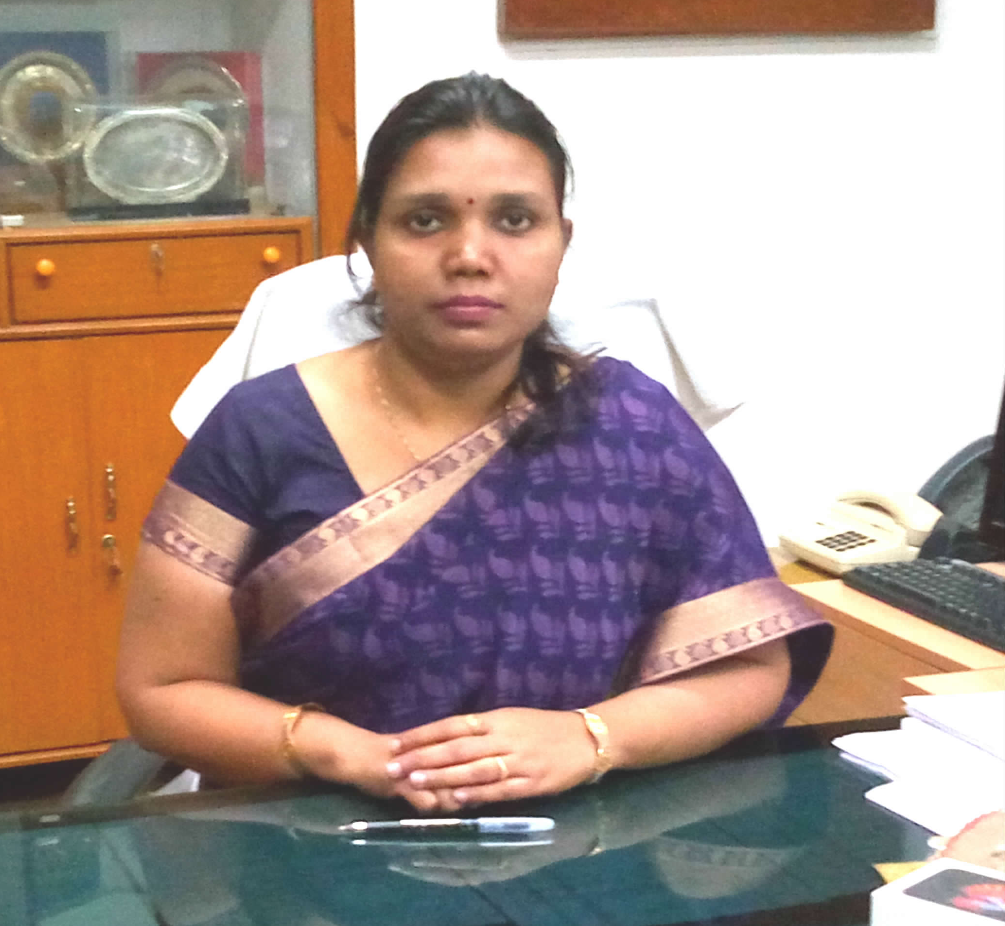 With a majestic mind, fierce spirit and dogged determination, Mukta Arya – who is currently the District Magistrate and Collector of Howrah, had a different dream and ambition. But sitting for the Civil Services exam with her brother proved to be a turning point.

Being an IAS officer and a bureaucrat, Arya has been involved in various developmental works in her district since the early phase of her career and is proud to have served this job for such a long time, after being selected for the bureau. In fact, she recalls that her first job as a bureaucrat has given her loads of good memories to cherish. She says how being in the system makes you realise that every little thing is like training and teaches you something which you remember throughout your life. “In life, there are people who teach and inspire you in so many ways.” She still follows a simple mantra given by her late Sanskrit teacher who had told her there will be three types of people in life: some who will not have any goal or dream, the second type will be who have goals and they achieve it but when any obstacle comes, they will immediately leave it and move away from it, and the third category would be the achievers, who will take up any struggle and face it no matter what. “The last category inspires me a lot.” The “3Ps” — Patience Perseverance and Passion, along with hard work keep one going in life.

Speaking of Digitisation and Digital India, she has a different perspective altogether. Throughout her life, while she was in school or pursuing her training in Civil Services, digitisation hadn’t made its way and gained such predominance. But now, it has taken over the concept of one-to-one communication, which she says should not have been the case. “I feel, today, more people are becoming open to the digital world which is good. Nowadays, more and more people are sending documents over mail; conferences can be done over Skype and video calls, which were not prevalent earlier.” Today, even little detail and document is available at the click of a mouse. But at the same time, with excess freedom, there come privacy issues.
“Digitisation might be a boon to the people and the government but if it is not utilised properly, it can act as a boomerang.” What is important is to have strong caretakers who will be overseeing the entire process and need to programme it accordingly as per needs. To understand what is right from the perspective of the state and its people, the right “permutation and combination” is of utmost importance.

Being a stout bureaucrat throughout her life, Arya has also seen how various state-backed projects have improved the lives of thousands. Projects such as Kanyashree or Swastha Sathi have proved to be effective. She has seen how women are now standing up for their rights with child marriage and school dropouts coming down in number and literacy rates going up. One important thing which she mentions is how the new “Kanyashree Club” is witnessing mass participation of women. Earlier, there used to be a lot of hesitation regarding joining such projects. Thanks to Kanyashree, “I see so many women participating and contributing their valuable time and energy to social issues and gatherings.”
Even Rupashree is doing significantly well and what is worth noticing is the impact of these projects.”
On Howrah’s development as a whole, she has high praises not just because she is the face of the district administration but she feels that the tremendous development that has taken place over the last couple of decades is commendable.

The state government has done a lot in implementing several reforms. Recently, the government has come up with a scheme called “Utkarsh Bangla”, which focuses on technical education, training and skill development. The main target of the state government is to promote development at the grassroots level and this course would encompass the overall skill development. Also, the scheme “Anandadhara” has been immensely successful in providing employment and creating an adequate scope of employment generation.

Those under schemes like Kanyashree, Rupashree are given specific training on skill development, which shows how rapidly things are changing. The potential is there, what needs to be done is to develop them. The “Swapna Bhor” programme is also highly recognisable as a skill development training programme because it focuses on providing adequate training to the Kanyashree girls to help them become independent. “I feel these are not just major changes that our government has adopted, but comprise the primary measures to improve the overall condition of the state.”

All these above-mentioned plans and schemes represent the overall change that is taking place in the state. Simultaneously, it also highlights the employment of women and not just men. When a process of skill development happens across the state, it is directed to all, so that the schemes penetrate every level of the social strata. The result is equality in terms of employment generation which is very important. This gender disparity is something which we all should try to overcome. As people are becoming more trained and literate, they can rationally judge things. Gone are those days when there would be inequality in terms of employment and remuneration. Today, education has a big role to play. We are gradually moving towards a platform where people can demand equal salary, designation and job roles, irrespective of men and women, which is a tremendous overall development. This situation can only arise if equal education is provided to one and all. Strict monitoring is done for these schemes, which makes it easier to implement and identify the results too.
“Looking at the current scenario, nowadays people have the freedom to choose their career. I am in the Civil Services because somewhere down the line, I intended to pursue this and my choices have been very fulfilling. It is important to follow one’s heart. There will be challenges but that should not stop anyone from pursuing what they like. We should appreciate what is there around us and keep doing our duties.”

On a memorable moment, Arya says: “I still firmly believe that when women attain a certain position of reputation in society, it is considered to be a great achievement. The age-old mindset of women not being treated as equal to men has changed. When I was posted at Murshidabad almost 10 years back, I was the first woman SDO. And I did not know Bengali. So, this 75-year-old man from somewhere suddenly came barefoot inside my office and started calling out: “Maa, maa”. This left me shocked. Later I was told that this man had come from a far-off village just to see me since I was a woman SDO. Today, it is a very common thing and I am happy that we are looking at things differently and adapting ourselves.”