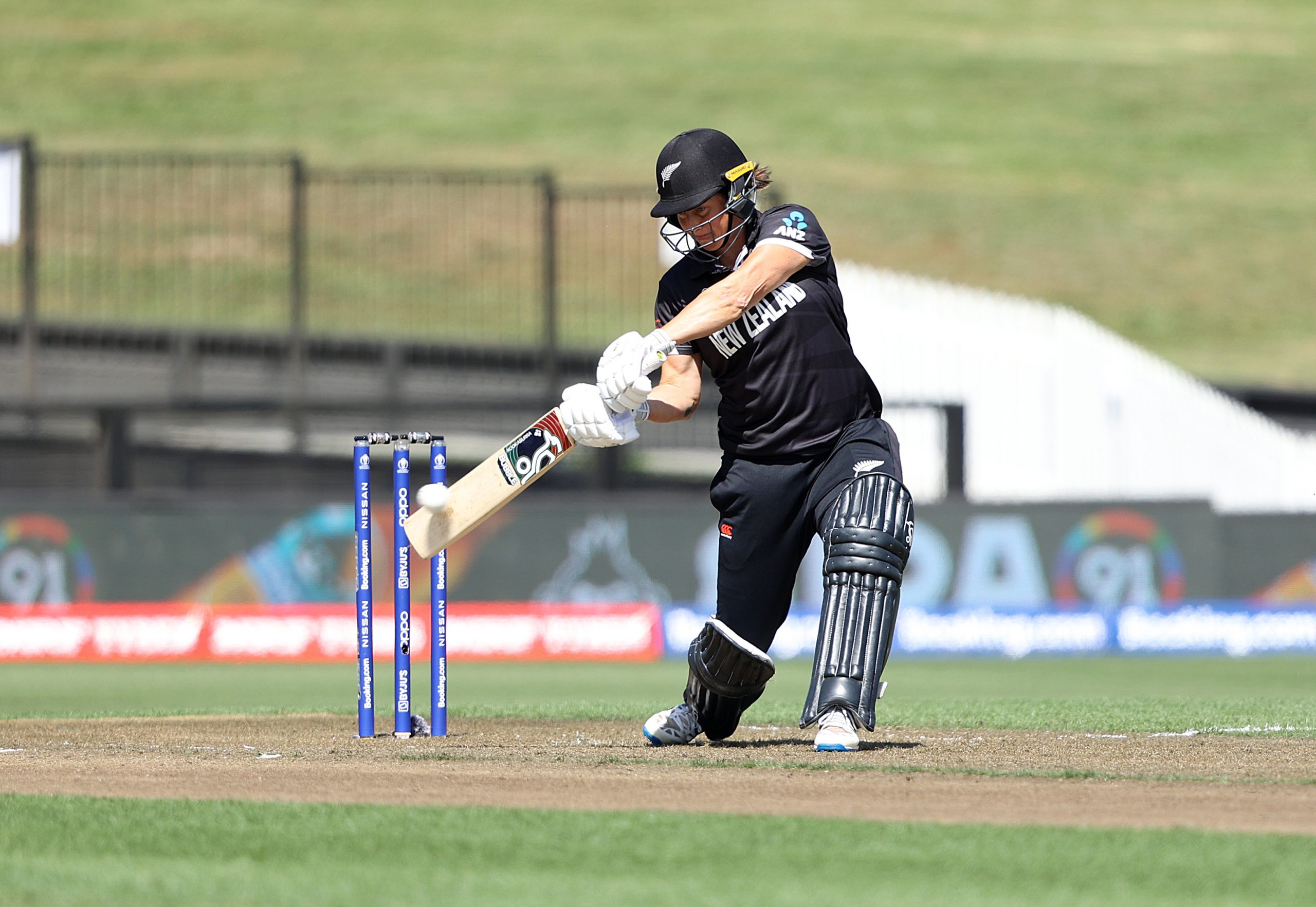 The White Ferns batted first with Satterthwaite’s knock off 84 balls and a 50 from Amelia Kerr helping them to 260 for nine.

New Zealand then bowled 162 dot balls as Lea Tahuhu – three for 17 from 10 overs – starred under the lights, as India were dismissed for 198.

A brisk 71 from 63 balls by Harmanpreet Kaur could only delay the inevitable: a first win for New Zealand against India at an ICC women’s world event since the ICC Women’s T20 World Cup 2010.

India elected to field and made a strong start as Pooja Vastrakar ran out Suzie Bates for just five. Kerr was then dropped on nine by a diving Yastika Bhatia as the White Ferns ended the powerplay on 51 for one.

Sophie Devine was out in the next over, Vastrakar finding the skipper’s edge and sending her back to the pavilion for 35. Kerr and Satterthwaite then built a healthy 67-run partnership before Kerr fell leg-before while attempting a sweep off Gayakwad to leave New Zealand on 121 for three.

Satterthwaite brought up her 27th ODI half-century off 60 balls but lost her partner Maddy Green one ball later as Smriti Mandhana held a fine catch at mid-on.

Katey Martin joined Satterthwaite and the experienced heads helped put a sizable total on the board, as they reached the final 10 overs at 211 for four.

Vastrakar dropped Martin on 24 but made amends by taking two wickets in two balls, first bowling Tahuhu for one and then removing Satterthwaite to leave New Zealand on 240 for eight with 3.3 overs to go.

Goswami finished with figures of one for 41 and her 39th World Cup dismissal moved her level with Australia’s Lyn Fullston.

India made a slow start in reply, as Jess Kerr dismissed Mandhana for just six, while they finished the powerplay on 26 for two. New Zealand stifled India’s batters and chipped in with regular wickets, as Tahuhu removed Bhatia for 28 and Mithali Raj was stumped off Kerr for 31.

Kerr then bowled Richa Ghosh for a first-ball duck to bring up a hat-trick chance, but Sneh Rana survived and went on to contribute 18.

Harmanpreet carried India’s innings and scored 20 off one Hannah Rowe over to leave India needing 90 from 42 balls. However, she fell to Kerr shortly after and then New Zealand took the remaining wickets to dismiss India for 198.