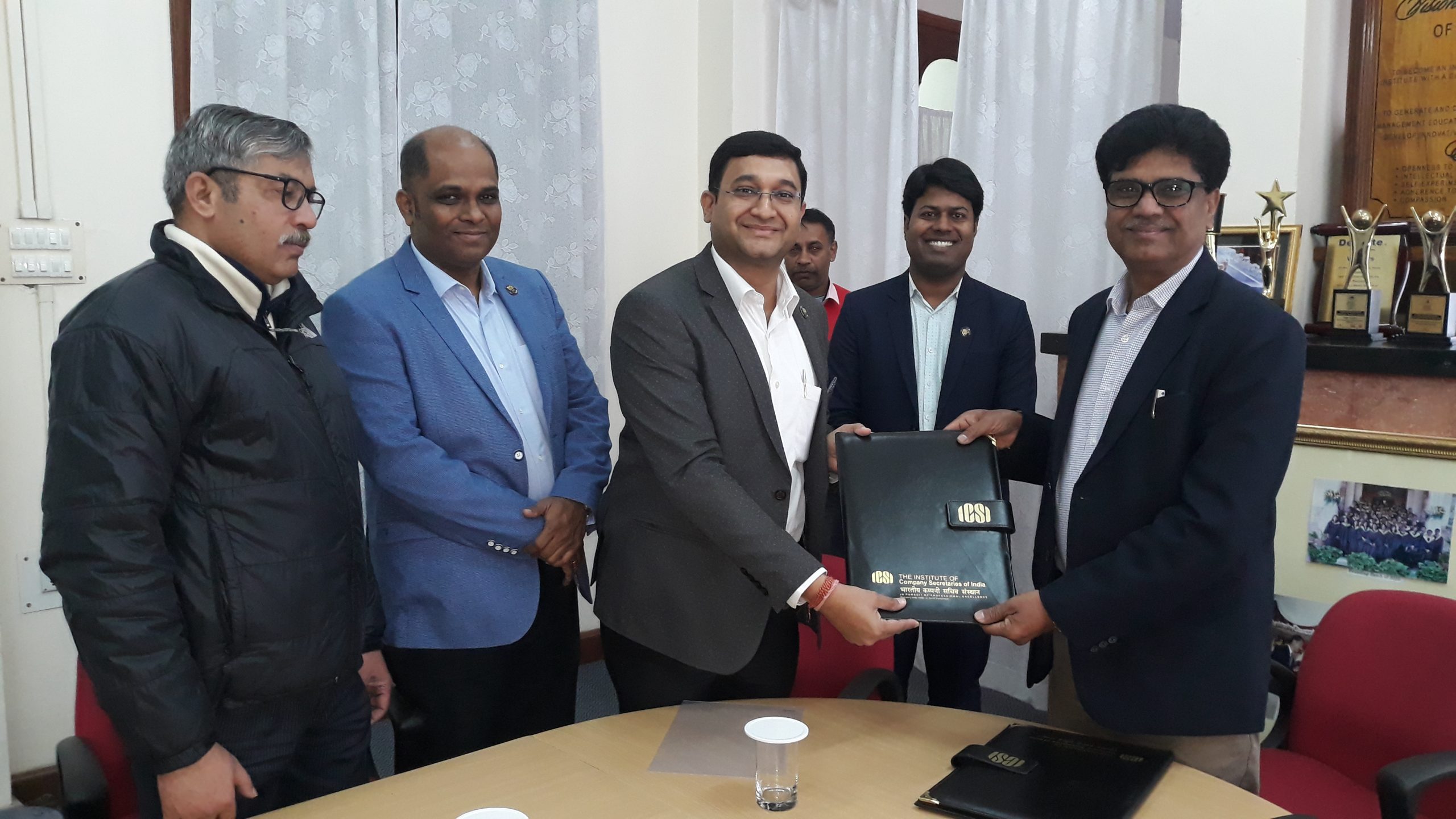 The Indian Institute of Management Shillong and The Institute of Company Secretaries of India (ICSI), New Delhi have agreed to create synergy between the university education and professional education to enhance visibility of the profession of company secretaries among the academia.

Through the agreement signed on 21 February, 2020 the ICSI has agreed to introduce a Gold Medal to be awarded to the student declared as IIM, Shillong Topper of the 2 years PGP flagship program and would be termed as the ICSI Signature Award carrying with it a certificate to be distributed annually. ICSI will provide the same through its North Eastern Chapter EIRO for distribution during the annually held Convocation conducted by IIM Shillong.

IIM Shillong is expected to send a report to the ICSI through its North Eastern Chapter giving full details viz. name of the student, marks obtained by the student, copies of mark sheets, pass certificate etc. The arrangement comes into force with immediate effect.