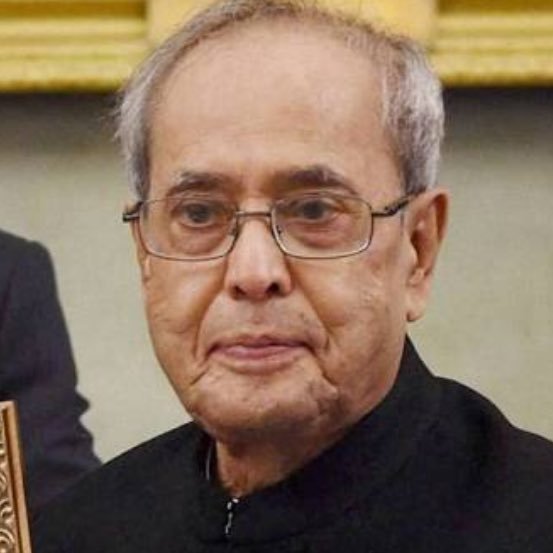 Former President of India and a veteran political leader, Pranab Mukherjee, passed away on August 31, 2020. Beleaguered with COVID19 pandemic, the demise of Mukherjee at 84, unsettled the people of India a little more. Mukherjee was not just a President and accomplished politician, he was a source of inspiration to many.

Pranab Mukherjee was admitted at Delhi’s Army’s Research and Referral (R&R) Hospital for brain surgery but his condition deteriorated due to lung infection, eventually leading to his death on Monday afternoon.

Bharat Ratna, Shri Pranab Mukherjee, became Presidential in 2012, but his political career spans for more than five glorious decades. His amiable personality and unforgettable service towards the nation, made him a quintessential father figure to all and with his demise, the nation indeed lost a true leader.

Distinguished leaders from India and all over the world expressed heartfelt condolences on Twitter.

Chief Minister of West Bengal, Mamata Banerjee tweeted : ” It is with deep sorrow I write this. Bharat Ratna Pranab Mukherjee has left us. An era has ended. For decades he was a father figure. From my first win as MP, to being my senior Cabinet colleague, to his becoming President while I was CM…”

Prime Minister Narendra Modi too tweeted: ” India grieves the passing away of Bharat Ratna Shri Pranab Mukherjee. He has left an indelible mark on the development trajectory of our nation. A scholar par excellence, a towering statesman, he was admired across the political spectrum and by all sections of society”.

External Affairs Minister of India, Dr S. Jaishankar tweeted: ” Deeply saddened by the passing away of former Rashtrapati Shri Pranab Mukherjee. Was privileged to work closely with him, particularly during his tenure as our Foreign Minister. His erudition and wisdom was really inspiring. Convey my condolences to his family. Om Shanti”.

Governor of West Bengal, Shri Jagdeep Dhankhar tweeted: “My tribute to one of India’s greatest sons Bharat Ratna Shri Pranab Mukherjee. He has left an indelible mark on the development trajectory of our nation. We have lost a towering statesman admired across the political spectrum. Pray Almighty tobestow eternal peace on departed soul”.

Abhijeet Mukherjee, son of late Shri Pranab Mukherjee tweeted about the demise of his father: “With a Heavy Heart , this is to inform you that my father Shri #PranabMukherjee has just passed away inspite of the best efforts of Doctors of RR Hospital & prayers ,duas & prarthanas from  people throughout India ! I thank all of You 🙏.

Minister of State for External Affairs & Parliamentary Affairs, V Muraleedharan too tweeted : “Deeply shocked & pained by the passing of Former President of India, one of the stalwarts of Indian politics, @CitiznMukherjee. His demise is an irreplaceable loss to Indian politics. He brought dignity to every position he held & served the nation with utmost sincerity”.

President of India Shri Kesari Nath Tripathi tweeted :”Sad to hear that former President Shri Pranab Mukherjee is no more. His demise is passing of an era. A colossus in public life, he served Mother India with the spirit of a sage. The nation mourns losing one of its worthiest sons. Condolences to his family, friends & all citizens”.

Former Congress President and Member of Parliament, Rahul Gandhi tweeted: “With great sadness, the nation receives the news of the unfortunate demise of our former President Shri Pranab Mukherjee.  I join the country in paying homage to him. My deepest condolences to the bereaved family and friends”.

Australia’s High Commissioner to India and Ambassador to Bhutan, Barry O’Farrell AO tweeted :” On behalf of Australia, we pass on our condolences to the family of former President of India Shri Pranab Mukherjee. Our thoughts and prayers are with his family. 🙏🏻#pranabda #PranabMukherjee.

Actor Riteish Deshmukh too tweeted :”Deeply Saddened!! A big loss for India. Former President of India Hon Shri #PranabMukherjee Sir will be forever remembered for his work & contribution for the development of India. My deepest condolences to @ABHIJIT_LS ji, the entire family & his millions of followers”.