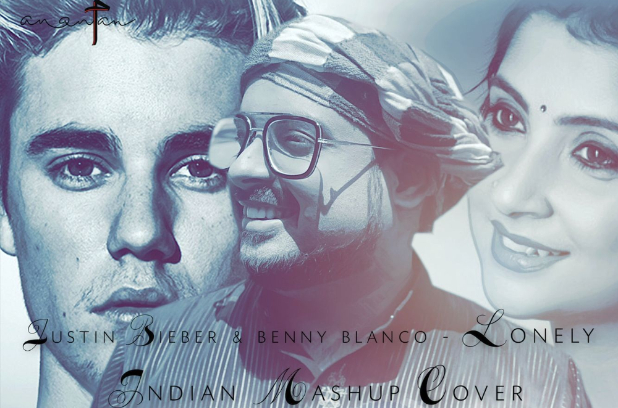 Justin Bieber’s Lonely painted a real picture of the dark side of childhood stardom. In the Indian mashup of the popular single, music composer Ananjan Chakraborty narrated an anecdote of his love and despair when the love of his life left him for another man and his journey of life took a different turn.

The Indian mashup cover of Bieber’s Lonely was recently launched in presence of singer Ujjaini Mukherjee in Kolkata.

“My idea behind this Indian mashup of Justin Bieber’s Lonely is the note combination or the basic tune of this melody, which bears a lot of similarity with a raga called ‘Kaushidhwani’ of North Indian classical music,” said Ananjan Chakraborty, also a sound engineer and music producer.

The Indian mashup wasn’t an easy one to shoot for Ananjan. Since it portrays his true journey, Ananjan acted his own part. Riti Chowdhury essays the role of his wife in the music video with Jyotirmoy Roy as Ananjan’s friend and Riti’s love interest later on. Gourav Gupta has directed the music video, which is produced by Ananjan’s Music Production Student, Samrat.

Having been trained at the Digital Academy, Mumbai under legendary sound engineer Daman Sood, Ananjan has produced more than 15 albums and more than 200 songs in the last five years. Soon, Arijit Singh will croon Ananjan’s composition. He is also working on the first-ever EDM of a Rabindra Sangeet and then, Ananjan also has a music video with his Padma awardee father.