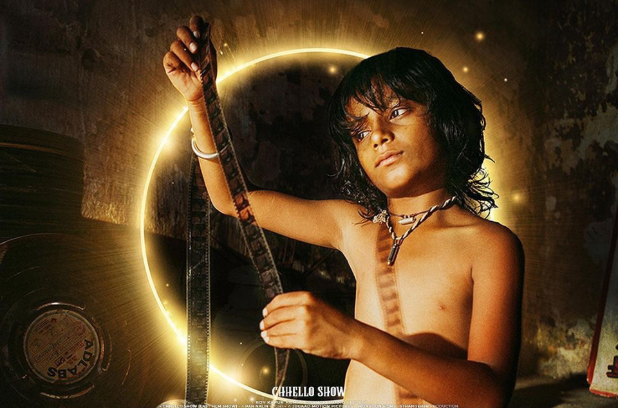 By now, we know that Pan Nalin’s Gujarati-language coming-of-age drama Last Film Show (Chhello Show) has become India’s official entry to the Best International Feature Film category of the 95th Academy Awards. Now, if you are planning to watch this movie, which won multiple awards across various international film festivals, including the Golden Spike at the 66th Valladolid Film Festival in Spain, then you need not wait till October 14, the actual date of release. Instead, you can now catch it in advance on Thursday night itself.

Considering the massive buzz around the title, the makers have decided to release the film on the last shows of Thursday i.e. October 13. Now, that’s not all. In keeping with its selection for the 95th Academy Awards, Last Film Show will now open across 95 cinemas at a ticket price of Rs 95. Yes, you read that right.  This is a welcome initiative by the makers to bring Last Film Show (Chhello Show) to the widest possible audience at an affordable price, all a day in advance.

“There has been immense excitement among fans for our film Last Film Show (Chhello Show) and we are all too happy to release it on the ‘Last Show’ of Thursday. Also, what better way to celebrate its selection at the 95th Oscars than by releasing it in 95 cinemas at a wonderful price of Rs 95,” said Pan Nalin, who had earlier directed Angry Indian Goddesses, which was ordered as many as 16 cuts by the Censor in 2015.

Producers Siddharth Roy Kapur of Roy Kapur Films and Dheer Momaya of Jugaad Motion Pictures also sounded elated. “We are thrilled that our film Last Film Show (Chhello Show) is finally reaching its appropriate destination. With our exhibitors on board, we are releasing the film in the final shows of Thursday across 95 cinemas at Rs 95 ticket price. This is our humble way of honouring the love and excitement audiences across India have shown for our film,” they said.

Last Film Show (Chhello Show) stars Bhavin Rabari, Vikas Bata, Richa Meena, Bhavesh Shrimali, Dipen Raval and Rahul Koli. It is a part-autobiographical drama that captures the charm of the western region of Gujarat while paying homage to the cinema of the past. It is a reminder of childhood innocence and the universal magic of the movies. The story is set against the backdrop of cinemas in India witnessing a massive transition from celluloid to digital, where hundreds of single-screen cinemas stand dilapidated or have disappeared altogether.

When the film became India’s official entry to the 95th Oscars, Pan Nalin couldn’t believe his luck. “I could have never imagined such a day would come and bring light and celebration of light. Chhello Show has been enjoying love from around the world but there was an ache in my heart that how do I make India discover it? Now, I can breathe again and believe in cinema that entertains, inspires and enlightens! Thank you Film Federation of India, thank you Jury,” the director, who made award-winning movies like Samsara, Valley of Flowers, had said.