More
More
HomeUncategorized'Infrastructure needs to reach the best possible standards in every city where... 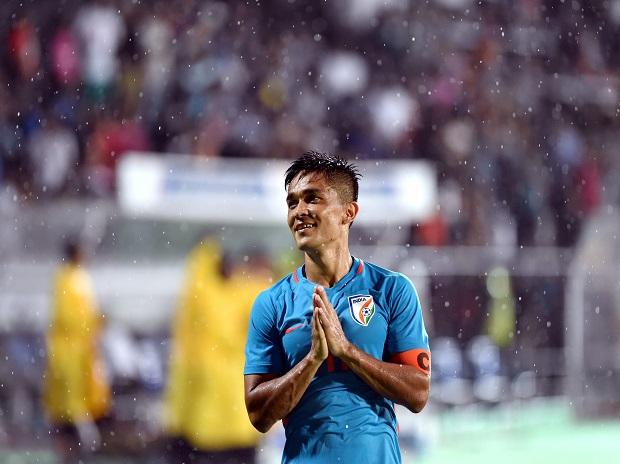 1.     Responsibility and honour come with a price. How do you analyze and gauge the sacrifices you made in your life to reserve your place in the league of some of the most skilled professionals in the world of football?

I don’t think it needs any analysis. The equation is very simple — if you want something, you have to be willing to let go of a lot of things. The concept of having your cake and eating it too doesn’t really exist here. Many factors determine how much you can achieve but the biggest of them all is desire. And once you want something so dearly, you are ready to willingly give up things that hinder the process.

2.     Losing and winning are a part of any game. How do you cope with defeats and how do you encourage your teammates?

I don’t really dwell on success or failure for more than a couple of hours. The beauty of the sport we play is there’s almost always a game to look forward to the following week. That isn’t to say that defeats don’t upset me. They do. But over time, I’ve learned to cope differently. I use it as a reason to work harder and get the result I desire. I am part of a team where we’re all pushing each other to get better. As for the younger ones, I try to talk less and focus more on setting an example with my actions.

3.     Lack of proper infrastructure needed for all-round development of football is still absent in India. Media-apathy is also taking a heavy toll. What is the way out and how can we reach our much-desired goal?

I’ve said this many times that Indian football is a process that will need the coming together of everyone involved. You cannot have five things from a list of 10 going well and expect to succeed. Every single one of those things on your list needs to be ticked off.

4.     Some observers often say that the meteoric rise of cricket has crippled the organic growth of games like football in India. Do you agree? If not, then, why as a captain, you have had to tweet and plead the fans to come and watch the games?

For starters, it’s really unfair to compare the standing cricket has in this country with football or any other sport for that matter. Cricket has done so many things correctly and other sports would do well to learn a few things from it. However, awareness towards football has surely increased. This has also got to do with the springing up of the league formats in different sports. Television has football, table tennis, kabaddi and badminton leagues being broadcast and this does play a big part in converting an audience. About the tweet, it was purely instinctive. As a professional footballer, you want to walk out to an arena that is full of your supporters. This is a sport where you thrive off the atmosphere that the stands can create. It felt right and I did it.

5.     As the captain of the national team and as an international football professional, how do you see the journey of Indian football? What are the greener patches and the grey areas?

I have been around a fair bit to tell you that a lot has changed in Indian football and that a lot more needs to change. There is definitely more awareness all around and that’s very encouraging. The pool of talented players has gotten bigger; there so much more young talent coming in and the fans are playing their part in a tremendous way. But like I said, there is a lot of work that still needs to be done. We should be playing as many games as possible — in the league and with the national team. Our infrastructure needs to reach the best possible standards in every city where there is a football facility. We need to keep up with sports science. Our grassroots initiatives have to be solid.

6.     Several new clubs such as Bengaluru FC and Aizawl FC have created their mark in the professional football arena within a very short span of time. Veterans like East Bengal and Mohun Bagan are still ruling the roost. Still, the synergy between the big and the small clubs are missing which is why football is still not an industry in India and investors and FDI (Foreign Direct Investment) is missing in this industry. What’s your take on this?

I have said earlier that Indian football is a work in progress and that doesn’t stand true for only our results on the pitch. Bengaluru FC has shown, in a very short time, what professionalism can do for the sport. Last season, we struck a front-of-shirt sponsorship deal with a South Korean car manufacturer and this only goes to show that if you do things correctly and have a set vision that you can convey, you will find suitors.

7.     International exposure for every footballer is very important. Are you satisfied as a captain with the global exposure that the Indian team is getting at this moment? What are the plans for the future?

We need to be playing more games against better opponents consistently. Are we getting games now? Yes. Would we benefit from more games? Yes. The plans for the future lie with the Federation and I am certain they will get us as many games as possible.

8.     What’s your dream for the Indian football team and Bengaluru FC? Do we need more football stars or skilled professionals who would be able to prove their mettle at the international games?

The dream is to do well for Indian football as much as I can. It’s not about the rankings for me. It’s about being able to consistently compete well with the best teams from the continent first. It’s important to dream but it’s far more important to execute. With Bengaluru FC, I’ve had a phenomenal ride and the journey is still on. I would like us to win silverware in Asia. We came so close to that in 2016 and have done really well in other seasons too. It would be nice to go one step further. We have won six titles in six seasons and that’s a pattern we all want to extend.