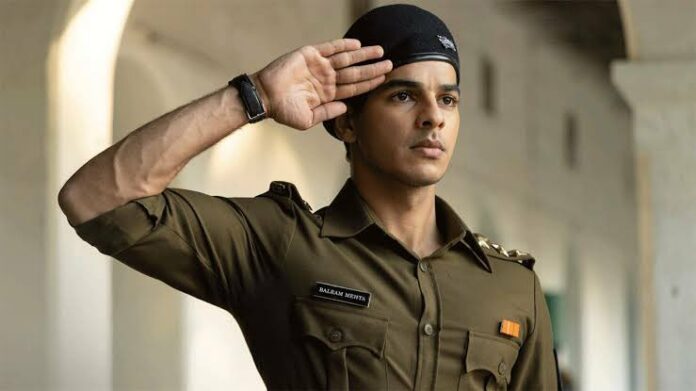 The Indo-Pak war of 1971 or the Bangladesh Liberation war of 1971 has several stories of grit and glory. And Airlift director Raja Krishna Menon’s Pippa narrates the heroic tale of Brigadier Balram Singh Mehta (Ishaan Khatter), a veteran of the 45th Cavalry tank squadron, who, along with his siblings, fought on the eastern front during the Indo-Pakistan War of 1971.

On the occasion of India’s 75th Independence Day, the makers unveiled the teaser of the film and also announced the new release date. The movie was earlier scheduled for release on December 9. Now, the war drama will hit theatres on December 2, 2022.

Based on The Burning Chaffees written by Brigadier Balram Singh Mehta, Pippa is the first-of-its-kind war tank film, which brings to life the Indo-Pak war of 1971 that led to the liberation and birth of Bangladesh. Ishaan will be seen essaying the role of the young brigadier, who played a vital role fighting the war on the eastern front as a part of the 45th Cavalry tank squadron.

“We are very excited to share with all of you a teaser of Pippa. It’s a small glimpse into the film we have been working on and carefully nurturing,” said the director.

Watch the teaser of Pippa here:

“Pippa set in 1971 against the backdrop of one of the largest refugee migrations in modern history that then led to the liberation and formation of a country is a story that must be told and we can’t wait to unravel the scale of this epic movie to audiences worldwide on December 2,” said Screwvala.

With a great sense of pride, on this 75th Independence Day, we unveil the teaser of #Pippa 🇮🇳
An action-packed war drama that brings to life the valour of our soldiers who fought the historic 1971 India-Pakistan war!https://t.co/wyq85XNdTr
Releasing in cinemas on 2nd Dec 2022.

For producer Kapur, the Bangladesh Liberation War is often heralded as the only ‘just war’ in history because it was fought to save lives and to free a nation. “We are honoured to bring audiences this inspiring story of the birth of Bangladesh, through the incredible journey of an Indian family on the frontlines,” he said.