More
More
HomeUncategorizedIsrael to setup Agri-centre of excellence in Tripura

Israel to setup Agri-centre of excellence in Tripura 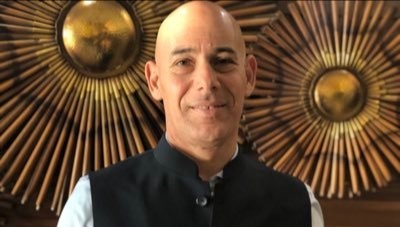 Israeli envoy to India, Dr Ron Malka, has recently assured to set up an agriculture centre of excellence in Tripura, the land he found full of potential, during his two day trip. Tripura was the third state, after Assam and Meghalaya, in his pan North East India tour.

“We have seen great potential among the people of Tripura and people living in this state have a strong will to work and collaborate. I would like to see Tripura joining hands with Israel in the agriculture sector. Israel is ready to share its best practices, achievements and bring technological innovations here, so that Tripura can easily achieve its goals. In India, there are 29 agriculture centers of excellence which are helping farmers to fetch better income. We want such a centre being established here so that Tripura farmers can access and get trained in high yielding technologies of agriculture”, he said.

About his meeting with Chief Minister Biplab Kumar Deb, he said, “the discussions have been fruitful and constructive. We are ready to share our experience in every sector. Agriculture has been given the prime importance during the meeting as it is the backbone of Tripura’s economy but issues like healthcare and water management also came up in the discussion. We have discussed the certain technologies that can be brought here in order to enhance the income of farmers, if not double it according to the vision of Prime Minister Modi”.

On Israel’s pan North East plan, he said, “We want to increase Israel’s presence in North East India. We have just nominated an honorary consul here in the North East. The office will be based at Guwahati and will operate as a representative of the entire North East region. This will act as a bridge and facilitate people of this region”.

On being informed of SEZ which is currently under-progress and also of other trade friendly infrastructures that are getting readied in the state, Malka assured to support Tripura in becoming a market oriented competitive entity.

“We will help Tripura in facing markets. To become more market oriented that will overhaul the entire chain of value addition and more precisely will help the state become a competitive force when it comes to quality and quantity. In simple words, we will help Tripura to become successful by adopting Israeli technology,” assured the Israeli ambassador.