More
More
HomeUncategorizedJhulan Goswami: A force to reckon with in women’s cricket

Jhulan Goswami: A force to reckon with in women’s cricket 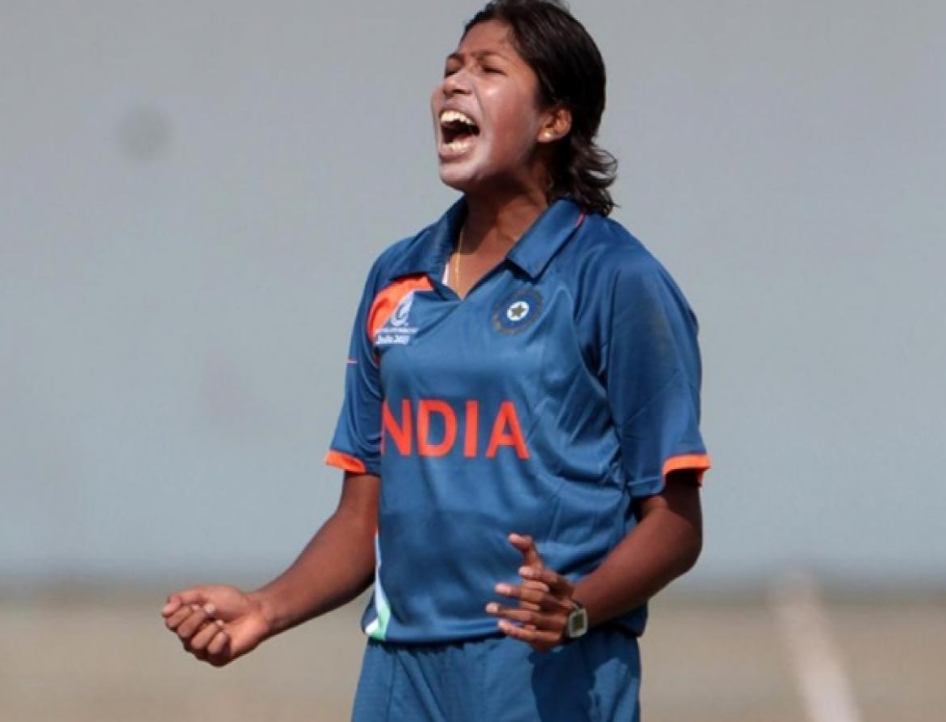 Coming from a humble background, the lightning lady of Indian women’s cricket Jhulan Goswami is an inspiration for the upcoming generation of aspiring cricketers. An all-rounder in her own right, she was the former captain of the Indian national team and has championed the cause of women’s cricket for several years. She travelled all the way from Chakdaha to Kolkata to practice, broke prejudices and gender barrier to become a true champion. Excerpts:

Q. When we talk of a sport such as cricket, usually as a stereotype, we believe it to be a men’s sport. You became an icon for everyone. As a woman, you broke the gender barrier and the traditional patriarchal view. What do you have to say about that?

A. I have always loved sports in general and I grew up playing and watching sports. I’ve always tried to overcome any obstacle that has come my way, only to learn more of what I was passionate about. Society and its norms never bothered me enough. My family never stopped me from playing and encouraged me as much as they could. There were limitations but that never stopped me from following my passion. As I grew up, I realised, it was difficult for a woman in this field but I kept pushing myself, because I loved cricket, and I wanted to pursue it as a career option in future. When we grow up, our parents start to decide on what their children should opt for until they are eligible to choose on their own. Priority is given to education first and then the co-curricular activities and last comes sports. It is a kind of gambling, as it’s very uncertain. I never faced the massive level of discrimination as a player. I was lucky enough to be accepted by all. I faced certain difficulties but I remained focused and was determined to represent my country.

Q. Mostly, all cricketers rise from urban areas. As a contradiction to that, how would you describe your struggles?

A. Cricket is expensive compared to other sports. It requires a proper kit, uniform, a good playing ground and a commendable infrastructure which is difficult to find in villages. Currently though, the situations and circumstances are different. The infrastructure for a cricket playing ground is present today everywhere. Cricket has become a brand now. Many children in sports come from villages and they are doing considerably well for themselves. It doesn’t matter where one belongs to because talent can be produced from any sphere. No one could have imagined, a girl from Manipur such as Mary Kom, would win an Olympic medal in boxing. Neither could anyone expect MS Dhoni, a player from Ranchi, become one of the best captains India will ever see.

Q. You are one of the best pace bowlers India has ever seen. Even though you’re an all-rounder, your skills in bowling are far-fetched. Would you agree that such talents are few?

A. Honestly, when I started under Sapan Sadhu at Vivekananda Park, I was young and fascinated by Sachin Tendulkar’s batting skills. He was an inspiration. Every 90s kid, who wanted to become a cricketer, desired to bat like him someday. I have watched his matches, learnt from them, understood patterns and wanted to become as skilled as him someday. Later in the years, for my height and action, I was chosen for my balling skills. I trained really hard and enjoyed my role in the game.

Q. Under your captaincy, the Indian women’s cricket team came under a lot of limelight. How did you manage to achieve so much in such a less time?

A. I led India for a very short period. I tried my best to continuously create a safe place for the youngsters and tried to make them comfortable. To me, a team must be supportive of its members. To get the best performance out of my players, I need to make sure they’re comfortable and in good health, both physically and mentally. I have tried to protect the young players as much as I could because they must rely on their captain. When I was young, I was clueless and had a lot of unanswered questions. I wanted to learn a lot and had doubts which were never cleared. I didn’t know the difference between domestic and international cricket, neither was I aware of the pressure I would have to inculcate. It was important for me to reduce the gap between those doubts and pave way for clarity. I wanted to connect with the youngsters mainly because those who were a part of the team for a long time knew how to handle the pressure. It was the youngsters who needed to be motivated and encouraged throughout and I always strove to strike a healthy relationship with them.

Q. We have known many players whose performance deteriorated with time due to injury or age. What is the main factor behind your continuous stellar performance?

A. Fortunately, even though we attained a level of injury in our matches, we had the time to heal and recover to a better state. Unfortunately, we only have two series of international matches a year, which means, less performance and declining confidence. The time between the matches is so long that the injuries don’t affect much. Although they are part and parcel of a sportsperson, injuries generally fail to halt growth because we knowingly enter our field taking all risks. The reason why you can evidently see the declining state of a sportsman in a match after an injury is because they have frequent matches, giving them less time to heal unlike ours.

Q. Would you be interested if you’re offered to coach the IPL team someday or would you rather go for administration?

A. I am well afar from thinking of future right now. When time comes, I’ll choose accordingly. For now, I’m more interested in the upcoming South Africa series.

Q. What would be your advice for parents of those who aspire to be cricketers someday?

A. I don’t want to sound bias but I would like to advice all sportspersons, not only cricketers in particular, out there who want to take up sport as a career. Parents, kindly support your children and encourage and motivate them in whatever they do. They don’t need you to teach how to play, they already know their game; they just want you to appreciate their passion and talent. Don’t criticise them, don’t underestimate them and don’t demoralize them. Let them play and become who they want to be.