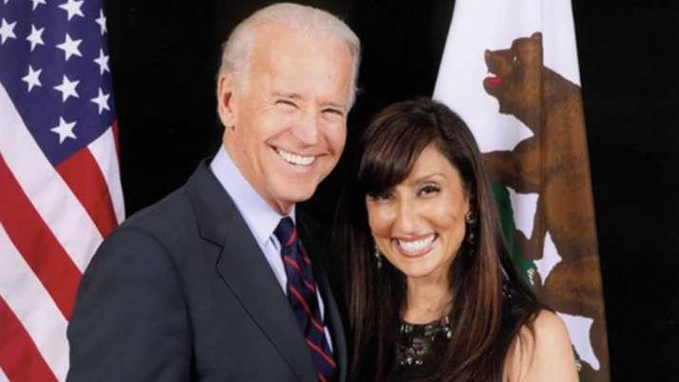 Washington DC: US President Joe Biden has nominated Indian-origin political activist Shefali Razdan Duggal as his envoy to the Netherlands.

“Today, President Joe Biden announced his intent to nominate the following individuals to serve as key leaders in his administration: Shefali Razdan Duggal, Nominee for Ambassador Extraordinary and Plenipotentiary to the Kingdom of the Netherlands,” the White House’s press statement read.

The US Embassy The Hague tweeted: “We are delighted that @POTUS has announced the nomination of Shefali Razdan Duggal to be the next U.S. Ambassador to the Kingdom of the Netherlands.”

Shefali Razdan Duggal, an immigrant to the United States from Kashmir, India, is an experienced political activist, women’s rights advocate, and human rights campaigner, White House said in a statement.

Razdan Duggal is a former Presidential Appointee to the United States Holocaust Memorial Museum Council, and continues to serve as a Western Regional Advisor.

She is a San Francisco Committee member of Human Rights Watch, a member of the Wake Forest University Leadership and Character Council, and served on the National Board of Directors for Emily’s List.

Razdan Duggal is the recipient of numerous civic awards, including being recognized with the Western Regional Leadership Award by the U.S. Holocaust Memorial Museum, as a Community Hero by the California State Assembly, and as one of the Most Powerful Women in California by the National Diversity Council.

She served National Co-Chair of Women for Biden, and as a Deputy National Finance Chair at the Democratic National Committee.

Under Joe Biden’s presidency, Duggal has served as National Co-chair of Women and as Deputy National Finance Chair at the Democratic National Committee. She has a Mass Communications degree from The University of Miami, and a Media Ecology degree from New York University.