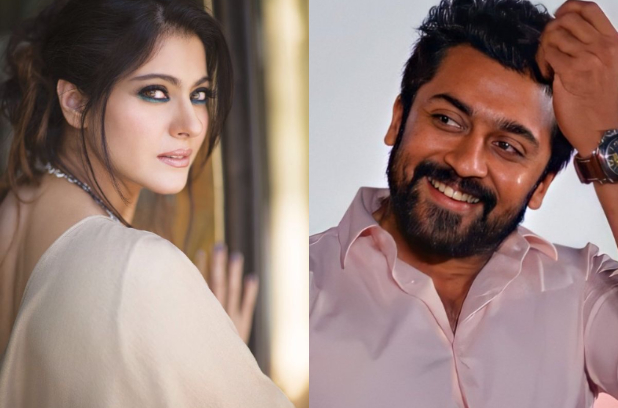 It’s a proud moment for Indian Cinema as Kajol, Suriya, filmmaker Reema Kagti, directors Sushmit Ghosh and Rintu Thomas of Writing With Fire fame have been invited to become members of the Oscar committee’s Class of 2022. Among the 397 new members invited by the Academy of Motion Picture Arts and Sciences, Pan Nalin and Murder on the Orient Express producer Aditya Sood are also present.

In a statement shared on its website, the Academy said the list includes artists and executives who have distinguished themselves by their contributions to theatrical motion pictures.

“Membership selection is based on professional qualifications, with an ongoing commitment to representation, inclusion and equity remaining a priority.  The 2022 class is 44% women, 37% belong to underrepresented ethnic/racial communities, and 50% are from 53 countries and territories outside the United States.  There are 71 Oscar nominees, including 15 winners, among the invitees,” the Academy said in the statement. The Oscar committee 2022 list also includes international stars like Billie Eilish, Finneas O’Connell, Ariana DeBose and Troy Kotsur.

Also read: Cupcakes or loofa, Oscar dress of Billie Eilish will leave you in splits

It's time to announce our new members! Meet the Class of 2022. https://t.co/BIpkeYpGPV

Trade analyst Ramesh Bala shared the news on Twitter. He also posted that Suriya has become the first Tamil artiste from India to have received the prestigious invite. In fact, Suriya’s Jai Bhim was shortlisted for Oscar 2022 under the Best Picture category. But it failed to make the cut.

While Kajol is known for her noteworthy performances in films like My Name is Khan, and Kabhi Khushi Kabhie Gham, Ghosh and Thomas’ Writing With Fire was nominated in the best documentary feature category at Oscar this year.

Writer-director Reema is known as a brilliant story teller for Zindagi Na Milegi Dobara, Gully Boy, Made in Heaven and Dil Dhadakne Do. She has also directed Talaash and Honeymoon Travels Pvt Ltd.

Actor Ajay Devgn is a proud husband and didn’t shy away from congratulating his wife-actor Kajol on her achievements. “Congratulations to @itsKajolD for being invited on #Oscars panel. Feeling ecstatic and incredibly proud. Also congrats to all the other invitees,” he wrote.

Congratulations to @itsKajolD for being invited on #Oscars panel. Feeling ecstatic and incredibly proud.

Also congrats to all the other invitees ⭐