More
More
HomeEntertainmentAll About EntertainmentKaushik Ganguly, Churni Ganguly to be seen as onscreen couple for first...

Kaushik Ganguly, Churni Ganguly to be seen as onscreen couple for first time in ‘Subho Bijoya’ 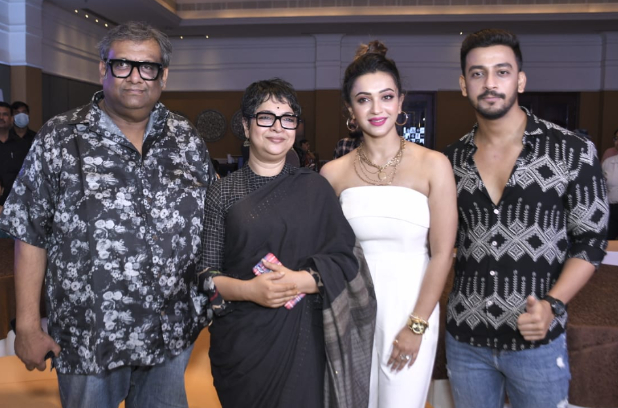 His staunch critic, Churni has been associated in almost every film of Kaushik. Though Kaushik has cast Churni in various characters starting from his debut Waarish (2004), none ever cast them together as actors. But Rohan did in Subho Bijoya and the directors-actors will play an onscreen couple for the first time in a Bengali film.

As the title of the film suggests, it is about Durga Puja, the biggest festival of the Bengalis. The young director plans to release the film post puja to let the audience soak in the ambience of the festival.

Kaushik was impressed with Rohan when he first met him for the narration. “This young maker came to us with an interesting concept. And this is only his third film. However, I was worried about something else. Subho Bijoya has Kharaj Mukherjee, an actor par excellence. I have always avoided being in the same frame with this actor. And then, Churni and I will be playing a couple for the first time on screen. I can only share the experience after we have done our scenes,” he said with a laugh.

Churni has a different reason to worry. She has acted with Kaushik in the same films before but this is the first time, any director apart from her husband has cast them together and that, too, as an onscreen couple. “The problem is Kaushik starts laughing when he has a scene with me,” said the Nirbashito director.

Meanwhile Bonny is excited to share screen with a set of talented actors. “Koushani and I come from the world of commercial cinema. So, the mix of actors is unique and interesting. I am sure the audience will like the concept of the film,” he said.

Rohan plans to start shooting the film in end-July. He had earlier directed Aparajitaa: An Unspoken Relationship and Ebhabei Golpo Hok.