KKR kick off IPL campaign with 6-wicket win over CSK 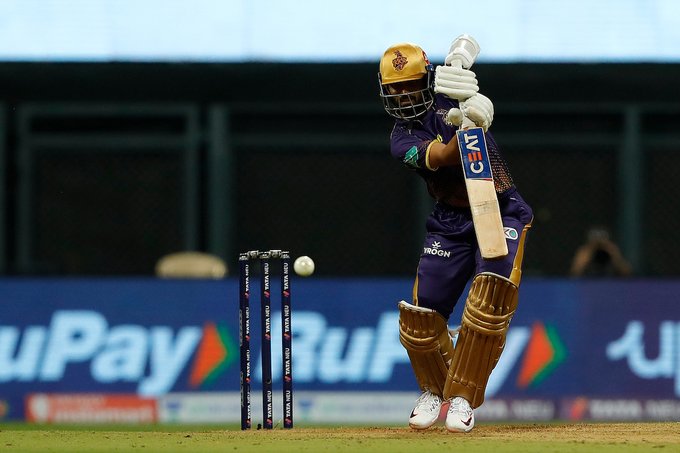 Mumbai: Kolkata Knight Riders (KKR) kicked off their Indian Premier League (IPL) campaign with a six-wicket win over Chennai Super Kings (CSK) with nine balls to spare at the Wankhede here on Saturday.

Earlier, Mahendra Singh Dhoni’s 38-ball fifty provided Chennai Super Kings (CSK) a late surge that helped the side to post a respectable 132 runs. Captain Ravindra Jadeja and Dhoni rescued CSK by scripting an unbeaten 70-run stand for the sixth wicket. Batting together, they ensured no further loss wickets and smacked 47 runs off the last three overs.

Shreyas and Co. were too good for the first 17 overs of the match. The KKR captain won the toss and immediately got the ball to talk by removing both the openers – Rituraj Gaikwad (0) and Devon Conway (3).

Sheldon Jackson stumped Robin Uthappa (28) and then a mix-up in the middle saw Ambati Rayudu (15) lose his wicket before Shivam Dube (3) gifted his wicket away. At 61/5, it looked bad, but at 84/5 in 17 overs it looked worse as Dhoni struggled against Varun Chakravarthy and Sunil Narine’s tricks.

Jadeja (26*), surprisingly, timing was off unlike what he had exhibited in his an unbeaten 175-run knock against Sri Lanka in the Mohali Test. Things, however, changed, as former captain Dhoni took the charge and immediately hit Russell for three boundaries.

Shivam Mavi bowled an outstanding first half of the 19th over, an CSK managed to post an under-par 131.

Earlier, Umesh removed Gaikwad for a duck, but Uthappa got CSK going with a fine boundary to the leg side off Mavi. He then smacked the first six, lifting the ball over mid-wicket off Umesh in the third over.

Conway, who was struggling to get going, departed cheaply after Umesh bagged his second wicket as he holed out to Shreyas. In a big blow to CSK, Varun struck in his second over, picking up Uthappa just when the stand between him and Rayudu was building. It was the last thing CSK wanted.

A silly run-out cost them the wicket of Rayudu who set off for a single. Iyer was composed as he chucked the ball to the bowler who did the rest. CSK then were in deep straits at 52 for 4. Another batsman feel cheaply and CSK lost half their side. Dube found the man at midwicket and CSK were 61 for 5.