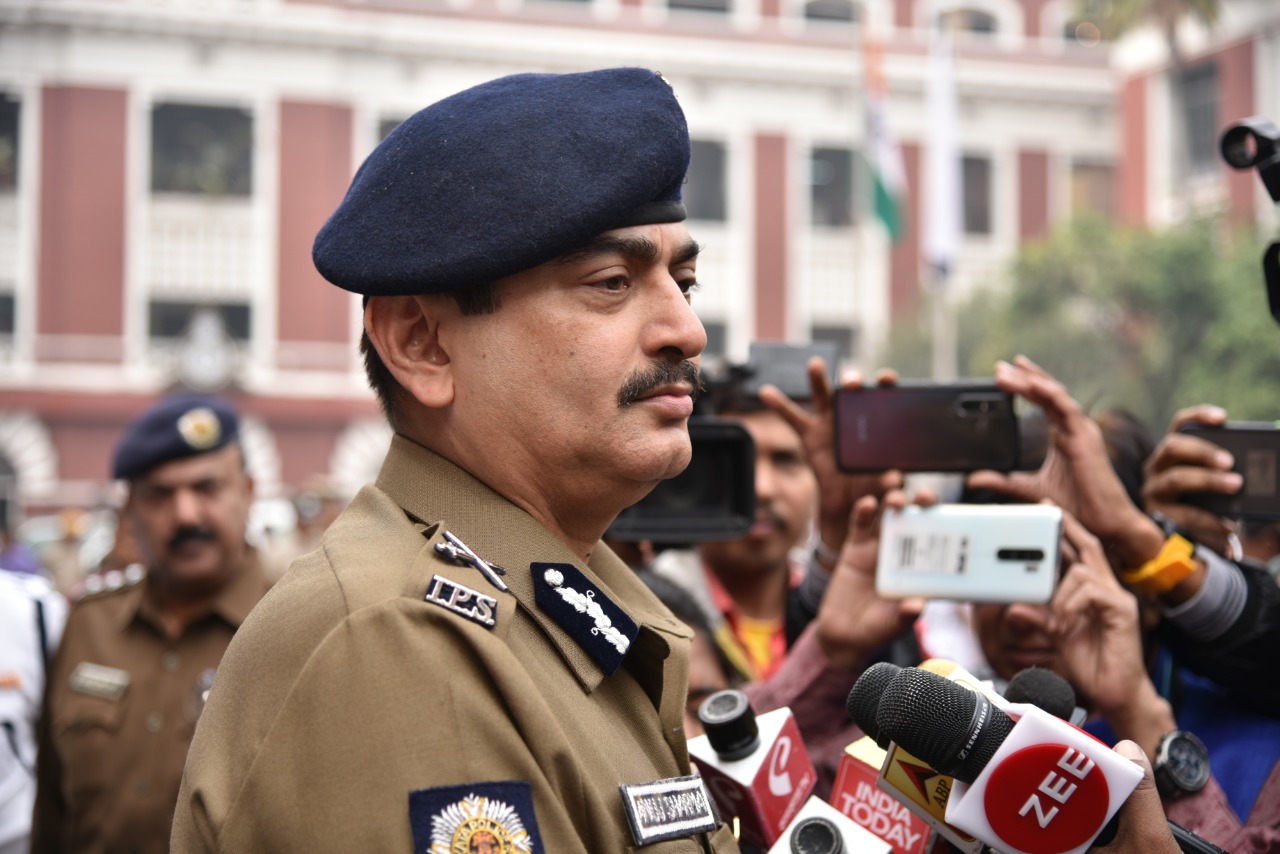 Millions of men and women in uniform are at the forefront in this fight against Covid-19 virus, that has already claimed lives of more than 8000 citizens across the world. The law-keepers are facing a dual challenge as they not only have to maintain the law and order situation, but by often being exposed to victims of the Corona virus. To keep the cops on duty safe, the Chinese Police force have already distributed smart helmets, which are capable of recording pedestrian’s body temperature from a distance, without touching them.  In a bid to sensitize the
citizens Kerala Police posted a video of officers wearing masks and dancing to a  song with modified words, to spread awareness about washing hands to arrest the further spread of the disease.
To get the full info please click on:

Following the trend of Kerala Police, Hyderabad is too paying heed to hand washing, to educate everyone regarding the myriad measures to keep themselves safe.

Covid-19 virus drew a blank for a second day on trot in Kerala with no new positive cases being reported even as the state continues tosecure its defences reported a leading daily. All around the city the hospitals and the doctors are working day and night to safeguard the lives of themselves and the ones around them. .

The Kolkata’s very own men and women in white uniform on the streets are also vigilant and alert to stall the further spread of Covid-19, after the first person to test positive for Covid-19 on 17th March was
an 18 year old boy who had returned from UK. Constant tweets and safety messages are being spread through the personal twitter handle of the Commissioner of Police of Kolkata, Anuj Sharma, IPS. In an
exclusive to Team Optimist, Sharma said, “Adequate steps are being taken to ensure that the disease does not spread”.

The Kolkata Police Commissioner further added, “It is very important to abide by protocols which have been stated by the Indian Government and the West Bengal Government, to make sure that people stay safe and protected”. Presently there are thousands of young men and women in the Kolkata Police force, who stand in the line of duty to keep the city of joy safe and risk their lives to stop the spread of the virus that has affected more than 122 countries. Presently, India has recorded 148 Covid-19 cases, with Maharashtra recording the highest number of cases at 42. “At this point of time I have to direct our officers to use masks, wash their hands with soap frequently and use hand sanitizers to keep the dirt and virus away”, Advised Sharma.

He further praised all the doctors who relentlessly worked in the hospitals day and night risking their own lives in order to save the patients. He tweeted “Salute to the fraternity of Doctors and health staff for their unselfish and unrelenting endeavours to provide 24*7 service”. #WeCareWeDare

Families of Kolkata Police personnel reside at different Kolkata Police housing establishments across the city including the body-guard lines in Alipore. “We have to expose ourselves to the risk of Corona virus, because it is part of our duty. However, we are adhering to all measures to keep ourselves and our families safe the from the virus.”, Said Sharma.

“I would also request Kolkatans to avoid unnecessarily travel, isolate and quarantine themselves in their houses to prevent the spread of the disease. If symptoms are detected, then patients are quarantined and kept in incubation for a period of 14 days. If symptoms continue to show, then tests are conducted, and strict medication is followed. This will reduce 80% chance of catching infection. We are taking all steps to fight against this.” Said the Kolkata Commissioner of Police while explaining how suspected Covid—19 cases are handled.

Officers-in Charge of Police stations across the city are on high alert and are personally monitoring their areas while also being in constant touch with Lalbazar, the Kolkata Police headquarters. Posters have been put up everywhere on walls and all housing estates are being regularly cleaned to maintain hygiene.

With social media being abuzz with misinformation apart from valid
information, Kolkata Police cyber-crime department is cracking down on rumour mongers. “I have been advised to keep a close watch on all the visitors coming to Lalbazar and our cyber-crime team is working round the clock to stop any sort of fear mongering on social media platforms, so that rumors are not spread about the deadly COVID 19″. Talking further on fake news which are easily spread through the social media sites, Commissioner of Police, Kolkata Anuj Sharma advised the netizens not to spread any fake stories and create unnecessary panic. “Don’t listen to rumors! Verify facts before believing! Take all the precautions to prevent spread of #COVID19! Be safe…be healthy!” #WeCareWeDare, Explained Sharma.

Safeguarding measures are meant to help people understand their responsibility towards others around them. With cases rising in India in recent weeks, proper precautionary steps and measures according to the World Health Organization (WHO) guidelines aim to keep the situation under control.