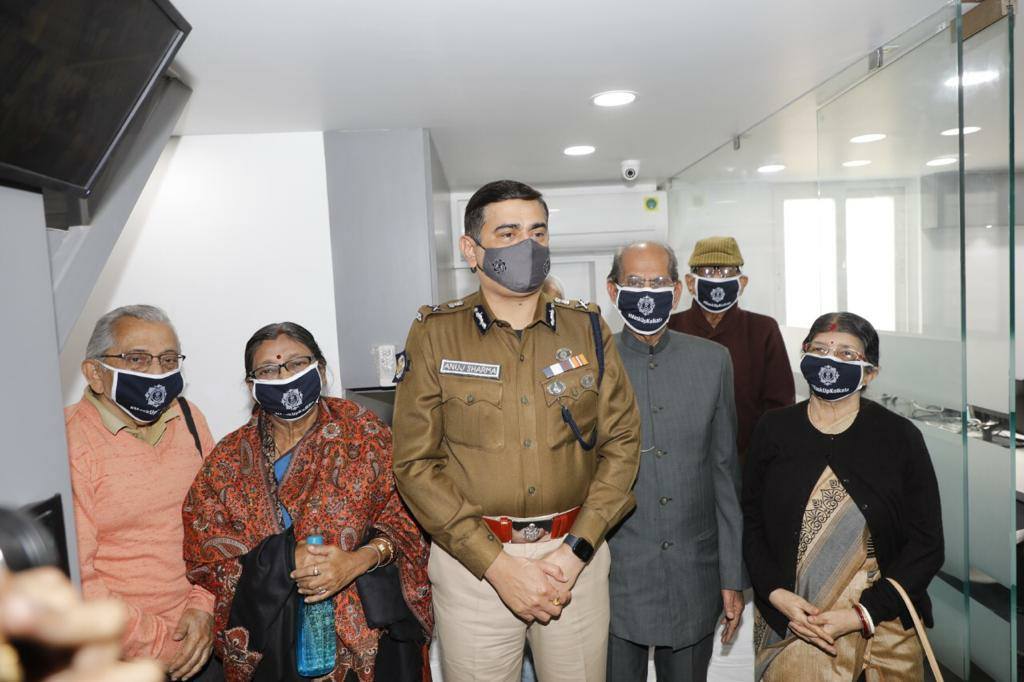 Kolkata Police (KP) with the help of the Government of West Bengal have started their flagship initiative ‘Pronam’ to help abandoned senior and elderly citizens who are not only deprived of medical help but also need assistance in day to day living. Kolkata police has started to enroll such individuals to provide them with the helpline number and routine door-to-door visits made by members associated with the project.

Initiated in June 2009 to facilitate legal and medical help to senior citizens of Kolkata, Pronam has made a lasting impression on their life. Not only is medical support from 28 hospitals assured, a 24-hour helpline number is also provided to senior citizens once they are registered under Pronam. And the project goes a step further. Efforts are also made to soothe the pain of loneliness which often takes over the wellbeing of the elderly.

Recently in Tollygunge, a new office has been established to aid Kolkata’s senior citizens. The Kolkata Police Team along with Commissioner of Police, Anuj Sharma, and Gautam Ghosh, notable Bengali film director and the current president of the project who has been on the board since its inception, were present to inaugurate the new office.

According to Ghosh one of the ground reasons to establish the project was the sad reality that society lacks love and empathy for fellow humans. “If I look at today’s society, it is becoming selfish and inhuman and what we have observed during the pandemic is that the fear of contracting disease has made people far more reluctant to step outside and help others. But pandemic aside, I have personally observed that today people in general don’t care for their neighbors and don’t extend help to elderly people. The whole concept of love and compassion, which is regarded as the most important pillar of society, is missing these days. So, through Pronam we have been helping senior citizens of our society and Kolkata Police has been very helpful in implementing the project right from the start,” shared Ghosh.

The whole initiative is going strong at the ground level because of the sweat put in by the Kolkata Police. Gautam Ghosh was explicit in showing gratitude to the KP team for their hard work.

Today’s youth is tomorrow’s future and Ghosh firmly believe that the contribution of youngsters can be a game changer in the initiative. “More youngsters are needed for the work and I would like to appeal to youngsters to come forward and help the senior citizens and contribute to the society they live in. It is not their fault because the entire system has gone self-centric and they are born amidst this chaos. That said, we need to come out of it and think of greater good for society. Once you receive that spirit then the work will be more effective and create a desirable impact,” concluded Ghosh.