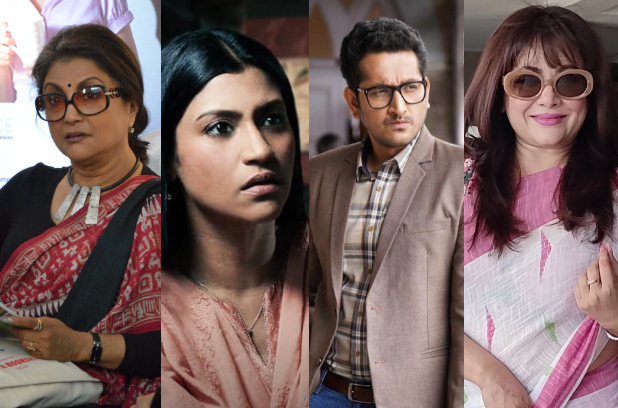 When the nomination list for the Indian Film Festival of Melbourne 2022, one of the biggest international Indian film fests, was announced, it gave enough reasons for Bengal to cheer. Several names from Bengal made it to the nomination list of the prestigious annual award ceremony, which is being held in the physical format in Melbourne after two years of going completely virtually.

Actors Konkona Sen Sharma, Parambrata Chatterjee, Sreelekha Mitra, directors Aparna Sen and Aditya Vikram Sengupta got nominated at the Indian Film Festival of Melbourne 2022. While Konkona has bagged two nominations, one for best actress for The Rapist (directed by Aparna Sen), she has also been nominated in the best actress in a series category for her stunning performance in Mumbai Diaries 26/11. Yes, like 2021, this year, too, the Indian Film Festival of Melbourne has included awards for best series, best actor in a series, and best actress in a series. So, in the best actor in a series, we have our own Parambrata Chatterjee for Aranyak fighting it out with Mohit Raina (Mumbai Diaries 26/11), Varun Mitra (Guilty Minds), Tahir Raj Bhasin (Yeh Kaali Kaali Ankhein) and Dhruv Sehgal (Little Things Final Season).

WHO WILL WIN ?
FIND OUT ON AUGUST 14 , at PALAIS THEATRE , MELBOURNE AT IFFM AWARDS NIGHT

BEST ACTOR IN A SERIES

Then, there’s Sreelekha Mitra for her performance in Bengali film Once Upon a Time in Calcutta in the best actress category. She has been pitted against Alia Bhatt for her acting in Gangubai Kathiawadi, Deepika Padukone for Gehraiyaan, Konkona in the heart wrenching The Rapist, Bhumi Pednekar (Badhaai Do), Lijomol Jose in Tamil hit Jai Bhim, stunning Shefali Shah and Vidya Balan in Jalsa. Sreelekha has already won an award for the film earlier at the 2022 edition of the New York Indian Film Festival. Aditya Vikram Sengupta won an award, too, at the festival.

Sengupta’s Once Upon a Time in Calcutta has been nominated in the best indie film category too. The film had its world premiere at the 78th Venice International Film Festival. Then, there’s also the Biswajeet Bora-directed Mishing language movie, Boomba Ride. Bora’s film was screened at Cannes too.

Best documentary: A Night of Knowing Nothing, Ayena (Mirror), Kicking Balls, Ladies Only, Urf (AKA)

WHO WILL WIN ?
FIND OUT ON AUGUST 14 , at PALAIS THEATRE , MELBOURNE AT IFFM AWARDS NIGHT