Love is the Ultimate Religion 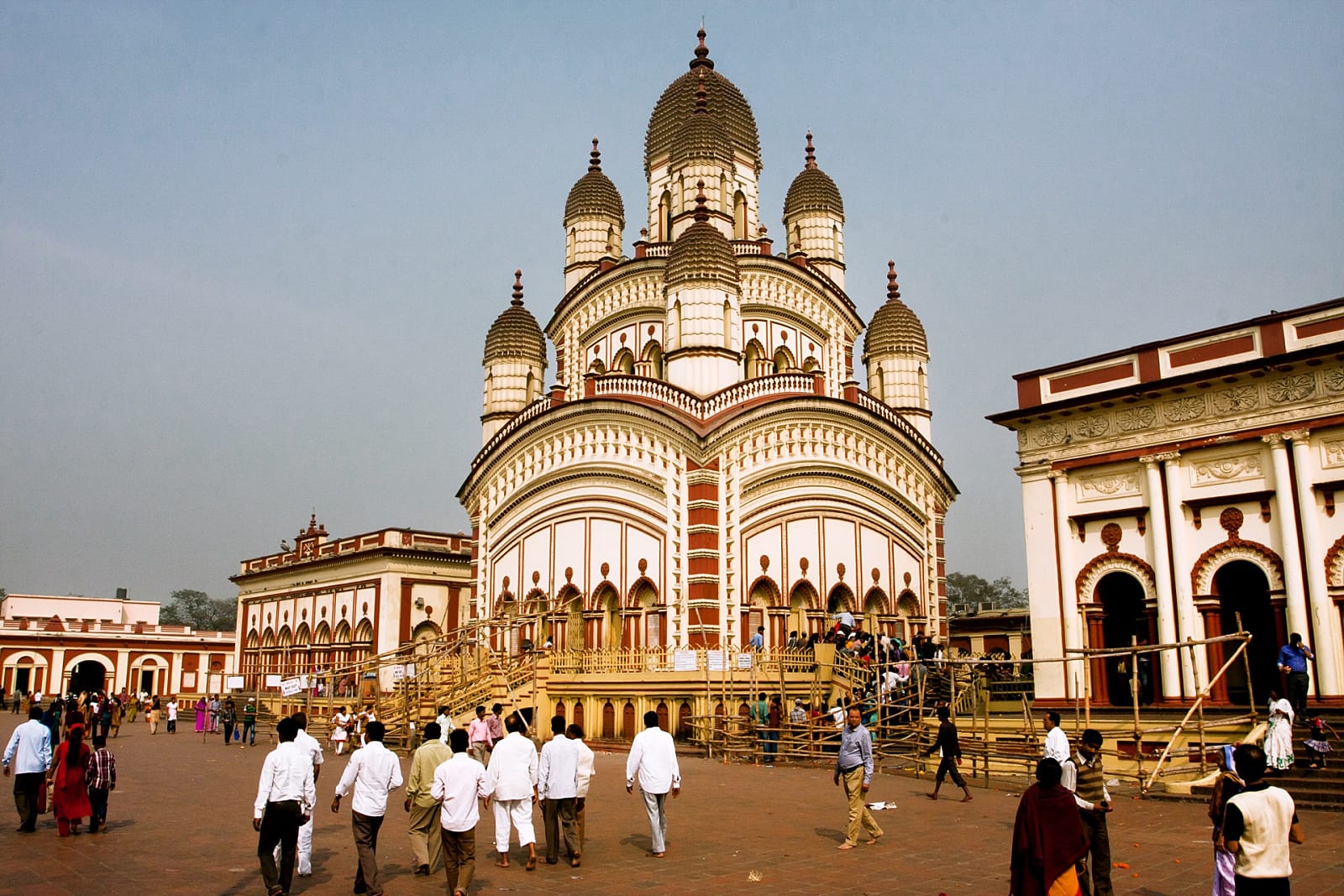 The seed for the biggest change was sown at the beginning of the 19th century and during the freedom struggle of India against the colonisers when Dakhineswar Kali Temple took a crucial part in the uprising. As the secretary of the ‘mandir’, Kushal Chowdhury voices: “The temple has always believed in humanism over any other religion and it entertains no discrimination.” He delved deeper into the history of the holy shrine and how it all came to be one of the greatest temples built in Indian history.

Rani Rashmoni was a brave and deeply religious woman who was one of the pioneers in the revolt against the British Raj. The famous Dakshineswar temple which houses Goddess Kali was founded by her after she saw a dream in which she was about to start on her pilgrimage to Benaras. After losing her husband suddenly she took the responsibility of materialising the dream they had longed to fulfil together and thus began the preparations for setting up the temple. She had a daring and benevolent spirit but she had to face enormous difficulties as she was not a Brahmin. The elite society of the 19th century was orthodox to its core and Rani Rashmoni faced hardships while bringing her dream to fruition.
It was Mahesh Bhattacharya, the accountant at the court of Natore’s queen, who introduced her to Ramendrasundar Chakraborty under whose suggestion Rani Rashmoni dedicated the whole property to her “Guru” who was a Brahmin and thus started the groundwork. Ramkumar Chattopadhyay was appointed as the head priest of this temple initially but after his sudden demise, all responsibility came upon his younger brother Gadadhar and within subsequent years, he became an ardent devotee of the goddess and sowed the seeds of change.

Chowdhury exclaims: “With his favourite disciple Narendranath and others, it was as if he was building a team to win the World Cup. In this case, their goal was to win over the world with the religion of unification and love.”
“Rani Rashmoni was an exceptional lady.” He says at that time when women were deprived of the knowledge of the outer world, she was a glowing example of love, compassion and intelligence with sincerity. She was a true mother to the deprived and the true spirit of the Renaissance in Bengal.
It was from 1855 to 1871 that Gadadhar transmuted into Sri Ramakrishna Paramhangsha, initially unassertive Gadadhar started worshipping goddess Kali with all his devotion and soon he was enlightened and became the high priest of the temple. He broke the shackles of preaching indistinctively and never bound himself to the usual chanting but on the contrary, made his own ways of preaching the goddess.

Paramhansha believed “to be kind to mankind is to be kind to god because god resides in every man”. He felt sorry for the agony of others and he believed in trying relentlessly to free others from their sufferings. Every eminent person who took part in the uprising of India had paid a visit to this auspicious temple during his time once or more and they were delighted. Religion was the key to preparing the youth of India to become visionaries of the future and his notions reached beyond India to all those who were fighting for peace and freedom.
Paramhansa was a pioneer in propagating love as a religion as he cherished all religions equally and chose the best aspect of every religion. He realised that all religions lead to one God and unification was cardinal.

When asked about the security measures taken up for the pilgrims, Chowdhury added: “Every year during the festivities, we appoint about 200 police officials so that the administration can take place smoothly.” They arrange for the first-aid and drinking water booths for the devotees. “We make sure to keep an eye out always. We have also taken elaborate measures in restoring the temple’s architecture and ensuring the pilgrims’ safety.” The temple authority is under the protection of New India Insurance Company which is an insurance firm ensuring the safety of the temple and its worshippers against perils and natural hazards, he says.

Chowdhury says: “This is a place where no one will judge you by any means, despite their social status or religious backgrounds. Everyone is a child of goddess Kali and a mother knows no boundaries and spreads her love equally. We try to preserve the history of this temple by all means so that with time people feel they’re connected to their country and the rich heritage of our culture.”

Chowdhury reminiscences: “Prominent individuals like Keshab Sen, Girish Ghosh, Netaji Subhas Bose along with many others used to visit this temple to seek peace and enlightenment. This temple signifies that love and peace should be the sole motto of every being.” He attests that Goddess Kali listens to the prayers of all her preachers and the temple shall stand erect signifying the deeply embedded Bengali culture till the end of humanity.