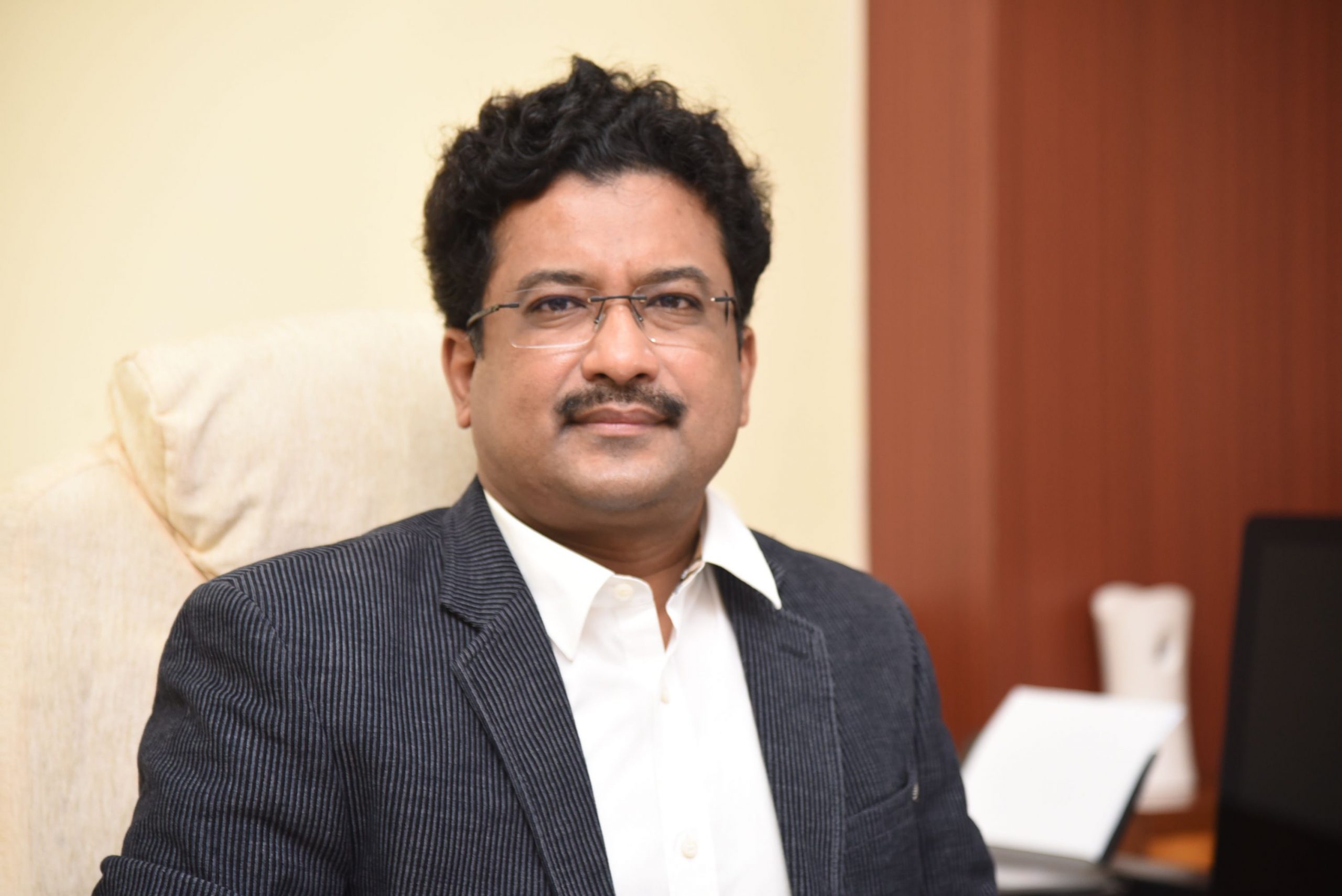 With the national lockdown being in place, India witnessed a massive exodus of migrant labourers from one end of the country to another. IAS Sonmoni Borah talks about how Chhattisgarh managed the crisis and made landmark efforts to address the migrant workers’

The migrant movement that followed the announcement of the lockdown taught us a number of lessons in one way or the other. From individuals to the administrative level, every work has seen revolutionary changes in its nature and appearance. Dealing with the issue of migrant labourers proactively, senior bureaucrat IAS Sonmoni Borah who is monitoring the whole show in Chhattisgarh as Secretary to the Governor and Labour department and the state nodal officer speaks with The Soothsayer about the hard work and its long-term benefits.

The digital intervention has changed the face of good governance in India, more so since the national lockdown. Mentioning this revolutionary intervention, Borah mentions: “To me, good governance means that the government should reach out to the masses and have a transparent system, which shall be accessible to all. There should be a kind of mechanism where people have easy access and being digitally available, immense possibilities have come up. During the lockdown, when the migrant workers were stranded, it became easy to reach out to them through the digital medium. We had 24×7 helplines operational over 30 lines because the traffic was often huge.

Apart from this telephonic intervention, we also had online procedures where labourers could directly register on our website and submit online applications. The third measure was direct mail, which was basically used between governments for official purposes. Apart from these, through WhatsApp, video calls, SMS and mobile calls, we could track the migrant labourers easily.

Nearly seven lakh people took advantage of all these and returned to Chhattisgarh during the national lockdown. Citizens took to Twitter as well. I personally continuously monitored through social media along with the electronic media, whosoever tagged me or my office for any kind of help and tried to help directly or redirected them to the concerned departments and sectors. I believe that some opinions created due to the digital divide were broken during this time.”

Chhattisgarh as a state has the largest pool of migrant labourers (approximately 10.85 lakh). Looking at this huge number, necessary steps must be adopted to safeguard these people from the wrath of an impending disaster. When asked about this, Borah added: “There has been inter-state migration, which is now loosely implemented. The Chhattisgarh migrant workers’ policy specifically talks about many safeguards that we are now incorporating post lockdown. Firstly, the definition itself has to be encompassing. Many provisions of various schemes are so rigid that the contractors under whom they work tend to avoid and overlook them as they need to get a license for availing the benefits of those schemes. This crisis taught us many things upon which we need to work cautiously. So, we primarily divided these migrant workers into three categories. The first one comprises ‘temporary-seasonal’ workers, who are employed for three to six months in a year. The second one is ‘permanent-seasonal’ — those who visit a particular region, maybe for six months or seasonally, with maybe traditional visits to some places in particular. The third one is ‘permanent’ workers who have migrated to a different spot for a long time and during this pandemic. Migrant workers living outside for more than 15 years even wanted to come back due to panic, fear and obviously loss of employment. Maintenance among these categories of labourers was absurd earlier as the database is inadequate. Thirdly, we need to look for safeguarding their interests, their right to life and right to livable conditions. Many a time, we have witnessed that these workers are living at the mercy of contractors or owners and don’t have any kind of insurance. Thus, there is a huge need to safeguard them. We are trying to make bipartisan agreements between the authorities and workers directly for which we are in contact with organisations like NBCC so that they can directly approach the government.

Apart from these, we are continuously striving towards certification of these labourers and workers, as around 85% of people aren’t certified by any organisation, but traditionally they are educated and experts in the labour market. We are also attempting their training process probably by using the digital platform to uplift their skill sets. Therefore, from the time when they were returning home during the lockdown, we registered their names and other details and now, we have a robust database. As the skill mapping is now done, this will give them more confidence that will in turn give them more bargaining power in the labour market.

The government of Chhattisgarh is planning to rebuild the lives of millions of migrant labourers after the pandemic. Borah said: “We had extended the definition of migrant workers as a whole in order to incorporate all levels to make them eligible for availing many schemes sponsored by both Central and state governments.

There are a plethora of schemes for the migrant workers and their family members — from the employment generation of their wives to education of their kids and even marriage. Now that we have detailed information about them, we have shared their database with various departments to safeguard their interests. Also, as a part of the BOC welfare board scheme, those who are working for 90 days in a calendar year are supposed to pay 1% cess of their incomes. This year, we have exempted them from this cess and just a self-declaration will be enough. Further, we created job cards for the labourers and to make them avail the Public Distribution System, ration cards are being issued by the migrant workers.”

Speaking about the ISMW Act, a strong legal skeleton which is needed to safeguard the interests of the migrants, the bureaucrat said: “There should be proper regional understanding, namely the state-to-state agreement and work should be more in close cooperation for smoother administration process.”

The proportion of migrants in the urban population is 47%. In 2015, the Ministry of Housing and Urban Affairs identified migrants in the urban areas as the largest population needing housing in cities. Schemes like the Prime Minister Awaas Yojana (PMAY), which is a Central government scheme to help the economically weaker sections and low-income groups to access housing, often witness a variation in approach as housing is a state subject. Dealing with the PMAY Act, the IAS states: “I am not directly engaged with this department, but whatever I know, rural housing is more or less taken care of. And in the urban sector, there is a target of one crore houses being constructed for the urban poor but a lot many issues are involved in it. In order to have a clearance of land and approval of construction for them, around 30 different departments have to give their approval. By 2022, as per the motto of the Central government, ‘housing for all’, our state is continuously working towards it.”

Proper digital approach for me would mean safeguarding their interests — reframing the Labour Acts, some of which are literally half-a-century old. In the long run, there is a huge segment of unorganisedlabour comprising domestic helps, rickshaw pullers etc, for whom robust policies are required. Delivery agents of Amazon, Zomato, Uber or Ola drivers who form a huge chunk of the segment now need to be protected as the online market will only rise in the coming days. The hospitality sector has been the worst hit and our policies should be designed to look after their concerns and interests to safeguard their security.

Roughly 100 million migrant workers are directly responsible for 10% of the GDP. Still, they are invisible from the map of economic balance. Talking about long-term steps and speaking on digital solutions, Borah mentioned: “As we have now static information and labourers have help desks and counselling centres, they can avail the provisions, which they earlier could not. We are trying to provide them with digital empowerment and educate them about their rights and approaches. Also, the facilities or services provided from our end have now become online. People can now apply online and get registered, offline methods are not done away with but we are working more on the digital way of serving them. This will make the whole process completely transparent.

The word good governance is still an enigma. When asked about bringing in good governance to citizens’ doorsteps, the officer replied: “To avail good governance, not only the government has to work but the citizens also have to be empowered to facilitate each other. We should build up a self- regulative society so that if you honour the government, the latter will be able to honour you back, by meeting the expectations through means of good governance.”

Sharing tidbits from his childhood journey towards becoming a sincere bureaucrat, Borah said: “From school days, I wanted to become a professor. When I came to Delhi for my Graduation, I realised that to serve society, I should join the administration and help people. That’s how I started preparing for IAS. However, I could not manage a posting in Assam, my home state. In my 22 years in this profession, I pursued a course at Maxwell School of Public Affairs and Administration and now, I’m expecting news of my new role with the Government of India.”

Adapting to a new working and social climate is a part of a bureaucrat’s life. Borah added: “For me, it’s an organic process and it works faster when you love your job. I wholeheartedly accepted my job, the ambience I got in my initial years in Madhya Pradesh and when I landed in Chhattisgarh, I always felt fortunate. People here are so caring, very similar to my native place. There are several tribes in Assam and here too, I’ve found many of them. As far as the language barrier is concerned, all thanks to Indian Hindi cinema. I have learnt Hindi by watching those movies and in school, the basics of the subject were taught.

Choosing between the field of operation or board rooms and conferences, Borah maintained: “In the initial years, the bureaucrat shall always be on the field; in the second part(s), they should be working as Secretaries and in the third part, one needs to be empanelled in order to work as part of the Government of India. To me, the most satisfying is fieldwork because one is always in action. Also, it teaches you a lot in terms of the first-hand experience. There are many bureaucrats who always want to gather experience and innovate, and for them field of operation and action will always be preferable.” Mentioning tips to abide by for aspiring IAS officers, Borah said: “I believe that every IAS should be firstly ‘dharmadhikari’, i.e, to go with the right and deliver the good to the people. The second role they need to play is ‘dandadhikari’ — to deliver justice so that bad people and criminals are scared of you. The third role is development orientation, i.e, they shall find out time to take responsibilities towards family and friends as they are equally important.”