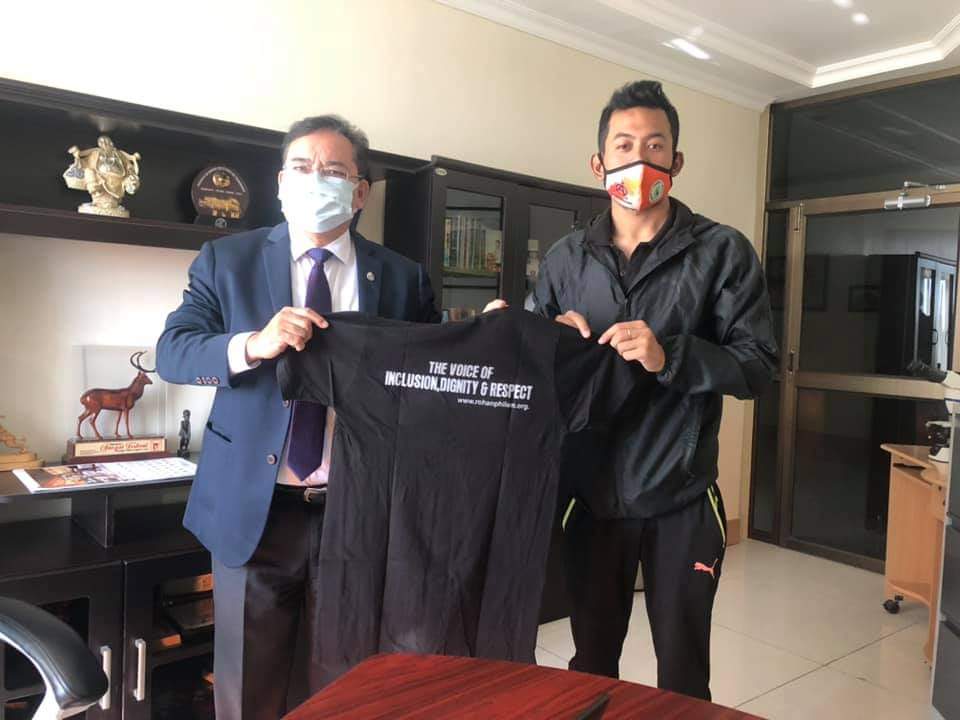 Famed cyclist, Philem Rohan Singh of Manipur, has raised the bar for humanity by victualling and helping homeless communities of four Indian cities – Mumbai, Chennai, Delhi and Kolkata. What is even more interesting is that Singh did this while travelling on his cycle.

Philanthropy is inherent in this Manipuri lad since his early days. All he was waiting for was the right opportunity to be of service. Raising funds with help of Keto website, he started accumulating donations. The urge to serve fellow citizens did not stop here for this young blood. He started selling his merchandise t-shirt with the logo of Cycling for humanity for five-hundred rupees, and many purchased them enthusiastically. Some even came forward to donate raw rice and pulses.

Earlier he had planned to aid vagrants and disabled ones by cycling from Delhi to Japan while running the campaign Influencing Dignity and Respect. However, things didn’t turn out the way the cyclist imagined due to the unprecedented lockdown enforced by the Government of India.

As it is said, a noble cause can come to a halt for a while but never cease. Rohan was back on the streets from the end of March, 2020, paddling around to feed the needy, which caught the nation’s attention. Since then he has been feeding fifty to sixty people on a daily note and spreading happiness all the way.

”We started the campaign to feed the homeless, needy, and road-side people a year back without discriminating against any community. The sections included beggars, sex workers, migrant workers and drug users. For us, the focus was the mentally disabled community. We tried our best not to let anyone go to bed hungry during the tough time of pandemic,” shared the cyclist.

Despite numerous challenges thrown at Singh and team, Feeding, the Hungry, continued to make its way gracefully.

“The month of August saw a hike in hunger rate due to the lockdown. From fifty to ninety feeders per day, the number surged to around two hundred. The struggle to feed everyone did not stop here; one can say it was just the beginning.  Many complaints and pressure were coming from the police and women organisations from the Bazar side, our focus area. We were shaken but not stirred, our indomitable will to help fellow humans overpowered all impediments,” added Rohan.

The young cyclist expressed his unadulterated joy as he shared that the post lockdown, the hunger rate has decreased, showing a good sign of people getting back to work and business. However, Singh’s initiative is still on and now it is solely focusing on two sections of the community, i.e., mentally disabled and migrant workers who are unable to go back home due to work.

More power to him!