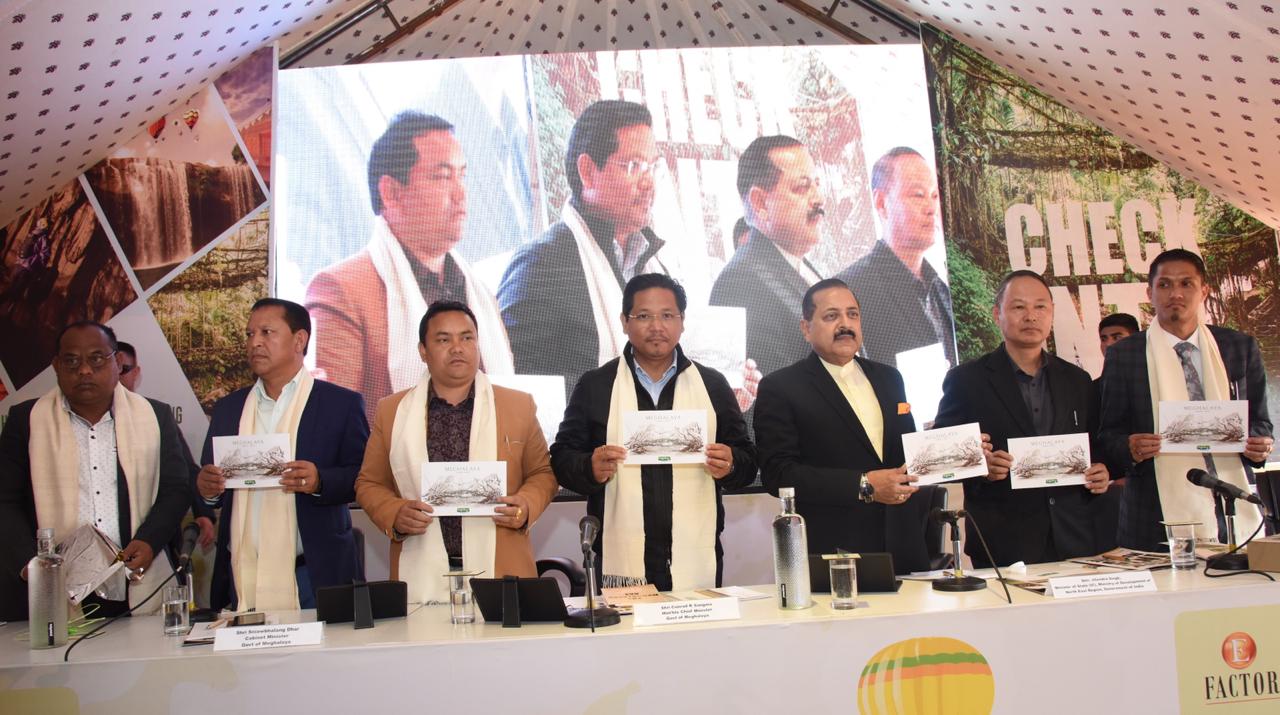 The Meghalaya Age Festival for the National Conclave on Tourism was held with a view to showcase the tourism potential of the state, Meghalaya Tourism and as part of the ‘Meghalayan Age Fest, 2020’ at Wenfield, Thadlaskein, Jaintia Hills.

Dr Jitendra Singh, Minister of State (Independent Charge) for the Ministry of Development of North Eastern Region and Minister of State for Prime Minister’s Office; Personnel, Public Grievances and Pensions; Department of Atomic Energy and Department of Space in his speech said that the government wants to create a new culture, a new model of development in North East to attract Startups from all over India. He expressed with happiness that a lot of work have been accomplished in the NE Region in the last 4-5 years and has been possible because of the effort of the government where this region is being given priority when comes to implementing development schemes.

The minister complimented the Chief Minister of Meghalaya for the novel idea of coming up with the concept of awarding the entrepreneurs of the state every month. He added that this in true spirit has been promoting Start Ups and encouraging others to excel in their own areas of proficiency and passion. He also mentioned that this was something that the Government is trying to tell the world that human talent can also get diversified to areas where it’s not actually meant to get diversified.

He also added that, as far as Meghalaya is concerned he always believed that this is the land of huge potential.

Speaking at the occasion, Dr Conrad Sangma, Chief Minister of Meghalaya, said that for Meghalaya he is a firm believer when talked about the Act East policy. As a whole, it means nothing, if it’s not devised into a Regional Policy which means for Meghalaya it’s not Act East Policy but its Act South Policy because we need to look to Bangladesh, he added. He also shared his ideas and plans with the DoNER Minister. Therefore it is very critical that the infrastructure, the road connectivity in the border areas must be improved and must work towards insuring that the activities start right awa, he addd.

Shri K. Moses Challai, Secretary, NEC, Shillong said that the country as a whole and more in the NE are disproportionate in receiving Tourist despite we have so much to offer but so much can be done if programmes are organized properly. He also added that NEC and DoNER have done a lot in the past and have tremendous goodwill in the State for all that had happened.

Dr D Vijay Kumar, Commissioner and Secretary to the Government of Meghalaya, gave a presentation on Meghalayans on the Move. A book namely “Glimpses” was also released.