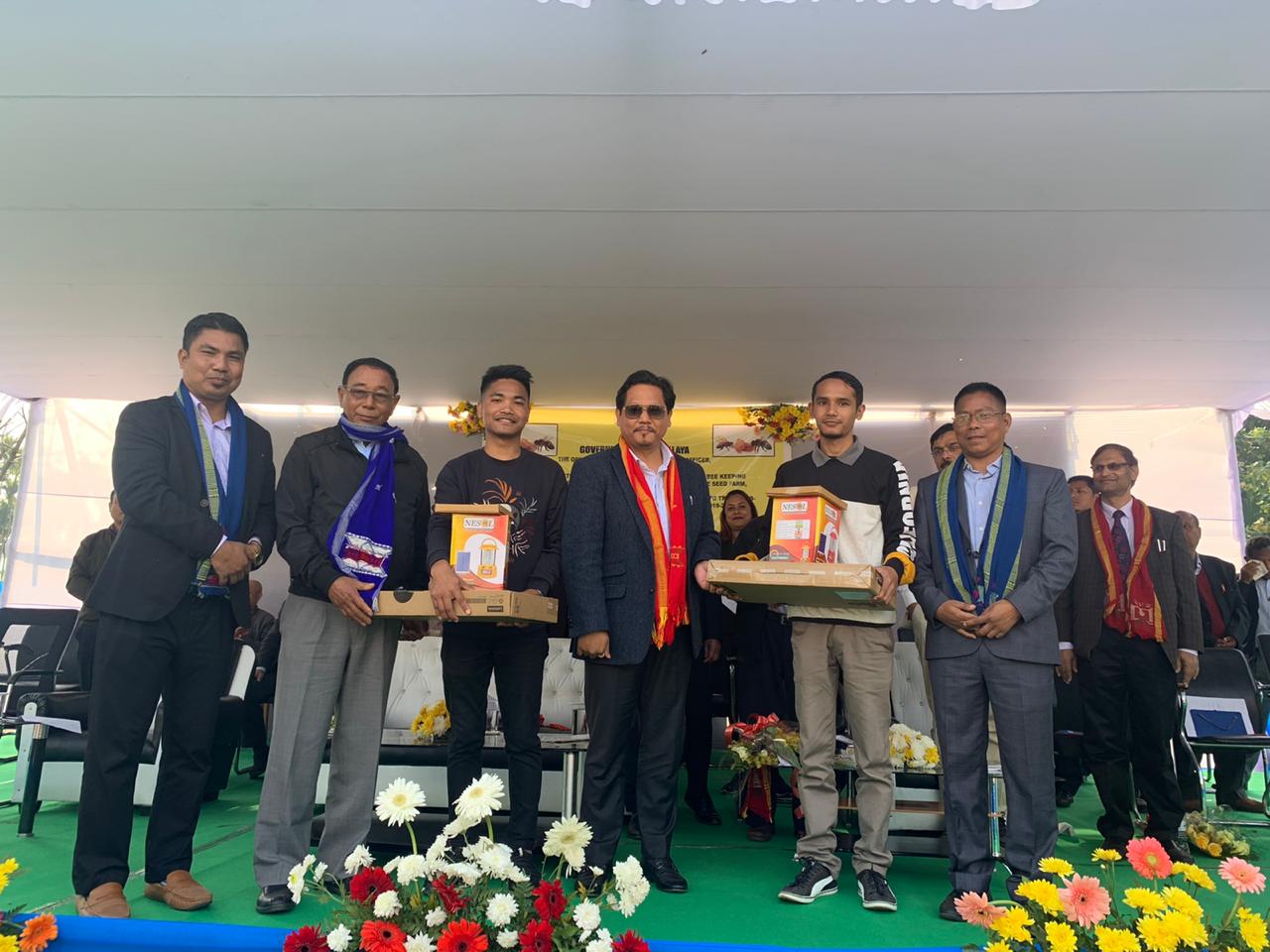 Meghalaya has potential in beekeeping in terms of availability of bee pasturage. To take this potential forward, Meghalaya Chief Minister Conrad Sangma unveiled the plaque to mark the laying of the foundation for the Integrated Beekeeping Development Centre (IBDC) at Sambrak Seed Farm, in North Garo Hills. The project is estimated to cost the Union Ministry of Tribal Affairs Rs.10 crore.

The initiative is part of Prime Minister Narendra Modi’s vision to develop the beekeeping industry for the overall growth of the rural economy.  The Indian Government is promoting the beekeeping industry through a centrally sponsored scheme called Mission for Integrated Development of Horticulture (MIDH) scheme, under a component ‘Pollination Support through Beekeeping’. The scheme has been designated by National Bee Board (NBB) which is the nodal agency for promoting scientific beekeeping under NHM/MIDH.

“The State has immense beekeeping potential, however, due to lack of knowledge and information about the scope, the farmers have not been able to reap the optimum benefits.” Said Meghalaya Chief Minister Conrad Sangma.

Around 6000 beekeepers in the State and a total of 7000 plus people have been trained in beekeeping by the Meghalaya Institute of Entrepreneurship (MIE). “We have been working with different stakeholders with a sole focus on the preservation, propagation and scientific farming of the indigenous bee of the State.” Added the Meghalaya Chief Minister.

Meghalaya envisages tapping the potential of about 5 lakh honey bee colonies, while the existing bee colonies are 16,728 Nos i.e only 3% of the estimated potential. The setting up of the Integrated Bee Development Centre (IBDC) in the State, will enable the State to further boost the honey bee industry.

IBDC will help in the overall sustainable development of scientific and robust beekeeping in the State. IBDC’s shall also function as information and demonstration units. The centre will cover an area of at least 20-25 acres of land.