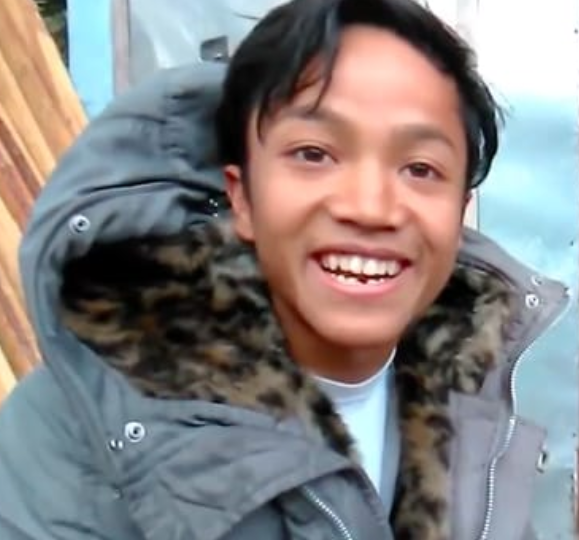 In a strange coincidence, the plot of Village Rockstars, a 2017 Indian Assamese language coming-of-age film that grabbed the Best Feature Film ‘Swarna Kamal’ award at the 65th National Film Awards on 13 April 2018, got unfolded in the neighboring state of Meghalaya, where music resides in every soul.

Here is a story of Pynthemme Pale, a 20 year old boy from Meghalaya, who is fervently driven by his passion for music. Indomitable that Pale is, he refused to give up on music just because he lacked a musical accompaniment and formal training. Taking things in his own hands, he decided to chase dreams by making his very own electric guitar from wood and learning the basics by himself.

Pale is a resident of Thadlaskein, a place resplendent with picturesque views and innate serene beauty.  Residing in Thadlaskein in the West Jaintia Hills District of Meghalaya, he made his first guitar at the age of 15. As portrayed in Village Rockstars, living in a remote hamlet, it is highly challenging for Pale to pursue his passions. However, battling against all odds, the artist in this young lad continued to pursue passion and formed his band — the “Gift of God” or GOG – along with his three brothers. The trio, or the band members, include Histo Pale, Wyrta Pale and the youngest, Amethyst Pale, who is only 15 years old.

“I have always dreamed of having my own band. Finally, my dreams turned into reality after I decided to form the band along with my three brothers,” said Pale who also writes and composes his songs. “I compose my own songs in Khasi, English and Pnar language,” he informed.

Sharing his experience of making the guitar, he said, “The best thing about making your own guitar is that you can customize it. It will cost less, whereas, an electric guitar will burn a hole in your pocket and cost around 70k.”

In a striking parallel, we see that in the movie Village Rockstars – ten-year-old Dhunu (Bhanita Das) who lives in Kalardiya village near Chaygaon in Assam, though engulfed by hostile natural calamities doesn’t bar her from dreaming of owning a real guitar. She even makes music instruments from paper boards and forms a band with elder brother Manabendra and some other playmates.

Pynthemme’s industriousness soon reached the notice of Meghalaya’s CM Conrad Sangma, who took to social media to laud the young musician for his deft craftsmanship. “Came across the story of Pynthymme Pale, a 19 yr old boy from Meghalaya who made his own electric guitar as his family is poor and could not afford to buy him one; I have instructed my team to reach out to him. Such talent must be recognized,” – read one of his SM posts.