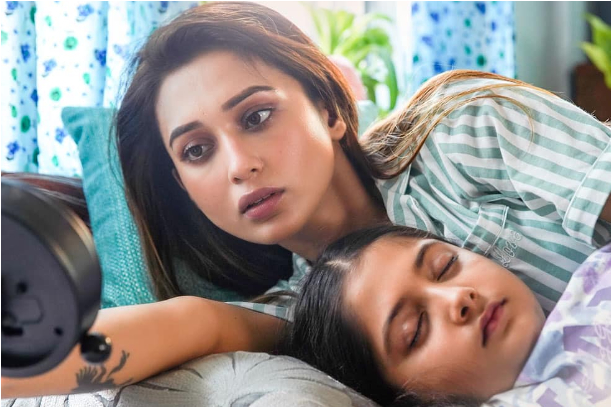 The films of Mainak Bhaumik invite us to solve puzzles about dysfunctional families, fraught relationships or young but lost souls who tend to have everything at their disposal. In Maach Mishti & More and Generation Ami, we saw coming-of-age stories with young people struggling to make sense of the ever-changing world and their place within it. In Ekannoborti, he shifts his camera towards the women in the house and understands their insecurities and love.

In Mini, Mainak again tries to take the road less travelled. The term ‘motherhood’ takes on a different meaning in Mini as he casts actress Mimi Chakraborty as a modish, ambitious yet emotional aunt (Titli) who later acts ‘as a mom’ to her adolescent niece Mini (Ayanna Chatterjee). With a demanding profession (designer), Titli is suddenly bestowed the responsibility of her niece. The relationship gets complicated, and she learns and unlearns a lot about parenting and friendship.

From establishing her as a tough ‘cookie’ who doesn’t need anyone to battle her own demons, handling Mini on her own when her sister (Kamalika Bhattacharya) falls sick, to proving she can be an ‘ideal’ daughter, Mimi’s Titli does everything to impress the audience. But do we raucously root for Titli just like we do for Sohini Sarkar’s Royona in Bibaho Diaries, Koel Mallick’s Labanya in Ghare & Baire or Sauraseni Maitra’s Durga in Generation Aami?

Like Generation Aami and Ekannoborti, Mini also tells a multigenerational story which is light, funny at times, and performance-oriented with a lot of areas to experiment. But then, the screenplay, unfortunately, doesn’t work as intended. Mini is undoubtedly a good movie idea but it can only work if the writing is good.

Mainak likes to observe and document the youth of the new age. So, these characters like Anubrata Basu as Raj or Parno Mittra as Sunny in Maach Mishti & More bring a distinct narrative to his films. In Mini, Mainak deserves credit for the way he represents the adolescents and the problem behaviour due to her disturbed childhood. From K-pop to selfie-obsession, Generation Z is totally dependent on technology. But then, we knew grandmothers love their granddaughters. So, it was a surprise when Mithu Chakraborty’s character refused to take care of Mini, her granddaughter.

Mimi leads from the front but at times, her character looks a bit too hassled. Though she carries the film on her able shoulders, for a brief time, Saptarshi Moulik as her boyfriend, ably supports her. Also, kudos to Mimi’s stylist. Her wardrobe looks breezy. Ayanna Chatterjee as Mini manages the happy scenes but we can’t give her points for the emotional ones. Wish she had done a few more workshops. Mini had its heart in the right place but falters with a partially engaging narrative.