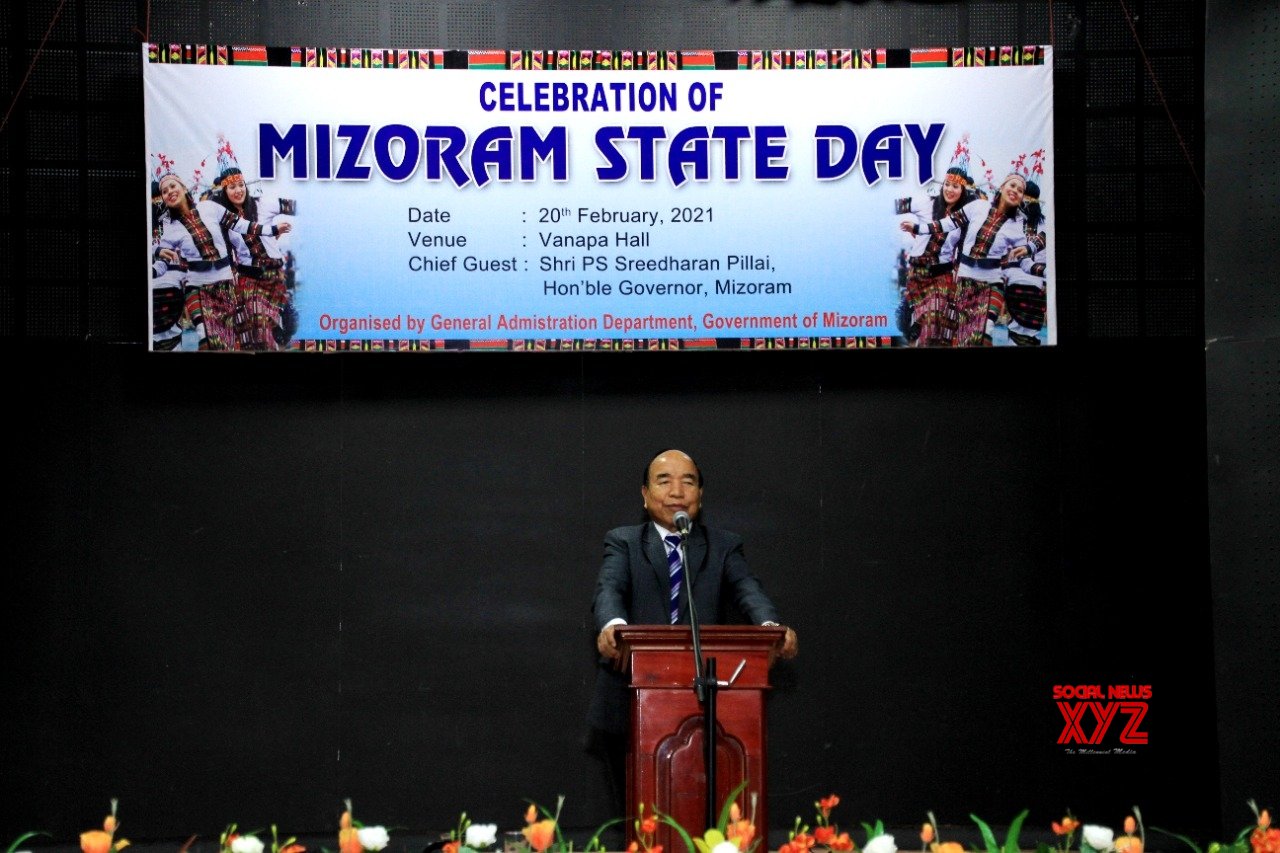 The 34th State Day of Mizoram was celebrated across the state on February 20. Every year Mizoram State Day is celebrated on this day. It was on February 20, 1987, that Mizoram achieved statehood, eight months after signing of the Mizo Peace Accord on June 30, 1986, between Union of India and Mizo National Front.

Celebrations of the State Day were organised at Vanapa Hall of the capital city, Aizawl. The occasion was graced by the presence of Hon’ble Governor of Mizoram, Shree P.S. Sreedharan Pillai, Chief Minister Zoramthanga, Chief Secretary Lalnunmawia Chuaungo and other officials of the state.

CM Zoramthanga in his speech appealed to people to remember those who made sacrifices for Mizoram in attaining Statehood. He stated that it is their responsibility to make Mizoram a developed and self-sufficient state. He urged the people of Mizoram to not only depend on the government but to search for self sufficient ways of creating livelihood. He also expressed his gratitude for the mutual cooperation of the NGOs and the people with the government.