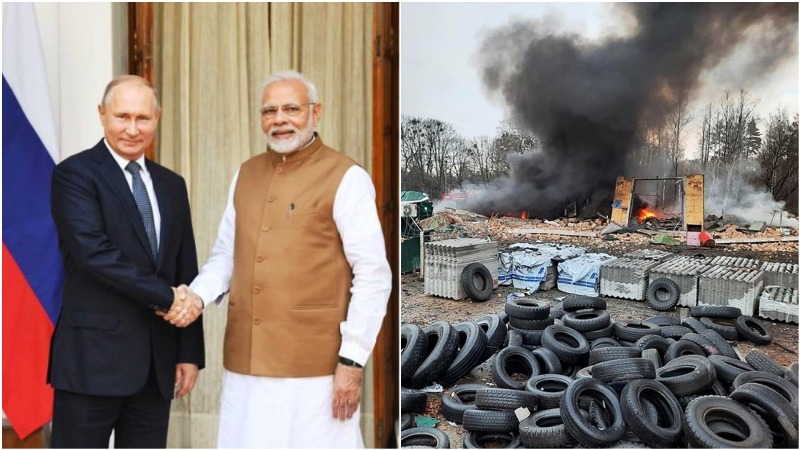 New Delhi: Prime Minister Narendra Modi on Wednesday spoke with Russian President Vladimir Putin to discuss the situation in the eastern Ukrainian city of Kharkiv, where over a thousand Indian students are still stranded. They discussed the safe evacuation of the Indian nationals from the conflict areas.

This comes as India on Wednesday abstained from voting against Russia on a UN General Assembly resolution that strongly disapproved Moscow’s “aggression against Ukraine”. This was the third abstention by Delhi in less than a week.

The resolution was adopted at UNGA with 141 votes in favour, five member states voting against it, and 35 abstentions.

In a statement, India’s ambassador to the UN, TS Tirumurti, said India has decided to abstain in view of the “totality of the evolving situation”.

“We demand the safe and uninterrupted passage for all Indian nationals, including our students, who are still stranded in Ukraine, particularly from Kharkiv and other cities in the conflict zones… this remains our foremost priority,” the statement said.

More than 9,000 students have been flown back as Russia continues its invasion of Ukraine, but tens of thousands remain in cities like Kyiv and Kharkiv, waiting for a chance to escape while hiding in bunkers, underground metro stations, and basements.

Meanwhile, a senior government official earlier told NDTV that a “lot of background negotiations with Russians have been going on. Now they, in fact, are helping us in evacuation”.

The Russians, he said, “have avoided the areas we had asked them not to target… We are tying up with the Russians for safe passage of our students”.

On Tuesday, a 21-year-old Indian student, Naveen Shekharappa Gyanagowdar, was killed in Russian shelling in Kharkiv.

A special Indian Air Force flight brought back another 240 students from Budapest to the Hindon base on Wednesday.