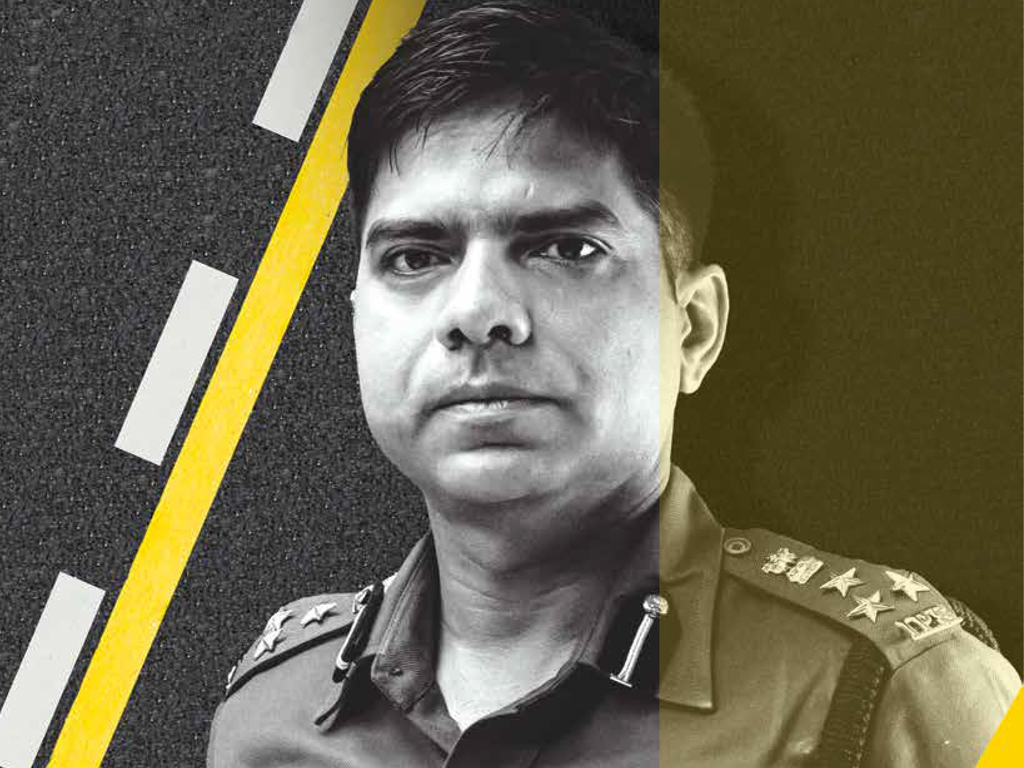 Traffic management has witnessed a paradigm shift during the pre and post lockdown phases with frontliners, especially the health workers and policemen, gearing up to face the forthcoming challenges. Santosh Pandey, IPS, Joint Commissioner of Police (TP), Kolkata, shares some insights about the changes he observed. Excerpts:

Change in the overall traffic flow due to the pandemic:

The entire phase of lockdown wasn’t a very stressful one since the streets of Kolkata saw fewer vehicles. The Covid guidelines regarding the movement of vehicles during lockdown were very strict due to which we saw less traffic on the roads except for the movement of vehicles on emergency duties. Since buses and other modes of public transportation came to a sudden halt, the streets witnessed an increased number of bicycles for which special lanes and main roads were dedicated to bicycles as there was no rush of other vehicles. Also, since there has been less traffic during the lockdown, the signalling pattern had to be changed, including its time span considering minimum traffic on the roads. Post lockdown, when the Unlock phase began, things resumed to normalcy and we saw an increase in the number of private cars and two-wheelers as people had to maintain social distancing. Accordingly, the signalling pattern again had to be altered and separate lanes were allowed for bicycles as the rush had returned. One thing that remained constant throughout the phase was the number of police personnel on the roads. There has been no striking change from the aspect of deployment of the force. Kolkata Traffic guards and cops were there on duty 24×7.

The good thing was that people were voluntarily staying indoors and there were less rush and crowds on the streets. This happened naturally and didn’t need to be imposed. Automatically, less movement of people resulted in a low number of vehicles on the roads. However, one significant change we witnessed post lockdown is that the number of private vehicles went up that changed the overall traffic pattern of Kolkata.

KP’s secret behind the splendid crowd management during lockdown:

This is a known fact that when an emergency situation occurs, irrespective of its magnitude, the police will always be there at the forefront to give protection to people. Under every circumstance, the first group of people to respond will be the police personnel. In the initial days, when the fear of the virus had begun with the pandemic setting in, awareness was negligible. Even then, the cops remained rooted to implement stringent Covid protocols, distribute face masks, shields and sanitisers as well. All senior officers along with constables worked day and night to get regular feedback regarding the situation. CCTV cameras were installed to check the movement of vehicles and breath analysers used regularly to check cases of drunken driving. Several steps were taken by Kolkata Police to ensure that crowd management was under control.

Unlock phase: A new challenge or a regular operative:

Looking at this from the traffic point of view, there has been no major change in terms of law and administration. However, certain new observations include an increase in the number of vehicles, a change in the signalling pattern, installing CCTVs and RPM, making necessary road markings and improving the overall traffic engineering. More and more people were deployed in the police force to look after the new normal. But ironically, the Unlock phase was a normal routine for us and the lockdown, in turn, posed a new challenge because it was a sight not so common for us and the entire police force took time to adapt to this new phenomenon.

The frontliners, be it the health workers or the police personnel, were the groups who were most affected by Covid because, unlike the rest, these two groups along with some other emergency service workers kept themselves dedicated solely towards serving the society and were always on duty. The fear of Covid-19 had been there in all of us because we could hear news of deaths among the force occurring frequently. There was a time where the workers needed motivation and we communicated with them and gave them assurance of their well-being. For every police personnel, the government had waived off treatment cost up to Rs 1 lakh. A detailed database was created to keep a track of the affected and sick officers and quarantined personnel. In that way, we could keep a daily track of our team members as well. Family members of police personnel were given assurances to reduce their fear. A holistic approach was taken to look after the police teams, both physically and mentally.

It changed the scope of working for people across all sectors. Even policing saw an overhaul. In fact, we have been following the trends and updating our services accordingly. Kolkata Traffic Police has their app for catching drivers for violating traffic lights and rules. This app allows a contactless system for prosecution keeping in mind the social distancing norms. Also, a number of CCTV cameras have been installed everywhere and ANPR (Automated Number Plate Reading) cameras serve the purpose of prosecution caused due to overspeeding, red light violation and many more. Digital LED boards detect speed limits and hence, people get immediate feedback and reports. All prosecutions are done through the Kolkata Traffic Police app and needless to say, the modus operandi of traffic management has undergone a sea change since the advent of digitisation.

Strategies for smooth management during festivities:

The festive period, especially during Durga Puja and Christmas, was the biggest challenge. But the amazing part was that people cooperated and there was hardly any chaos. However, on behalf of the Kolkata Police, sanitisers, masks and face shields were distributed but the good part was that people were aware and took their precautions which lessened the burden for the police. Other guidelines were followed such as road markings were made more distinct, signalling patterns were regularly observed to reduce congestion, regular patrolling was done by police vans to oversee the situation. The police were prepared to combat the challenges but people were conscious and careful throughout. Their cooperation and support have been commendable. Other strategies deployed by the Kolkata Traffic Police reveals how roads and other constructions have become better. The pandemic may have hit us badly but it did not stop the developmental projects and other festivities that went on smoothly.

Road accidents have decreased over the years:

If we look back at 2020, it was recorded as one of the best years since it saw the least number of road accidents (201) in the recent past. Kolkata Traffic Police has a well-equipped traffic engineering team that analyses every accident — right from how it happened to its loopholes. Several black spots have been identified in the cities where accidents keep happening regularly and efforts are being taken to improve the signalling pattern and road markings in those areas. For instance, there is one bridge near Alipore Zoo that was known as an accident-prone area. We introduced blinkers and other signals and gradually over time, accidents reduced in that area. Kolkata Traffic Police ardently follows the 3Es – Enforcement of rules, Engineering (Traffic engineering) and lastly Emergency response (emergency ambulances) for smooth and efficient management.

Pollution control in the state:

The Anti-Pollution wing of Kolkata Police maintains strict vigilance and takes necessary steps to keep the pollution level under check. This is why vehicles over 15 years are not meant to be on the streets and drivers driving them will be prosecuted. Regularly, pollution emissions of vehicles are checked. Proper anti-pollution norms and guidelines have been laid out for drivers and general citizens alike. Such steps ensure healthy driving and better traffic management.

Biggest motivation as a police officer:

The main motivation that drives me every day is knowing the fact that we are the first responders to every situation. The fact that people move away from a situation and we march towards it is an exceptional endeavour in itself. To wake up every day knowing that we have to face a different set of challenges keeps us on our toes. Work is never boring as each day is new and exciting. We don’t have any routine and this acts as a driving force for us.

How has policing evolved over the years?

One of the biggest areas where policing has drastically evolved is in its information and communication segments. Today, we are living in an open society where information can be available to all due to RTI. Everybody and anyone can demand information and can communicate effectively with the police. Earlier, the communication process wasn’t this easy but now, people can use the digital space to express their concerns which is a huge plus for us. Again, with ease of getting information comes the problem of misinformation and fake news as well that needs to be handled cautiously. With all the changes taking place, policing is slowly coming of age and embracing the new normal.