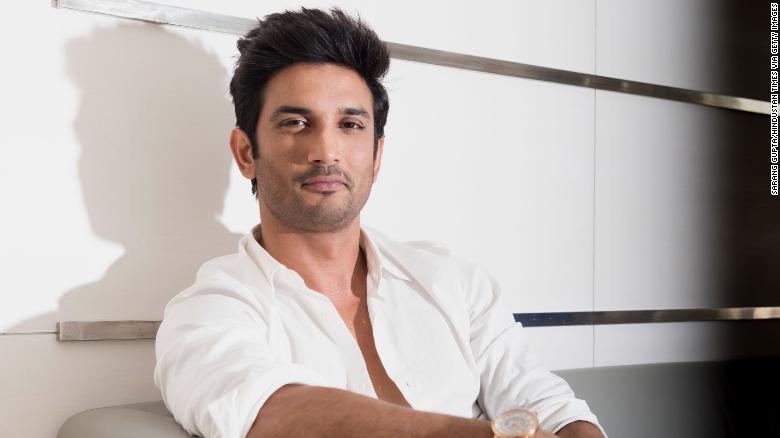 With the sudden demise of the 34 year old actor Sushant Singh Rajput on the 14th of June, there are many speculations apart from the Mumbai Police investigating the actor’s suicide. No one really knows what triggered the actor to take his own life at his Bandra residence in Mumbai. On the other hand, people close to him along with a section of the film fraternity are alleging that Sushant felt prey to depression because of nepotism in Bollywood.

Depression is the second most talked about illness in India nowadays, especially among the youth. The Optimist News spoke to Kolkata based motivational speaker Indrajyoti Sengupta who is also the disciple of Sri Sri Ravi Shankar. Sengupta suggest ways for people to work on life and escape negative thoughts piling up in the mind in a cut-throat competitive world. Sengupta also feels that if depression has already affected anyone in the immediate surroundings, here is how can it be identified and cured at the right time.

Insecurity- Emphasizing the setbacks in life one goes through, Sengupta explains that everyone goes through insecurity at some point of time in their lives. However, at the same time if people keep their consciousness active and meditate and perform sudarsan kriya, it can help to fight against those negative thoughts.

Indiscipline- The second most important factor that triggers depression is an in-disciplined life one lives. It is quite important to have a disciplined life where there is a structural plan for the day and followed properly to keep any negative thoughts away from the mind.

Practicing Gratitude, Being Grounded- One should always be grateful to live and contribute back to the world as God is working 24X7 on all of mankind. It is the duty of human beings to give back to the world, which will make the mind happy and be the reason behind someone’s smile.

Killing Ego- Ego is another major reason one’s mind gets clouded with negative energy. One can avoid egoistic emotions by keeping a distance from excessive influence of social media, not keeping a bigger friend’s circle but a smaller one instead, chat less in the virtual world and chat more in the real world and read more of good books which is an example of what a daily routine should look like for personal development.

If one feels like he/she is getting into depression, reach out and talk to people. Try to speak to people and if not a familiar person, go to a counsellor and pour out negative thoughts

forming in the mind. As for depressed persons, it will be difficult to directly get into yoga because of multiple thoughts going in their minds. However, a blend of yoga, physical exercise, sudarshan kriya and taking the medical course can bring a depressed person back to normal life.

Depression is a serious illness that needs to be cured at the right time before damaging the human mind completely. It can lead a human being to commit suicide, though not all depression cases end like this. In some severe cases, people feel committing suicide is the only way left.

Talking further on Sushant Singh Rajput’s suicide, Sengupta feels that the actor was suffering from tremendous insecurity issues, be it in the form of relationship, work or other thoughts. He let the negative thoughts cloud his mind.

“Why get into a depression on the first take? Like in the case of Sushant, he was suffering from tremendous insecurity in his life in recent times related to relationships and work. He had a dream picture in the back of his mind which he wanted to fulfil. He must have thought, I have to achieve it, which is another negative point to get into the insecurity zone after you feel like you are unable to achieve those do to lists.” Explains the motivational speaker..

“The little I understood about Sushant’ case is that he had multiple relationships. All of these have a negative impact on the mind, because the relationship is something which we treasure like I treasure all my associations. To be happy, you need to have a positive relationship and I felt there was dearth in the actor’s case. The second thing is, you need to be grounded. Like to be a Shiv bhakt and attain Shiva, people cannot look through a telescope and ask people to chant OM, it is going to never happen.” Expressed the speaker.

Sengupta further spoke of the importance of meditation. “People who meditate on a daily basis are in a joyous state always. Their state of mind is a happy one and they have clarity about life. Meditation is like that piece of the cloth which will actually help you to touch your mind. In the mind, a lot of dust gets scattered. As you grow up and experience all of those things such as toxic thoughts, bad results and ego, it is meditation and breathing exercises like the ones taught by Sri Sri Ravi Shankar performed daily to clean the mind. You will know what life is thereafter.”

If a person is cheerful on their daily routines and suddenly stopped talking, or isolate themselves, understand that these are one of the symptoms of depression and try to have a conversation with the person to make them feel better. Talking is the first step to help letting go of all negative thoughts.