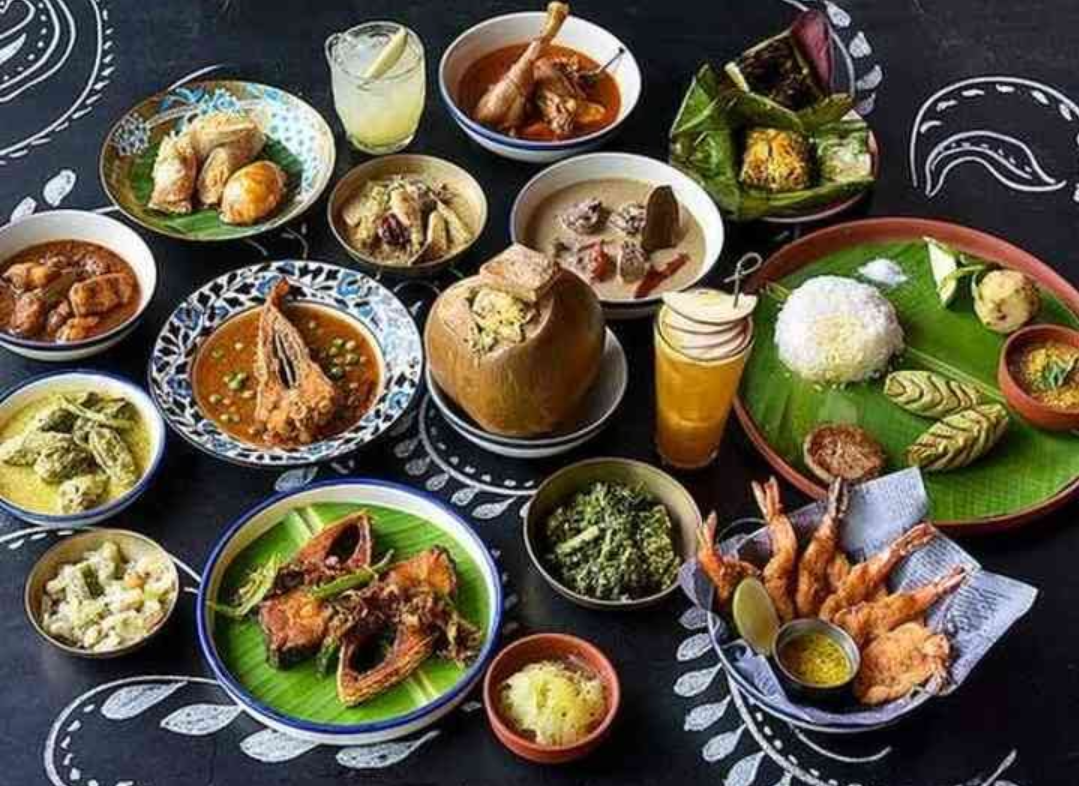 One special characteristic without which Bengalis are incomplete is “Food”! Whether it’s plain “daal-bhaat and maccher jhol” or the lip-smacking “kosha mangsho” or the spicy fast-food from the roadside joints which includes everything — from phuchkas to bhelpuri, papri chaats and the quintessential jhal muri.

In Bengal, there are two to three sectors which are immensely successful and most sought-after: one is hospitality, another is education but the primary business area is food. People love to eat and savour different kinds of food, try different types of cuisine and experiment with flavours and styles to satisfy their taste buds to their fullest. Sumanta Chakrabarti, Corporate Chef, Ambuja Reality says “Earlier, experimenting with cuisines such as Mexican and Thai was frequent in places like Bangalore, Bombay etc. but now I see that even Kolkatans are gradually opening up to more and more choices and getting ample amount of exposure and are willing to experiment with food.” Bengal has had a sharp rise in terms of growing restaurants and food joints. We have more food enthusiasts and food experts coming up nowadays who are willing to start off with their own unique ideas about multi cuisines. Who could tell a couple of years back that people of this city would love to taste Lebanese food? Thus “Go Lebanese” came into the picture and is running successfully. Till date, we Bengalis were fond of Ilish and Bhetki but now we are keen to try seafood like squids, crab and octopus even. Thus, we have the famous ‘Ocean Grill’ for trying out different tastes and styles. Different types of restaurants are coming up and trying to identify the changing taste buds of the people across the state.

Ø The stronghold of the government on the food industry

The government is putting a lot of efforts to provide adequate food supply to each and every corner of the state. It is said that food production received a huge boost because of its strong agri-horticulture resource base. Sources say that “India is the world’s largest agrarian economy with 14.35% contribution to GDP”. In fact, in terms of food and agro-processing sector, West Bengal is among the top three places to have earned a reputable position for the production of vegetables and fruits. West Bengal accounts for 30 per cent of potatoes, 27 per cent of pineapples and 16 per cent of the rice production. As per the distribution is concerned, a number of avenues have been selected for ensuring good supply of food and agro products to the citizens. The ration shops are available which supply food grains at very subsidized rates.

A number of plans and policies are being set up to specifically focus on the production and distribution of food and is simultaneously encouraging on processed foot such as jams, jellies and other horticulture items. The recent policy that the Prime Minister has come up with is the Pradhan Mantri KisanSampada Yojana to boost the Indian food Industry, which promotes food parks, assures food safety and quality and sets up infrastructure for agro-processing clusters as well. “According to NABARD, during the five-year period of 2011-12-2016-17, the ground level credit under the priority sector has grown three times from Rs 28602 crores to Rs 86045 crores” (Source: Intueri). Also, West Bengal being one among the top three states for agro-horticulture products, production is self sufficient due to which, the state can cater to individual needs fulfillment. There is no dearth of supply and the demand for food is ever increasing.

The government of West Bengal has taken ample steps to boost the overall development of the food industry in the state, thus providing a strong and vital linkage between the agriculture, food production and distribution and the food industry overall. For instance, the famous food festival in Bengal — the “Ahare Bangla” — is a very strong initiative on the part of the government to boost food tourism and industry in Bengal. Through this festival, many food chain holders and food joint owners can get a good opportunity to showcase their food and cuisines. In fact, a number of other festivals are organised in Kolkata which cater to likings of the people and are growing in number.

Debaditya Chaudhury, Managing Director at Chowman says: Bengal means food and Bengalis love to eat, and this is why so many different food joints are coming up. People have more choices than before. These food festivals are a great way for promoting one’s brand and popularising their cuisines, even though the ROI isn’t that high. However, I feel, people in West Bengal are keen towards experimenting with food and festivals like “Ahaare Bangla” are the most appropriate ones to try new dishes and be aware of different restaurants and food joints.

Sumanta Chakrabarti, Corporate Chef, Ambuja Reality mentions “Food festivals are a good place to learn and gain great idea and exposure about the industry which is very important”. Whatever is substantial and whatever is balanced and caters to their taste buds, people will automatically like that and accept it”

In an interview with Jyotipriya Mullick, Minister of Food & Supplies, Government of West Bengal, clearly mentions that he was very happy to visit the “Ahaare Bangla 2019” and feels that since Bengalis love to eat, this is a brilliant idea on the part of the government to provide a plethora of options in food for the people of West Bengal. “I wish the festival could last for a week so that people can relish and eat as much as they want to”. Also, speaking of employment generation, he mentions: “So many people are getting employment opportunities and festivals like these create more scope for not just jobs, but different food joints, both small and big ones that can come forward and showcase their brands and generate more business. This is a brilliant initiative our Chief Minister has taken and this should continue for the upcoming years as well because food makes people happy and such festivals should be organised frequently”.

In respect to recognition of cuisine and boosting the overall food industry, Sushmita Mukherjee, Joint Secretary, Animal Resources Development, Government of West Bengal, says: “I think these food festivals and melas are the best ways to promote various varieties of food and cater to different tastes. People do not get all types of food everywhere and under one umbrella varieties and exclusive delicacies are provided to the masses. In fact, according to me, this is a boost not just for the entire food industry in India but for the entrepreneurs and food lovers as well”. Speaking of the cultural diversity, she mentions: “International cuisine get a fair chance to display. Once they get recognition they can expand and thus it increases the scope of increased FDI. This is because today a number of international food chains are opening up in various parts of Kolkata because they are gaining more popularity.” Stressing on the cultural diversity and revenue generation through food festivals, she says: “It definitely creates a good scope for employment and is a great inspiration indeed. In fact, a number of unique dishes like turkey, meat, fish, rabbit etc are being sold here and the Livestock Development Corporation has taken the initiative to sell these in the markets. These food festivals promote such products and create more awareness and hereby the supply and demand increases somewhere”. Also, the additional employment which is created through these fairs and festivals is remarkable.”

With these food festivals and fairs increasing, the industry is growing in nature and simultaneously encompassing other factors around it such as revenue generation, higher FDI, greater scope for business, more awareness for various food products and increasing scope for employment. To sum it up, the food industry in Bengal has a bright future ahead and is taking big strides in that direction.