More
More
HomeUncategorized‘My goal has always been to push for affordable yet quality healthcare... 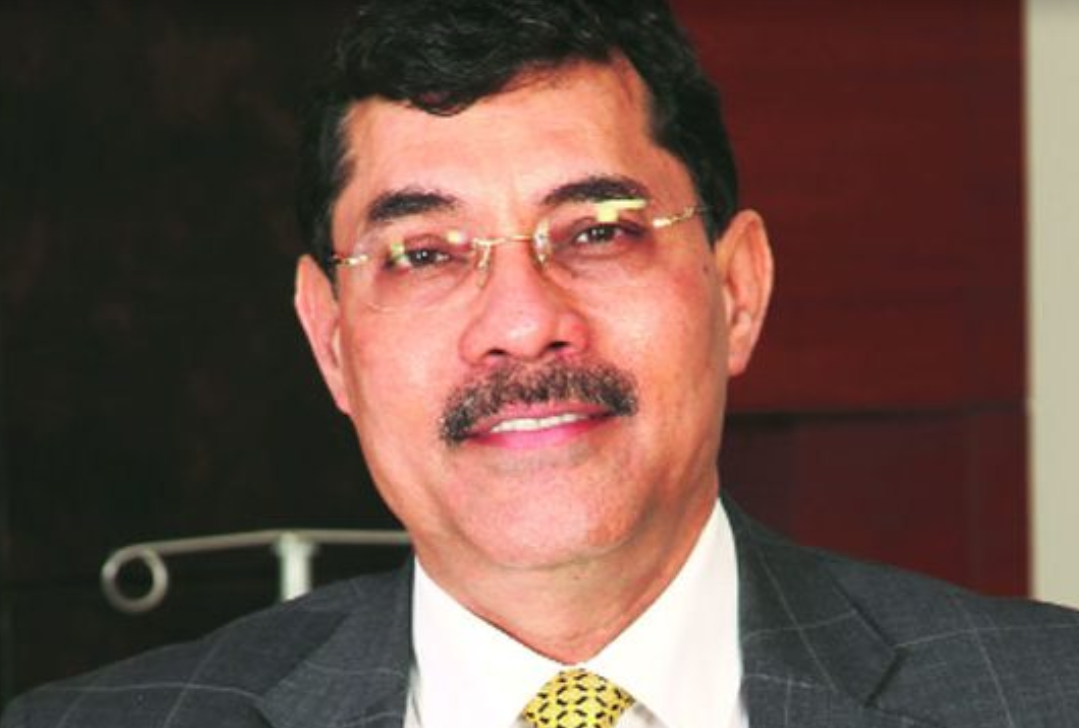 Director and Group CEO, AMRI Hospitals Limited Rupak Barua speaks about how the Group has carved out a niche of its own in the healthcare sector, providing top-class treatment with up-to-date equipment and proficiency

Promoted by the government and fuelled by the corporate boom in medical care, West Bengal is increasingly seen as the favoured destination of “medical tourists” who cross international boundaries to seek cheaper treatment.

Medical tourism is a multi-billion dollar industry promoted by governments and medical industries along with tourism.

The role of Kolkata as a medical tourism hotspot is significant among price-sensitive patients from lower and middle-income countries including Bangladesh, Afghanistan, Nepal, Myanmar, Bhutan, Pakistan and Nigeria. These countries form a major segment of the Indian medical tourism demand.

The patients from as far as Africa and West Asia are coming to the city to access the huge pool of experienced and skilled doctors, paramedical staff and advanced facilities at affordable rates.

While all units of AMRI Hospitals receive a steady flow of patients from the neighbouring countries, as well as from far away Africa and Middle-East, IVF, organ transplant, cardiology, oncology, orthopaedics, ophthalmology and dentistry are some of the disciplines patients seek treatment in. The healthcare market in India is estimated to touch around $12 billion by 2020 with trends showing a growth rate of around 30 per cent, of which business in Kolkata will receive a significant share.

Setting new quality benchmarks is an important aspect of the organisation’s growth. AMRI Hospitals brings to the table a class of its own, making the healthcare group a major player in keeping Eastern India ahead of the curve.

The Group treats more than 3.5 lakh people every year and conducts around 15,000 surgeries annually, providing value-for-money services, backed by advanced equipment and latest technologies. The hallmark of AMRI Hospitals is a committed team of doctors and caregivers, who take up the challenge of treating the most complicated cases, besides stepping up to handle Emergency and Critical Care with dedication, expertise and compassion. Over the last three decades, the healthcare Group has made immense contributions to the lives of people, not just from Kolkata and the rest of Eastern India, but also from other parts of South Asia and the world.

What kind of impact do you intend to make in the Indian healthcare space?

My goal has always been to push for affordable yet quality healthcare to patients. I would like to believe that as part of the AMRI Hospitals and in my role as a representative of the industry in various forums, I have been able to follow a thorough approach. While the Indian healthcare space has its weaknesses and needs to improve in some areas and continuously develop in order to match pace with the rest of the world, the overall scenario offers confidence that we are not in a bad spot. In India, we provide almost the same quality and technical support that is available in the developed world but at a much lesser cost. As an individual and as the leader of a large Group, I have always tried to add value to the wider healthcare sector as a whole so that we can make treatment easier and more affordable for people in general.

Turning back the pages, AMRI’s legacy originally takes us back to the last decade of the 20th century. In the early 90s, the Government of West Bengal was in pursuit of a private operator who could assume the charge of a state-owned polyclinic at Dhakuria, Niramoy. The opportunity came to Emami Group and without much delay, it established a super-specialty hospital. In 2009, after almost two decades, the hospital’s name was officially changed to AMRI (Advanced Medicare & Research Institute) Hospitals Limited. It was a significant role play by Emami.

Emami helped this AMRI Hospital to grow by giving all possible support so that it could grow. December 2011 fire — an accident that killed at least 92 people — AMRI was wallowing in losses but consumer goods-maker Emami, which controls the hospital chain, isn’t giving up. They pumped crores of rupees from the Group’s coffers to keep AMRI afloat.

Today, AMRI Hospitals is one of the major players that keeps Eastern India ahead of the curve. The hospital is rich with a committed team of doctors and caregivers who are well trained to approach patients empathetically and take up the challenge of treating the most complicated cases.

Boasting of a fleet of several thousands of healthcare professionals, AMRI Hospitals has provided a plethora of latest equipment and technologies, the most notable are O-ARM, the latest technology in spine surgeries, which is available in only a handful of hospitals in India. It also has ECMO, the most advanced form of the heart-lung machine, which is used in emergency cases, where a patient needs to be treated with the utmost care, when the person’s heart and lung are not operating normally, even on a ventilator. The hospital recently introduced Shockwave, the latest in ultrasound-guided stent therapy, where sound waves are used to break through calcification along the arterial walls, to implant balloons and stents. AMRI Hospitals also boasts of one of the best laboratories in Eastern India, capable of analysing and coming up with even the most compacted test results within a matter of hours.

Are you planning to have possible tie-ups with some hospitals in the North-Eastern region?

Yes, we are having a lot of attention in the North-East. We have started coming up with clinics; our doctors have started moving to the North-East including regions like Agartala, Silchar and now we are looking at Imphal and adjoining areas. We have our own set up in Odisha. As such, we do not have any intention for tie-up or any merger acquisition in other cities.

AMRI Hospitals has always been at the forefront of working towards reducing its carbon footprints by undertaking several green measures. The two AMRI units of Mukundapur and Bhubaneswar received the Green OT Certification for using eco-friendly anaesthetics, which do not contribute to global warming. Green OT, a Make-in-India certification protocol, is aimed at making operation theatres safe and conducive to the environment. The Certification is offered by Bureau Veritas, a global leader in testing, inspection and certification, in association with Abbott, a global healthcare giant.

AMRI Hospitals is also one of the first hospitals in Eastern India to start rainwater harvesting at its Dhakuria unit, with a state-of-the-art water treatment plant. The hospital has launched an extensive initiative to prevent the use of plastic in all forms and has pledged to go completely plastic-free by 2022. The Group has already started shifting from plastic bags to paper bags to deliver reports and other documents to patients. In a unique initiative, AMRI has started gifting saplings to every patient on their day of discharge across all its units.

AMRI provides a holistic education for medical students to serve patients better. The AMRI College of Nursing, Bhubaneswar is one such prime education institution.

The AMRI College of Nursing at Bhubaneswar provides varied opportunities for a nursing student, letting them choose between clinical practise, advanced education, research, management, administration, occupational, and industrial nursing. The faculty members have excellent records, with the laboratories well-furnished with models, mannequin and teaching aids, allowing students to practice all procedures in a simulated environment before their placement in clinical settings. The college library is a treasure house of latest editions of nursing books and journals. AMRI Hospital-Bhubaneswar provides the clinical area for nursing students, where they get rich exposure in a clinical setting to develop competence.

The objective of the institute is to provide nursing care based on critical thinking, decision making, utilisation of latest trend and technology within the code of ethics for preventive and restorative care, besides developing leadership in the field of education, research, management and administration.

Three units of AMRI Hospitals — Dhakuria, Mukundapur and Bhubaneswar — have been awarded accreditation from the National Accreditation Board for Hospitals & Healthcare Providers (NABH), one of the highest accreditations for healthcare service providers across India, which gives the bearer of the certification the seal of quality.

Set up under the Quality Council of India Certification, NABH has an exhaustive healthcare standard for hospitals and healthcare providers, consisting of stringent 600-plus elements from both patient-centred standards and organisation-centred standards a hospital needs to get the recognition.

The AMRI Hospitals units of Dhakuria, Salt Lake and Bhubaneswar have also been awarded accreditation from the National Accreditation Board for Testing & Calibration Laboratories (NABL), from the autonomous body under the Government of India’s Department of Science & Technology, making AMRI’s labs at par with any other accredited laboratories around the globe. A 2010 survey conducted by the Quality Circle Forum of India also ranked AMRI Hospitals, Salt Lake first among all hospitals in Kolkata for exemplary management of bio-medical waste, second in operational excellence and time management and again a second rank for patient services.