More
More
HomeUncategorized'My main focus is not just on policies but its fruitful implementation... 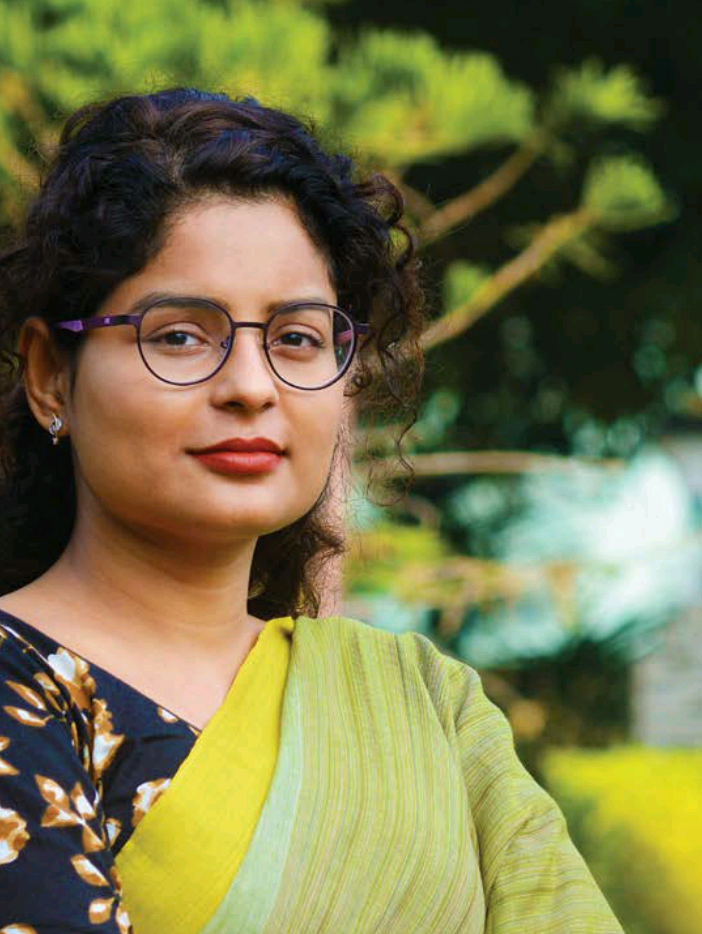 Ans: It was a pre-planned decision for me because my father was a Sergeant and I was always fascinated by the Civil Services. As a child, you do not always realise the responsibilities of the job and work pressure but what strikes you is the value, power and the glamour that comes with the position. The fascination of being an IAS attracted me. I went on to pursue my graduation in medicine from RG Kar, Kolkata. As part of the curriculum, we had made several visits to several villages and rural areas but the desire to become an IAS was always something that remained on my mind and slowly, I realised that I was born to be a Civil servant and get into the realm of bureaucracy. I realised that I could reach out to a large number of people and I could diversify my ambit. Hence, after my MBBS, I started with my Civil Services preparation and my journey to become an IAS began.

1. In India compared to all other cases, MBBS in itself a very rigorous course and requires a lot of preparation. And Civil Services examination is altogether a different course. How did you manage these two?

Ans: It would be wrong to say that from my initial MBBS days, I started with my Civil Services preparation. Five years of MBBS course itself is very rigorous and tedious. But I was lucky to have medicine as my optional paper that helped me in my preparation as well. But immediately after my MBBS, my entire concentration was on Civils. If you really put your heart and soul into something, it is not difficult to achieve both ends.

2. Any particular reason for choosing IAS over all the other Civil Services?

Ans: Right from the beginning, IAS has always been a constant driving force. Of course, when you qualify the Civil Services, you come across various lucrative services which give you the value and status along with responsibilities but IAS has always topped the list for me. That is a domain which has always attracted me since childhood.

3. Your journey from Varanasi to Raghunathpur — was it a reality check or you were mentally prepared to meet the challenges?

Ans: We are always mentally prepared to travel to various remote areas and suburban areas because, during our one-year training in the academy, we are sent to different rural belts. It is a regular thing for Civil Services because when you are in administration you have to visit those regions and meet the masses. But what you get out of it is a reality check because when you visit there, you see the real picture of deprivation and the struggles that people living there go through. That is when we understand the gap between what comes out in the media and what happens in reality. So yes, it is a reality check for most of us.

Ans: What distinguish you are your capabilities and your competence. But the more we diversify our services, the more we can bring in varieties, collective opinions and different perspectives which are very important. Talking of a doctor IAS, of course, he/she will be an asset to society. Doctors can bring about a certain discipline. Also, I believe as doctors, we can bring about health-centric policies which are immensely important in our society. As a doctor, we reach out to the grassroot level and address the problems. Similarly, in administration, we try to reach out to the masses and identify the problem. So personally, since doctors can bring about a good change in society, I think a doctor-IAS officer should be encouraged to work more to bring about positive developments.

5. Purulia is gradually developing in its own way and a lot of schemes are coming up too. Out of them, which are the policies which you are focusing on right now?

6. There has always been a debate that India needs more and more women bureaucrats in governance. How should women involve themselves more into policing and governance?

Ans: I think today we have 30 per cent of the women in governance, which is a considerable development in India. I think we have come up a long way. But considering that we constitute 50 per cent of the population it is depressing. This disparity will not reduce in a day and needs time. But, we as women are participating in policing and system, which is a positive sign. Also, we have women stalwarts who have inspired us for a long time. I would say the change is slow but it is visible. What is important is that society should change its perspective.

7. Purulia has a huge tribal population compared to all other places. As the SDO of Raghunathpur, how do you plan the activities which will lead to the development of the tribals and cater to them?

Ans: Catering to the tribal populace is a very sensitive issue and our District Magistrate pays special attention to the tribal villages. Every week, we pay a visit to the villages and get feedback from them so that we can deliver the best possible services to them. Also, we have categorised specific tribes who are in need of special attention and we work accordingly. So, it is about creating policies for them and ensuring that it is implemented properly.

8. Any specific reforms from your end which you would like to implement to bring about an overall development?

Ans: I think India in itself is a welfare state and so is Purulia. Therefore, all the policies centre on the welfare and development of the people of the state. As an SDO, my main focus is not just on policies but its fruitful implementation on one and all in spirit, which will change the overall situation and will be for the greater good of the state.

9. Any message for Civil servant aspirants?

Ans: If you desire something from your heart and soul, you will achieve it. It is not a bed of roses but requires a lot of sacrifice and dedication. It takes a lot of courage to do something for society and the country, so one has to be focused and genuinely involved in it.